When Your Dreams Are Broken – Sheridan Voysey

The heartbreak for a couple to learn their dream of having a child could never be.

This was the situation for Australians Sheridan Voysey and his wife Merryn who now reside at Oxford in England.

Sheridan is known by many as a writer, speaker and broadcaster on faith and spirituality and whose beginnings were here in Australia.

Sheridan was hosting a show called The Open House Program before moving to the UK in 2011 where his time is taken up with book writing, speaking engagements and some broadcasting.

“It’s a new season for us now. I’m primarily writing books. ‘Resurrection Year’ and ‘Resilient’ are two of six books that have taken me to various places around the world,” said Sheridan. The book Resurrection Year that helps people recover from their broken dreams has been the main driver creating demand for his services.

Sheridan’s no apprentice when it comes to writing books. In 2006 ‘Unseen Footprints’ was the Australian Christian book of the year. Also ‘Resurrection Year’ was short-listed for the Evangelical Publishers Association Book of the Year Award in the US.

‘I really want the book to reach the heart’

“It’s a huge, huge award. There’s literally thousands of books in the category so I was happy to be short-listed.”

“It just means that your effort has been validated to some degree. But ultimately I really want the book to reach the heart. That’s my prayer every day when I write,” Sheridan explained.

The content for the book and its broken dreams had its beginnings in the Voysey household in the year 2000. Sheridan said his wife Merryn walked into the kitchen and said ‘I think it’s time to start a family.’

‘Wandering in the wilderness’

The couple were five years into their marriage and the months that followed were expected to be viewed with a heightened degree of excitement. But it wasn’t to be.

“For us it was expectation followed by disappointment. It was nine months before we had some tests done. Those tests revealed a problem on my side,” Sheridan shared, saying it was the beginning of what he called ‘wandering in the wilderness.’

Sheridan explained what it’s like as an infertile couple. The upside of being childless is having the extra time to travel or sit in a café on Sunday mornings sipping lattes and reading the paper.

‘Other times the pendulum swings the other way’

“You just want to hold ‘a little us.’ We tried everything. Special diets, special supplements, even chiropractic treatment, I don’t know why but you try everything,” said Sheridan. This included In Vitro Fertilisation (IVF).

“We tried IVF firstly in 2006 and again later on. We also applied for adoption. We waited two years followed by an eight month assessment, for almost three years in the NSW adoption process.”

“We waited for the phone call to come and pick up our little son or daughter. The phone call never came,” Sheridan lamented, and said they also tried healing prayer.

‘There was never any answer to prayer’

“We believe in a God who intervenes and one night a group of people gathered in the lounge room to pray for us, to pray for me and I burst into tears,” Sheridan confessed, saying to cry is not normally something he does.

But with each one of these things there was never any breakthrough for Sheridan and Merryn.

“There was never any answer to prayer. We never got to the promised land,” said Sheridan.

The journey in search of a child for the Voyseys that began with that conversation in the kitchen ten years prior, ended in December 2010. There was a phone call.

It was the IVF clinic. The nurse on the phone told Sheridan’s wife Merryn, ‘It’s all looking good.”

It was the final embryo they had transferred and Sheridan and Merryn had decided after this one there would be no more IVF and no more adoption attempts.

“If this doesn’t work we’re moving on as a childless couple. So to have that phone call was astounding. And all of our family and friends were breaking into jubilation. They couldn’t believe it. God had finally answered the prayer.

It was on Christmas eve when the Voyseys called the clinic to learn the results of the last blood test. 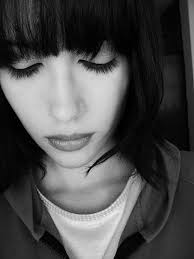 “This was because there had not been a baby. The IVF drugs had created a gestational sac but there was no baby in the sac,” Sheridan recalled. That ended the ten year dream.

They were in Brisbane and it was Christmas eve but because of the news they didn’t want to celebrate the next day. So that night they packed their bags and headed home for Sydney.

“God, this is cruel. Leaving us in this wilderness”

“We stayed half-way at Coffs Harbour and found a motel. Merryn collapsed on the bed in tears and I pulled out my journal and wrote these words.”

“God this is cruel. Leaving us in this wilderness. We’ve been walking around in circles for years, tired, empty and confused. One minute we’ve glimpsed the promised land but the next minute You’ve barred us from entering it.”

The dream died then and there. It was the pivotal turning point in their lives from that moment on.

‘You need to grieve’

20Twenty host Neil Johnson asked Sheridan a crucial question. When and how do you start to come out of a dream that’s died? 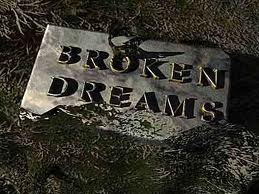 Sheridan said he counsels people not to run too quickly and admitted they had done a bit of grieving already. But that wasn’t over.

‘Merryn’s relationship with God was shot’

“You’re not really in a state to think about new dreams and to pursue new visions.”

A key to moving on are the four R’s.

“Number 1 – we had a REST. Number 2 – RECREATION. We started to do those things that were life-building for us. Recreation is literally re-create. It might be sport, music, a hobby, something like that.”

“Number 3 – RENEWAL. Merryn’s relationship with God was shot and she had to start a long process of rebuilding.”

‘We didn’t even get a NO from God’ 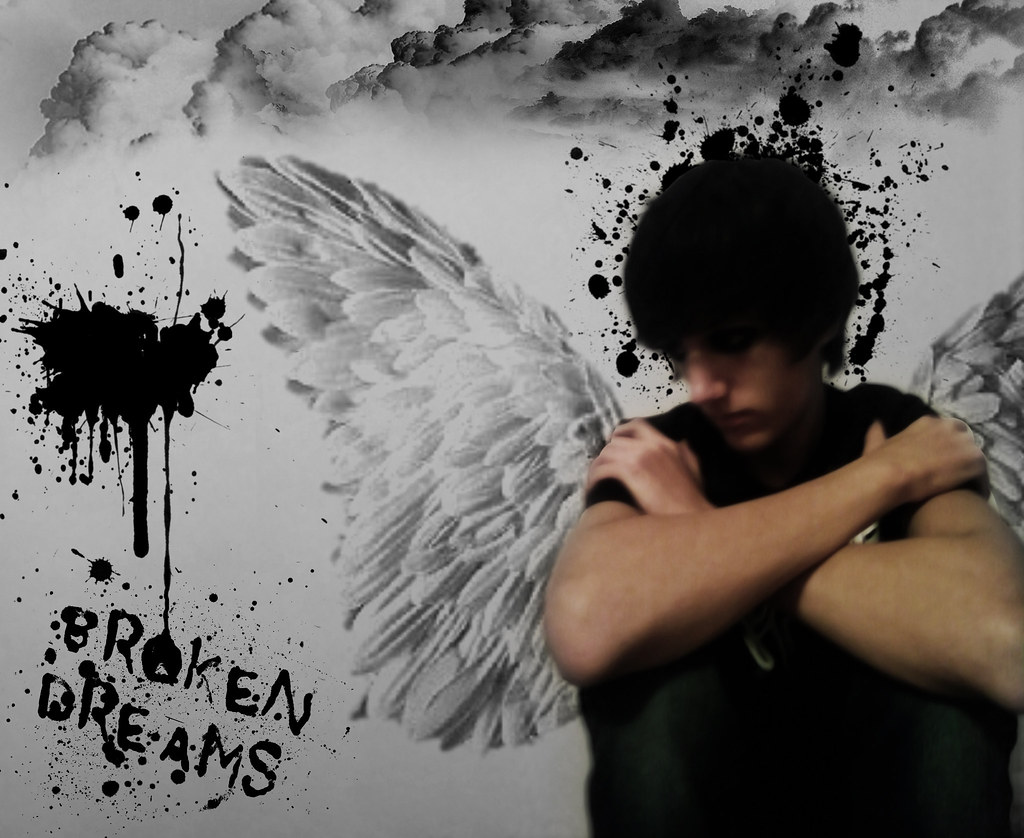 “Merryn wondered why God had simply not said ‘No’. A no from God would have been a mercy. Because we could have stopped the pursuit, grieved and moved on.”

“But we didn’t even get a ‘No’. Now 6 years after that I’m now starting to see the reason why we didn’t get a no.”

‘A dream fulfilled is a tree of life’

Part of the new dream and vision was on its way. The couple got the nod to move to the UK.

“Merryn was offered a job at Oxford University which was an astounding outcome. It was a wonderful opportunity for her to start again.”

Proverbs 13:12 – Everybody knows the first bit, ‘Hope deferred makes the heart sick‘, the second bit is equally as important, ‘A dream fulfilled is a tree of life,” Sheridan quoted, adding that Merryn had really only had one dream, that was to become a mum.

‘Heal the eyes of the heart’

“Our whole business in this life is to heal the eyes of the heart so that God might be seen.” Neil Johnson asked Sheridan whether the passage of time, six years on, Sheridan could now see what God was doing all along.

Sheridan said you get to a point where you start to be able to join some of the dots.

“You go, Ahh, Ok. I see where that led to. And I see where this connected with that. And writing the book ‘Resurrection Year’ was a real part of all that. Doing that gave me a bigger picture of the whole story.”

‘The key thing is that you walk with God’

“I could start to see where the dots would connect. But that was only the beginning and with ‘healing the eyes of the heart’ there is a time process.”

Sheridan Voysey emphasized the key thing is that you walk with God.

“Even if you’re shaking your fist at heaven you keep on walking with God. That shows you still believe in Him, you’re still with Him, although you may not be very happy with Him.”

“You may be questioning His motives and everything else. You know God’s perfect but when you’re going through a wilderness period you start to question that. But be like the prophets Jeremiah and Habakkuk and just ‘let it all out’.” 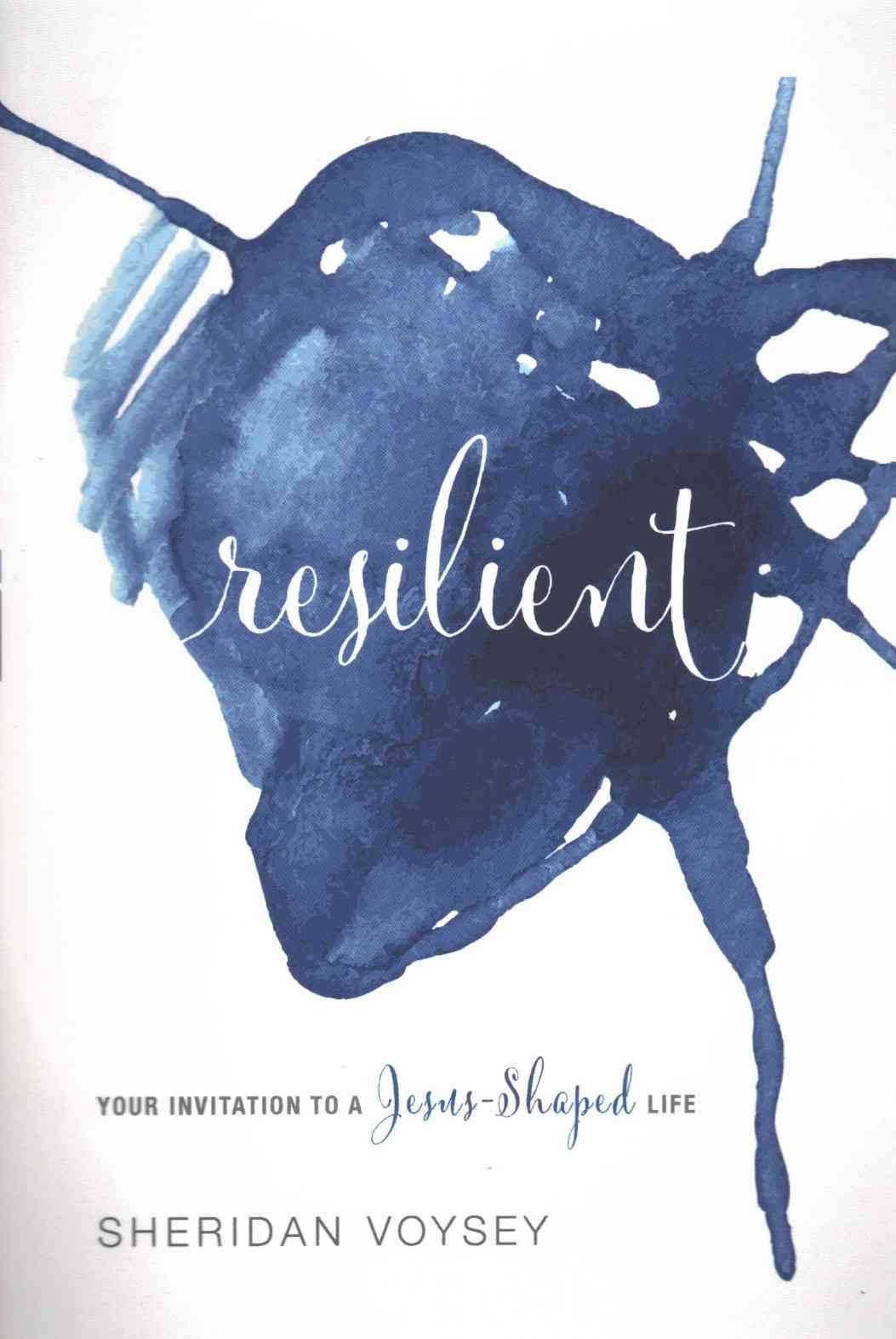 Sheridan Voysey is a writer, speaker, and broadcaster on faith and spirituality. His other books include Resilient: Your Invitation to a Jesus-Shaped Life and the award-winning Unseen Footprints: Encountering the Divine Along the Journey of Life. He has been featured in numerous TV and radio programs, including Day of Discovery and 100 Huntley Street, is a regular contributor to faith programs on BBC Radio 2, and speaks at conferences and events around the world.

Sheridan’s books are available through The Book Depository https://www.bookdepository.com