The Voice of God – Tania Harris

How do we know when we are hearing God’s voice?

“The big thing is to hear His voice above other voices, but first to realise if you want to get it right you need to understand that you can get it wrong.”

“In this new covenant other people have God’s Spirit too!” Tania declared.

Tania Harris is a household name across Australia especially when it comes to Vision radio listeners.

Tania’s program, God Conversations is heard every weekday twice a day on the Christian national broadcaster, so it could be said that Tania’s appearance on Vision’s 20Twenty program was well overdue.

Tania’s ministry God Conversations has been running for 10 years and has opened doors for Tania to visit many churches to talk about her experiences.

Recently Tania has undertaken further research at an academic level due to a couple of key questions that keep coming up.

“The churches are facing obstacles that need to be overcome. So my research has been very practical.”

“I’ve talked to about 50 people formally about their experiences which has been a lot of fun. Good ones and not so good ones,” is how Tania described it.

Tania Harris said we have theological ideas but we don’t know how to make it work in a practical way.

“We often test them on the altar of experience and some of that is two-thirds of the way true,” Tania confessed, saying much of what she learns flows through into her program God Conversations.

“It’s based on a core understanding that when Jesus said ‘When I leave the earth I’m going to send you My Spirit. I’m not going to leave you alone because My voice is going to continue to go with you.”

“And My Spirit is going to do to things. He’s going to remind you of the truth that has already been established,” Tania paraphrased.

She captioned that and said, who God is, who Jesus is, what He came to do, and our way to salvation, it’s these truths that have been well established and provide a foundation for our lives, before further paraphrasing the Lord’s words.

“But then Jesus said ‘I’m going to give you My Spirit. I’ve got so much more to tell you but you’re not ready for it, And My Spirit is going to tell you things to come.’”

“So I believe very strongly that the Spirit was given to us to live out our 21st Century lives. To really help us in the practical day to day questions that we face individually and in community,” Tania stated then mentioned some of those practical questions.

“What do I do about my job, my family, my friends, my health, what am I born to do? Those individual questions.”

Then it was on to the big 21st Century community issues.

“First of all, how do we discern God’s voice above the many voices that we hear. What is the Holy Spirit saying, how do we draw from the foundations of the Gospel that we’ve been given in the Scriptures, and how are we hearing God speak within the safety and accountability of God’s people?”

“That’s how it comes out in the show,” Tania shared.

20Twenty host Neil Johnson wanted to know how we can discern God’s voice in an age of perpetual noise. 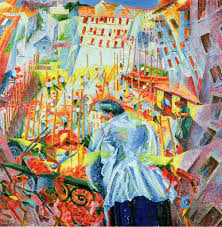 Can we elaborate on that? There’s the cacophony, a white noise of din and chatter from an ever-increasing multitude of voices, the videos spinning around in our heads, the relentless bombardment of media and advertising. How can God be heard?

“Throughout history that problem has caused this whole area of the spiritual life to be shut down.”

“People have made claims ‘God told me to hurt this person.’ Some of the stories through history. For example the Crusades. They believed that God had told them to go and kill the Muslims. Or, God told me to divorce my partner.”

“The big thing is to hear His voice above other voices, but first to understand if you want to get it right you have to understand that you can get it wrong.”

“Jesus said and the early church did this; they tested everything.” “And they understood there’s a difference between hearing a voice, which can be something within myself, my own ideas, or the enemy, or it could be from God” Tania clarified.

But there is a positive about hearing God’s voice in our noisy 21st Century.

“In this new covenant that we have other people have God’s Spirit too!” Tania declared, adding that the Spirit doesn’t contradict Himself. 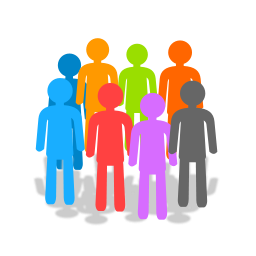 Tania said what she experiences time and time again is that God provides the witness of the Spirit within two or three people.

“There’s safety in numbers.” And another question Tania raised. Do we hear from God every day of the week or is it more like once every six months?

She said she’s come to the conclusion that different personalities will interpret different experiences in different ways. 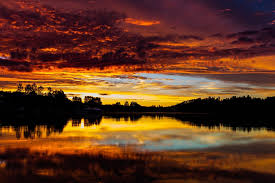 “I’m an analytical person I’m not very mystical. But I have a friend who’s very sensitive to spiritual things. She’ll walk into a room and say she can feel the atmosphere and the very presence of a spirit, and I’ll say no, I can’t feel a thing,” Tania said, saying she doesn’t hear God that often.

But when she does it’s really significant.

“I think we need to understand that God wants to speak to every single one of us, no matter what our personality is,” Tania tabled.

“It’s about going on that journey for every individual. To find out what is God saying to me right now and then working through that,” said Tania.

Tania Harris –  pastor, speaker, author and the founder of God Conversations, a ministry that equips people to recognise God’s voice.

Tania has been a church planter, pastor and Bible College lecturer.

Tania’s ministry is known for its all age appeal … wisdom … and ‘God-stories’.

When not ministering, she is most likely to be found kayaking on Sydney Harbour or climbing a tall mountain and skiing down it!

Tania is an ordained minister with the Australian Christian Churches. Hillsong is her church home in Sydney. Tania Harris can be heard on Vision Radio mornings and evenings relative to state time zones.