A Journey Through Grief to Joy – Nancy Guthrie That’s the title of author and speaker Nancy Guthrie’s new book…a book that will be much sought after given that many have suffered or are suffering from deep hurts.

“The reality is nobody gets through this life without some significant suffering, grief and loss. We all lose people we love.”

“We all have experiences of loss, whether it’s a person, a job, or a home or a position. Whatever it is we all lose in this life and we all struggle at times to make sense of those things.” 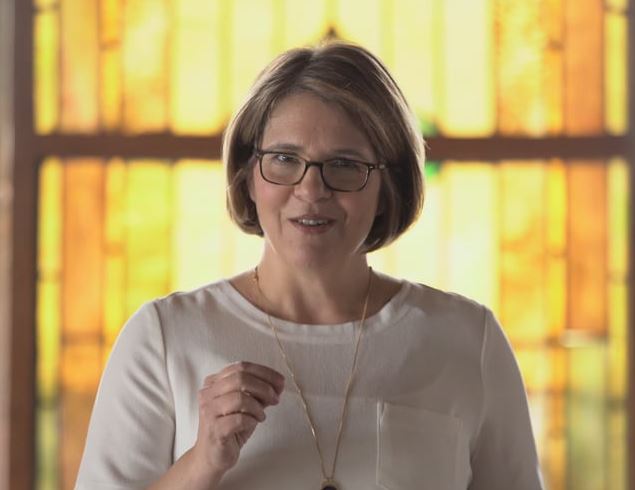 “The fact that we were able to get up in the mornings and stay married, and even more than that, being able to experience healing and joy.”

And equally of importance for Nancy Guthrie is the need to learn to laugh again.

A keynote speaker at the ‘One Love’ conferences in Sydney, Nancy and husband David are no strangers to grief and sorrow having experienced the deaths of two of their three children.

They lost their infants, daughter Hope in 1999 and a son Gabriel in 2001. Both were born with the rare genetic disorder Zellweger Syndrome.

The lessons learned through this tragedy were covered in her 2002 book, ‘Holding On to Hope: A Pathway of Suffering to the Heart of God.’

Nancy recalled it seems a lifetime ago, in fact 18 years since the last of those tragic events occurred, and at the same time, it seems like it only happened yesterday.

“When Hope was born we were told she would live just six months. Hope was missing a tiny subcellular particle that you and I have in every cell of our bodies called peroxisomes,” Nancy described, adding that these particles act as the cells ‘trashman’. They take out what are called ‘long chain fatty acids.”

After Hope died Nancy said she entered into a period of time that she described was like having a heavy boulder on her chest.

This led to Nancy’s ministry specialising in grief. She is gifted with the ability to articulate and put into words the deep anguish that most people cannot express.

Both Nancy and her husband David underwent surgery to remove from their bodies the deadly trigger for the syndrome that took their daughter’s life.

But pre-natal testing on their next child, Gabriel, revealed he also had the fatal syndrome. He lived a total of 183 days. It was out of that second devastating experience and the publicity accompanying the tragedy that led to inquiries of how best to handle these traumatic events.

“The fact that we were able to get up in the mornings and stay married, and even more than that, being able to experience healing and joy,” Nancy shared saying the invitations to speak grew out of that.

But Nancy wanted to make it clear she doesn’t always speak about grief and that teaching the Bible is also part of her ministry.

“What I hear a lot of times from people after I speak or after they’ve read my book, they say, ‘You are somehow able to put into words what I have felt but didn’t know how to articulate.” 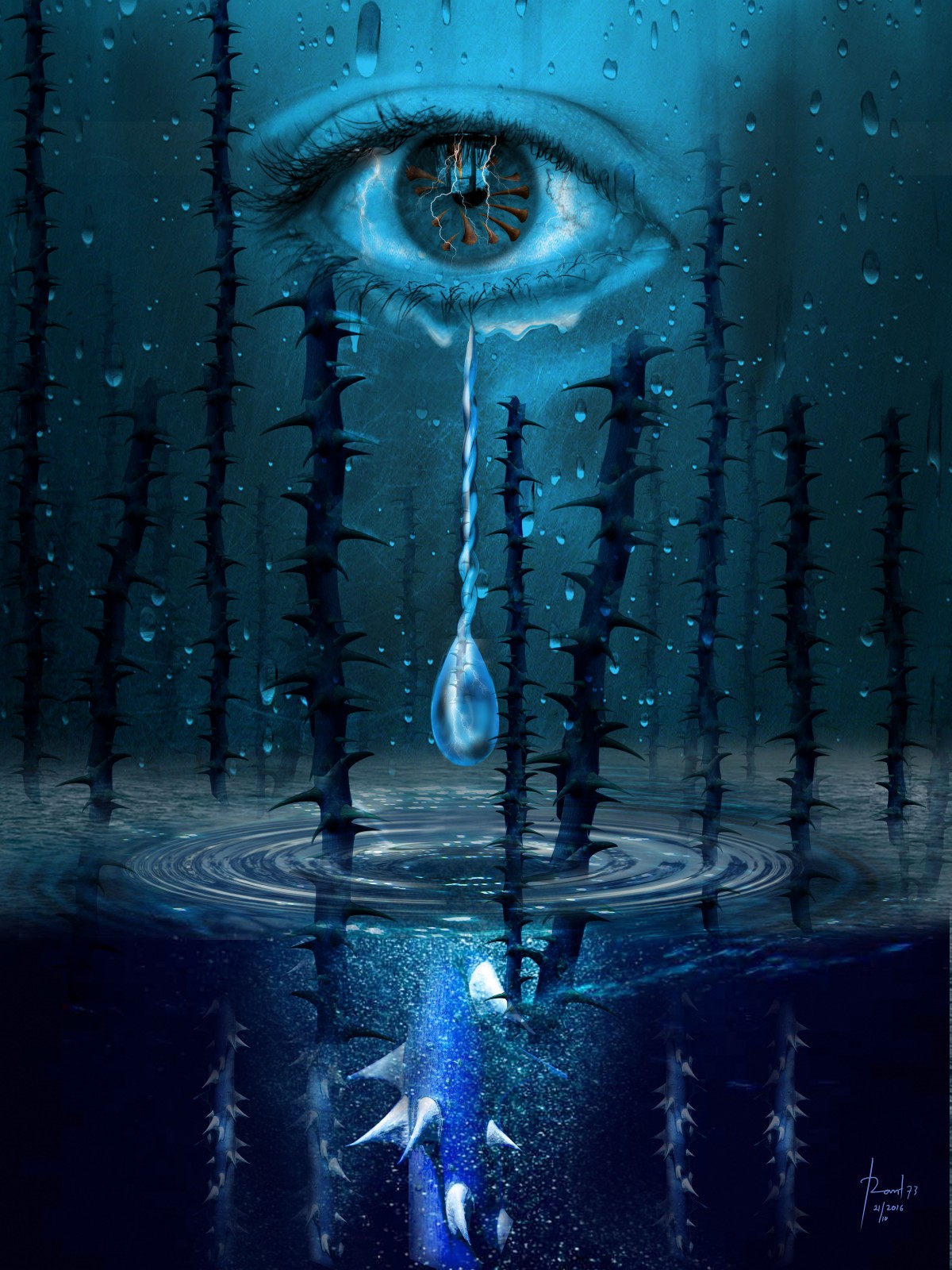 “And they tell me with a sense of relief, and the relief they’re feeling is ‘I’m not alone’.” Nancy explained that grief is so disorienting, we think we’re going crazy and we often think nobody else has ever felt this way.”

Then there are the relatives who are trying to comfort those in grief. Nancy said it’s common for the grieving persons to reject their presence.

“As hard as they might be trying to be there for us and to be understanding we sense that they just don’t get it. But when it’s people who have been through a deep loss who have come to hear me speak on grief and loss and God’s sovereignty through the midst of that, they really are looking for companionship,” Nancy outlined.

It’s on that basis that they’re able to listen. ‘How has she coped with this? How has God met her in this? How have the Scriptures made sense of this for her?

‘She gets how I feel’

Nancy said it’s a feeling they can relate to her and with others who haven’t had to go through such a loss, it’s a question of what would they do. 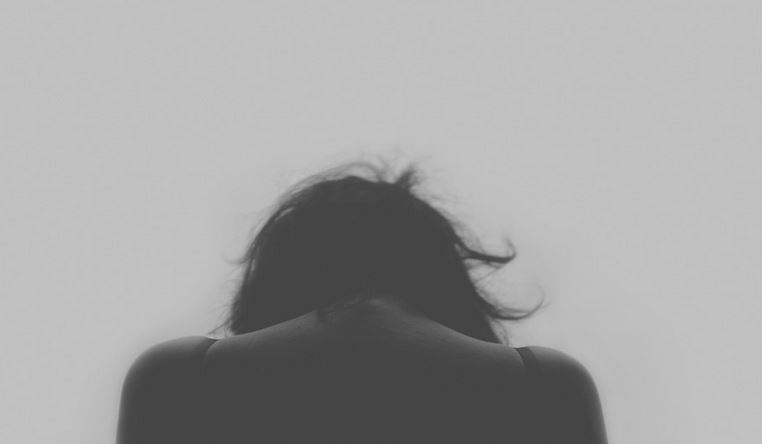 “I wonder how I would respond?” Nancy implied, saying she’s always glad they’re thinking it through.

“The reality is nobody gets through this life without some significant suffering and loss. We all lose people we love.”

“We all have experiences of loss, whether it’s a person, a job, or a home or a position. Whatever it is we all lose in this life and we all struggle at times to make sense of those things.”

No second guesses as to which book in the Bible Nancy and her husband have poured over. The book of Job no less. 20Twenty host Neil Johnson wanted Nancy to explain how Job, who’d suffered so much, could say at the end of the book that he’d lived a good life.

“We’d like to think a good life is pain free or controversy free,” Neil commented. 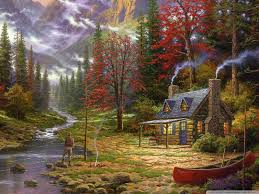 “What I’ve come to think is that’s exactly what was being held out to Adam and Eve. We’re told that in the midst of the Garden there were two trees. One was the Tree of Life.” Nancy said she’s come to think of that tree as the good life.

“That is the life that doesn’t end. It’s life that is completely satisfying, joyful, and that’s what was held out to Adam and Eve if they were to obey God regarding the other tree, which was the Tree of the Knowledge of Good and Evil,” Nancy illustrated.

We know how the story goes. Satan spun some lies until Eve decided she wouldn’t trust God to give her the good life in His timing.

“I think that’s the essence of all of our frustrations and so often our disappointments about life.”

‘The Tree of Life’

“We’re always trying to grab on to what we think is the good life, somewhere apart from God,” Nancy declared.

“Then there’s the Biblical story where we see Christ come into the world, and in a sense, He is the Tree of Life.”

“But this time at the very end of the Bible story, this Tree of Life is on every side of the river. It just doesn’t have one crop of fruit a year but a new crop every month, meaning that this ever abundant life that comes in the Person of Christ, that when the times comes and we enter into the new heavens and the new earth with Christ, He will be there, He will be our source of life,” Nancy paraphrased.

Nancy was leading us along a trail that would complete her analogy of the good life we all seek in an age where there are a vast multitude of choices. 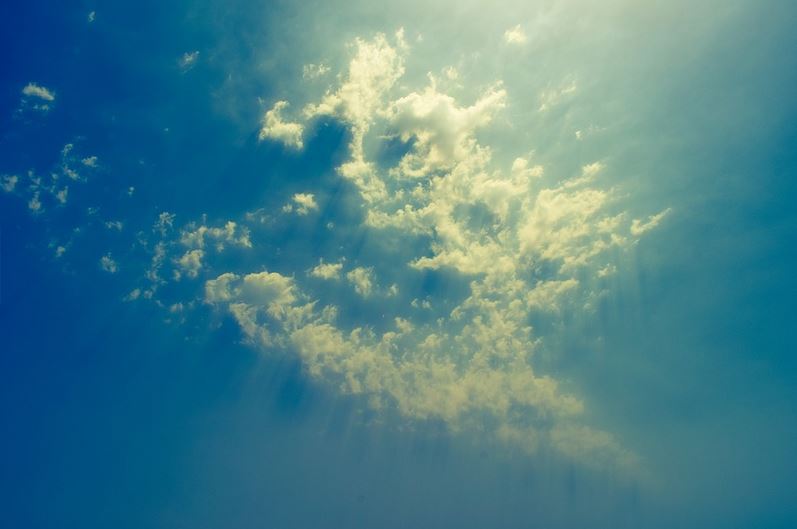 “When He said, ‘I have come to give you life, life more abundant.”

Nancy concluded by saying the Lord is giving us so much life in the here and now.

“But the truth is we’re not going to experience all that is meant by that promise of life, in its perfection and its eternality until we enter into eternity with Christ.”

Nancy and her husband, David, have faced the deaths of two of their three children, a daughter, Hope, in 1999, and a son, Gabriel, in 2001, both of whom were born with a rare genetic disorder called Zellweger Syndrome.

Nancy offered many of the lessons she learned from this sorrowful experience in her 2002 book, Holding On to Hope: A Pathway of Suffering to the Heart of God. She regularly hears from readers who have been touched by the book from all around the world as the book has been translated into German, Danish, Norwegian, Korean, Chinese, Spanish and Portuguese.

Nancy continues to write books that reflect her compassion for hurting people and her passion for applying God’s Word to real life. Her desire to grow in her understanding of God’s Word has prompted her to begin graduate work in theological studies at Covenant Theological Seminary. She speaks regularly at women’s retreats and evangelistic events nationally and internationally, and is a regular contributor to The Gospel Coalition.

Nancy and her husband, David, and son, Matt, make their home in Nashville, Tennessee.