The Art of Mind Over Money – Darren Laudenbach 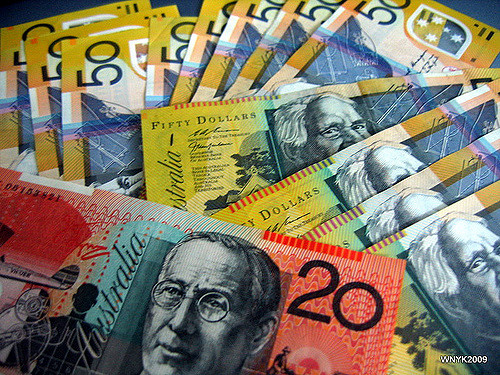 “I think cash is a great thing.”

“One of the things we did all the time in financial planning was help people get off credit cards and that dependency.”

“People with credit cards spend between 12 and 18 percent more than those who don’t have a credit card.”

Getting into shape financially means spending less than we earn and investing the rest. 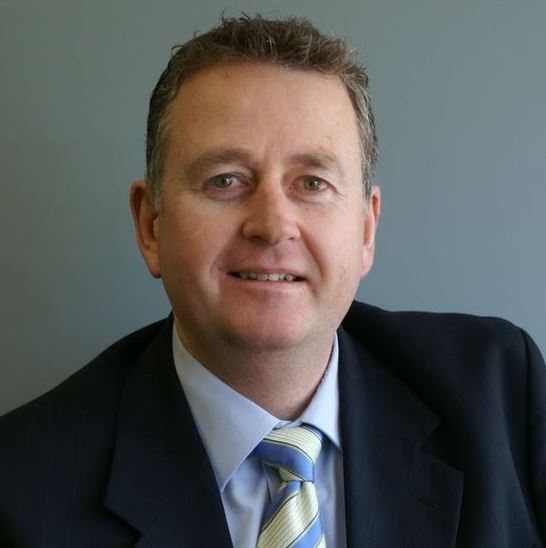 “God’s Money Matters’ is Darren’s latest book – a book that reveals Biblical keys to financial freedom and the art of mind over money.

In addition, the proceeds from Darren’s book will be going to Compassion.

According to Darren Laudenbach human behaviour is the biggest obstacle to obtaining the right mindset to handle money.

“But the most significant thing I’ve found in my life as a financial planner is the bank account structure. This is one of the simplest things we can do.’

‘What’s wrong with our bank accounts?’

For Darren the other side of the equation are those who’ve put their faith in God.

“Those who start running their money as though it is God’s and they’re just a steward of it, just the blessing these people see, that’s been really exciting to see over the years.”

So where are we going wrong with our bank accounts?

Darren said most people focus on the mathematics.

“They go for mathematics over practicality. They think ‘If I have one bank account and I get the most interest in that bank account because it gets me over certain limits and thresholds for bearing interest…”

“…and it’s simple because it’s only one account and I won’t pay any fees,’ and they go into all this mathematics,” Darren commented.

Darren Laudenbach said it’s the discipline and the structure of multiple bank accounts is helpful for us in managing our finances.

“Just understanding the purpose behind each bank account means that we can be a little more intentional about how we use the money in our accounts.”

But are the banks actually trying to help us? Daren believes they are for the most part.

“On the whole the banks are trying to help us which is a strange thing for me to say,” Darren admitted.

“I’m not against banks but I think sometimes we can be manipulated in some ways by them, but the banks actually seem to be quite helpful with some of the online options we have with low fees if any fees and the high interest on theses online bank accounts,” Darren informed saying they are trying to help us.

“They also help us with offset accounts where mathematics does come back into it. Offset accounts on mortgages can be quite helpful,” said Darren.

However, there can be problems for those operating small businesses who mix their business banking with their home banking.

Darren said they think that putting GST funds aside against a mortgage or something similar is helpful. But that’s not so.

“The little wins of a few dollars a year actually messes up their banking quite a lot and they never really know where they’re at,” Darren observed.”

‘I believe in joint bank accounts’

“The Bible tells us we should know the state of our flocks. In today’s terms our flocks are our finances and that’s exactly how it was back then,” Darren said.

He also had advice for couples saying that when they marry they should bring their banking together.

“The two shall become one’ in so many ways so why not with your finances. You shouldn’t have anything hidden from your spouse and that’s a good thing.” But there is an exception.

“I believe in joint bank accounts and a number of them but do believe also in one individual account each.”

“I believe a certain amount of money should be put into that individual bank account every week, fortnight or pay period, and then that money can be spent freely without the other partner understanding or knowing what’s going on in that,” Darren advised.

He added that the amounts going into those individual accounts are known but what is spent on is not known.

“That just gives some spontaneity and some freedom within the marriage.”

So for those who might say every cent should be accounted for, the amount going into the account has been agreed upon by both partners.

“For example, it’s my 25th wedding anniversary today and I wanted to buy my wife a gift, I could buy it out of that account and she wouldn’t know that I’ve bought it, so the surprise wouldn’t be spoilt by her looking into the bank account.”

“So it’s an opportunity to give surprises and do some nice things with that money. It has a variety of good uses and that freedom is quite nice.”

As for credit cards, Darren said it’s not part of the banking structure he recommends.

“One of the things we did all the time in financial planning was help people get off credit cards and that dependency.”

“The points system is being considered a scam and that’s not an excuse. A lot of people say they pay off their credit cards every month. The evidence is they don’t.”

“Dunn and Bradstreet have done research that shows people with credit cards spend between 12 and 18 percent more than those who don’t have a credit card.”

“I think cash is a great thing. Also tithing and giving is something we should do. It’s a practical way to show our faith and love for God.”

“I use visa debit and for buying online and other transactions it’s certainly very helpful. We do live in a modern world and cash is not always practical,” Darren discerned ahead of advising people to have an emergency fund.

He said it’s reasonable to expect an emergency to come into our lives at some stage.

“If we can put some funds away that can keep us a little bit safer. We recommend normally about three months’ worth of expenses into that account.”

“And that can sit in a mortgage offset account if you have a mortgage.”

‘Funds for holidays and cars’

“Another fund I like is a holiday fund. It’s good for us to take a holiday at times. When I was growing up as a child the most memorable times were holidays.”

Another fund Darren has is a car fund.

“The car fund deals with tyres, registration, and insurance, so money goes into that account every week, and at some stage we may want to upgrade our car.”

“Another is for home maintenance and renovations and another for investments and extra giving.”

Darren said the way this all works is that you know where you’re spending money from. He gave an example of when a disaster hit the Philippines.

They have a Compassion child in the region and Compassion were calling out for help. Darren and his wife were able to make a contribution to the relief effort by sacrificing amounts taken from their car and holiday funds that wasn’t needed at the time.

“This doesn’t get you into trouble with some other bills. If we give unwisely then we can end up in a situation where we’ve given away money we essentially owe to other people, bills, electricity and the like,” Darren expressed.

“We end up being the one’s in need and I don’t think that’s wise.”

“God gives us a brain to use and this is one way we can use it.”

Darren Laudenbach has unique range of financial skills and experience that has helped him develop range of courses and programs tailored to Christians.

Darren’s passion is to help Christian’s master their money – rather than being mastered by it. This has proven to lead households into a position of control of their finances and enjoy the peace of financial freedom. At the same time a good example is being set for children, friends and the community to emulate (salt & light).

Darren is a husband, a father of two daughters, is active in his local church as a Boys’ Brigade Officer, Former Church Treasurer & Board Member, and is involved with various community and youth projects.