The Consequences of Same Sex Marriage

Same sex marriage may look rosy at the start, but as other countries have discovered the law can quickly change.

Here is how Dr Augusto Zimmerman has intimated it can play out: If the religious exemptions don’t get you the anti-discrimination laws more than likely will.

Dr Zimmermann is Senior Lecturer and former Associate Dean (Research) and Director of Postgraduate Studies at the School of Law at Murdoch University. He is the unit coordinator for two core units taught in the Law School: Constitutional Law and Legal Theory

He says in most cases, the proponents of same sex marriage (SSM) have been saying there will be ‘no consequences’ if SSM is legalised.

But there have been consequences. Consequences that have come to light in other nations where the marriage laws have been changed to accommodate SSM.

Repercussions are reported to have occurred in the UK, USA, Canada, and New Zealand. This has given cause for concern should Australia enact SSM laws.

Dr Zimmerman told Vision the biggest threats are to the continuation of free speech and to freedom of religion.

“Even if you are placed under what are called ‘exemptions’ – for example, where religious organisations can decide whether or not to celebrate a particular marriage, they would still fall under the anti-discrimination laws.”

Augusto said the laws apply if they’re not willing to marry a same sex couple. Instead of the exemption, anti-discrimination would become the ‘consequence’ and provide grounds for a successful lawsuit.

Dr Zimmerman warned the proposed exemptions are not guaranteed into the future. Why not?

“Because once you are placed under these sorts of rules, it’s very easy for the rule to be repealed in the future,” said Augusto, referring to incidences in Canada and Sweden.

“These exemptions are being removed and the churches from now on, are going to be forced to marry people who are not even professing their own faith.”

Another observation in countries where the new marriage laws have been imposed, community attitudes have adjusted to the new laws.

Dr Zimmerman said that once same sex marriage is legalised the moral issue blends in with the legal one.

“The law tends to teach us moral values and once you have an activity or any practice accepted by the law it becomes almost morally acceptable.”

“Anybody who opposes the idea of same sex marriage will face persecution on the grounds of anti-discrimination.’

Dr Zimmerman referred to the Australian Labor Party that produced a senate report on SSM. “It stated assurances to churches were actually not very strong.”

There were no exemptions when SSM laws were enacted in Denmark. Churches there were compelled to officiate at same sex ceremonies.

“Even if you have the protections in place right now, there is no further condition or guarantee that these provisions in the future might not be repealed by the same parliament that enacted the SSM legislation,” Augusto remarked.

Canada has had same sex marriage laws for more than ten years and today, if anyone rejects SSM they will be charged with anti-homosexual bigotry.

“In October last year the Canadian Senate passed a bill by a substantial majority of votes adding prohibitions against any sort of discrimination on the basis of gender identity and orientation.”

“This was in addition to the Canadian Human Rights Act,” Augusto said.

‘Let’s not forget the expense’

Dr Zimmerman said anyone who expresses any sort of disapproval of this arrangement or supports traditional marriage, can face the full force of the law and might be forced to appear before the Human Rights Commission in Canada.

“A complaint can be made to this Human Rights Commission where this person would have to defend themselves,” said Augusto.

And let’s not forget the expense. If a matter’s not resolved through mediation it may proceed to a tribunal or court.

“The person facing the accusation will probably have to spend hundreds of thousands of dollars. And even if you’re found to be innocent who’s going to pay the cost? People can actually end up totally bankrupt, even from false accusations,” Augusto observes.

So, whose side are the judges and magistrates on? The side of the new laws. They have made their adjustments. Therefore, traditional marriage between one man and one woman no longer stands up in court.

‘It’s what other people feel about you’

Dr Zimmerman said judges will have considerable powers at their disposal. Ultimately they can use these to either promote or advance a particular agenda.

“These sorts of provisions based on subjective feelings make it hard to defend one’s innocence because it’s about what other people feel against what you have stated,” Augusto warned.

“Even if you’ve made a decent and reasonable comment, if the person on the other side is not as reasonable as yourself and is easily affected by different opinions, this person, who is the intolerant one, will be using the legislation to silence your opinion.”

So, how can a person who has a traditional view on marriage, use a change in the marriage laws to their advantage?

Dr Zimmerman said he has answered this question in some of the papers he’s written.

‘Trouble ahead for Christian businesses’

“The more intolerant you are and the more reasonable you might be, you might be able to actually make use of the legislation if the criterion is based on subjective feelings and not on objective standards.” 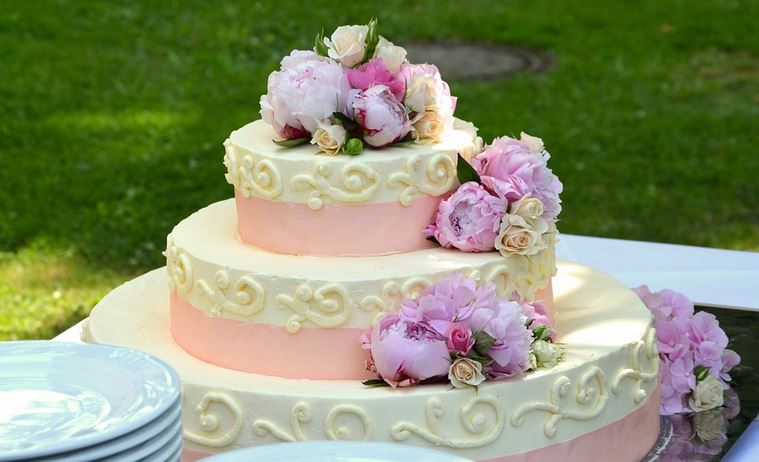 But what about those church-going citizens who may have businesses? Are they vulnerable to the legislation that maybe rolled out if the SSM vote YES is successful?

“They will certainly be in trouble and it’s already happening here. For example, anti-discrimination laws passed in NSW can be applied anywhere in Australia.”

He mentioned a female political candidate in Victoria who had stated SSM marriage was wrong.

Dr Zimmerman said the woman had expressed this opinion as a candidate. The matter was brought before a court in NSW where she was condemned at the hearing, although she didn’t appear.

“She was ordered to pay a huge fine and to apologise to this person who had filed the application,” Augusto shared, saying it was a dangerous development.

The US decision – ‘Undemocratic’

“Once SSM is introduced these sorts of incidences will certainly be aggravated. Any sort of comment regarding this matter can be seen as discrimination and the law can be used against the person who makes a statement.”

The United States, looked upon as the world’s flag-bearer for democracy, had SSM legislation imposed by the judiciary elite.

“It was an undemocratic decision. The Federal administration especially when under Barack Obama, handed down many regulations that require contractors to abide to absolute non-discrimination on the basis of sexual orientation and gender identity.”

A prolific academic writer and the author of numerous articles and books, Dr Zimmermann has been awarded the 2012 Vice Chancellor’s Award for Excellence in Research, and also been awarded two consecutive Murdoch School of Law Dean’s Research Awards, in 2010 and 2011.