“What sort of people make the most passionate witnesses for Christ, sharing their faith, and helping people understand the Good News message of salvation that is the Gospel?”

Neil Johnson raised the question when introducing Helen Devenish to the program.

Helen is a wife, mother, pastor, evangelist, and let’s not forget – an accomplished artist!

Helen’s a street evangelist with a calling considered to be uncommon for a woman. Helen’s also a mother of no fewer than nine children  – a feat worthy of a story on that subject alone.

Helen told Vision listeners three of her children are married. That still leaves six at home, so perhaps that’s not so bad.

“The youngest is 10 and the oldest is 31 and all of our children are walking with the Lord and that frees me up to be able to share the Gospel,” Helen testified and said by Tuesday she’s ready to hit the streets.

‘Everyone has their jobs to do’

“On a Tuesday I do it all day and on a Friday afternoon I do street ministry before youth night and the younger children often take turns coming out with me as well.”

Another milestone for Helen is that she’s home-schooled all her children.

“Only three are school age now. They do a lot of self-learning and we do life-learning together as well and at home there’s a lot of teamwork.”

Helen said everyone has their jobs to do, and for a very good reason.

“I get tired at doing what I do,” Helen admitted. “Doing street ministry, pastoring and having a big family. But everyone helps around the home with a good attitude so really it’s a family ministry.”

The family is also committed to their church and the ‘Love Hobart’ Church On the Rock is where they fellowship.

Helen said she’s allotted set times for her evangelism; six hours on the streets of Hobart come Tuesdays, but that’s just for starts. “Sometimes I do get people I’ve previously met through street ministry contacting me because they want to catch up.”

“It could be that they just want to talk or they’re hungry and want to get out of the cold. They know if I buy them food I’m always going to turn the conversation into the things of God.”

That’s the conditions: I buy you food, we have God talk,” Helen declared, saying the conversation can range from sharing the Gospel, or Bible stories to the younger ones.

“Most of these kids have never heard any Bible stories.”

“They’re hearing Jonah and the big fish for the first time and it’s just amazing. Also talking about the power of forgiveness. Some of them have been quite hurt,” Helen said, saying that’s typical of her Tuesdays when she’s out all day and on Friday for a few hours.

“But whenever I go out I’m on the lookout. That’s something I’d really like to instill into others. Just going about your day, to be available for God for the one in front of you.”

‘Are we willing to open our mouths?’

Helen explained what she meant by this. You’re shopping and you sit down in the mall to have a break and someone comes and sits next to you.

“Automatically you start thinking God has put that person there for me to share the Gospel with.” Helen said we haven’t been trained to think like that.

“That’s about renewing our minds. That we start thinking about the lost and we are willing to open our mouths even if we’re not one hundred percent sure of what we’re going to say, and am I going to say it right.”

“God will help you if you open your mouth and try and share the Gospel,” Helen stressed, saying the more you do it the easier it gets.

“It’s just being available. When you go to the gym or the park. I like going for walks along the beach,” said Helen before giving testimony to one of those special occasions.

‘This was a God appointment’

“I was on a prayer walk along the beach, I sat down on a seat overlooking the bay and an older gentleman came running along puffed out.”

“He said, ‘Would you mind if I sit down on the bench next to you?’ and I’m thinking, ‘Go for it. Thank you Lord for bringing someone along to share the Gospel with.”

Helen said the man was in his late 70’s and just down from the east coast of Tasmania for a few days and going for a run.

“This was a God appointment. So I told him I was a pastor and I shared the Gospel with him.”

At first the man didn’t want to know about ‘religion’ but he let Helen share and by the end of the conversation 45 minutes later he let Helen pray for him.

“He was crying at the end of the prayer because the Holy Spirit was touching him. So that was a God appointment,” Helen said.

‘Way of the Master’

Helen believes this is typical of everyday life situations that are often missed. For example, queues at supermarkets where instead of getting annoyed, to ask the Lord if you should share the Gospel with the person in front of you or behind you.

But for Helen, how did this all begin? What was it that turned her lifestyle upside down, or more correctly, right side up?

It happened about nine years ago when her sister in WA recommended a DVD series called Way of the Master by Ray Comfort. 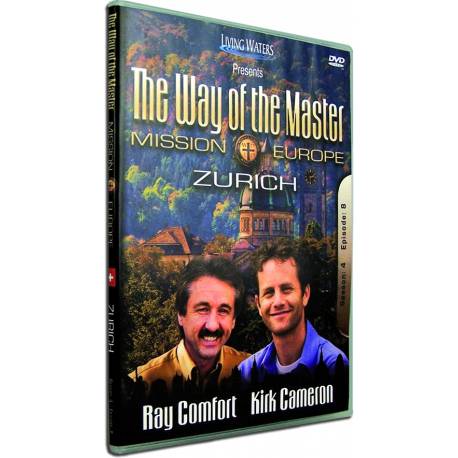 “We watched that as a family. Nine of our kids were home at the time. That actually motivated a lot of us to start sharing our faith.”

For Helen it began in a shopping centre where it was mostly with shopkeepers because they were there all the time.

“One time a shopkeeper had a sore ankle and I asked if I could pray for healing. There was no one else in the shop so I knelt down behind the counter and laid my hands on her ankle and finished before anyone else came in. That was all with her permission and that’s where it started,” Helen shared.

‘Women can talk to anyone’

She said it wasn’t about being an evangelist as such but rather her being obedient. And there’s one other very important ingredient.

“It really was obedience before what I would call an anointing of evangelism has been given to me by God to share the Gospel with lots of people.”

Helen said she wants to encourage people to share the Gospel, especially women.

“In this day and age it’s actually good for women because we can go and talk to really anyone. Whereas, for a middle-aged Christian man to go and talk to two 15-year old girls it could be a bit tricky,” Helen said, saying women are less intimidating. “I’m 5-foot-2 and I go up and talk to guys who are 6-foot plus with all their tattoos and holes in their ears, and they look at me as though ‘You’re talking to us?’”

“Even the toughest looking guys are not really. When you’re gentle and polite to them you can still have a really good conversation. But we’ve got to be wise, especially in this day and age.”

“But seek first the Kingdom of God and His righteousness and all these things shall be added unto you.” Matthew 6:33

‘We want to say thank you to all those who support this ministry, especially through prayer. Prayer moves mountains. By prayer and faith in the 1830’s George Muller built orphanages in Bristol, England that housed over 2000 orphans at any one time. What an amazing God we serve. He is the same God, yesterday, today and forever, and he has big plans for the people of the city of Hobart. The Lord wants to see salvations, healing, deliverance and freedom from bondage. It is exciting to see this happen.’

‘We wait on the Lord for the next steps of this ministry of Love Hobart and in the waiting we are pro-actively sharing the Gospel at church every Sunday, at Youth night and on the streets of Hobart every week.’ (Helen Devenish)