Our Culture Is Driving The Marriage Debate 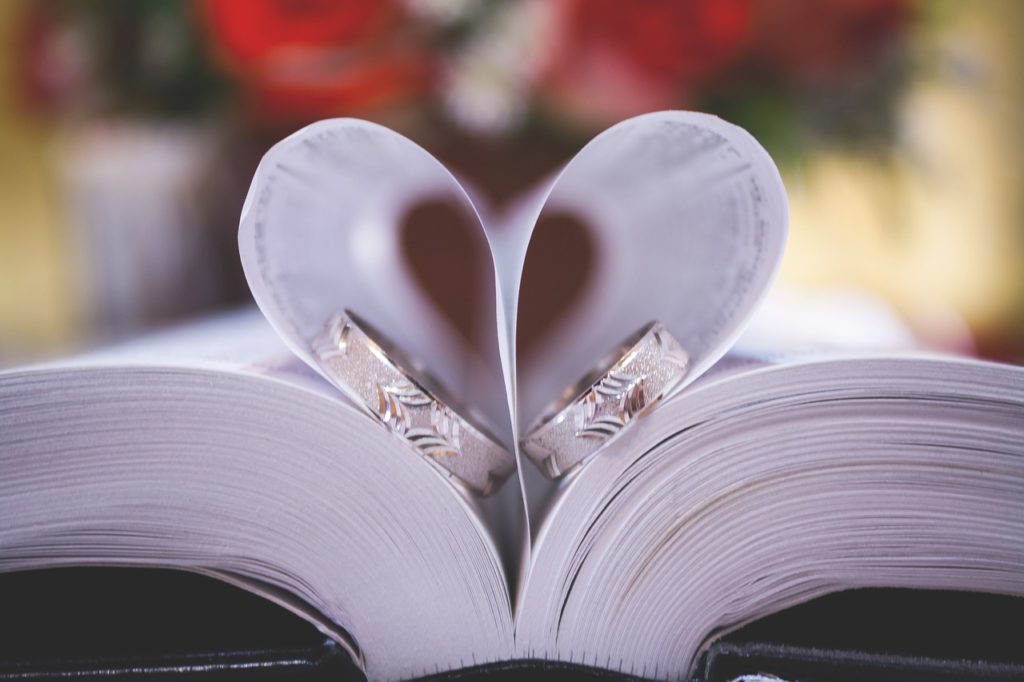 What’s at risk if the definition of marriage changes

“We have allowed the separation of church and state to diminish our influence in the institutions of the nations.”

Quotes from Peter Kently from the Christian Federation in a recent marriage debate discussion on Vision radio.

The conversation came about with consideration to the biology and the religious foundations that for centuries have supported marriage between one man and one woman.

So why the need for change? And how did we arrive at this place – a place where the consequences of change are likely to threaten freedoms – the freedom of thought, conscience, speech, and religion.

Peter Kently from the Christian Federation said the change to the traditional marriage status is not a recent move but hearkens back to the 1960s.

“This is something that has been developing and growing since 1964,” was Peter’s response.

“If you read a wonderful book called ‘Spirit of a Nation’ by Stuart Piggin, you’ll find it was Stuart who mapped out the spiritual history of Sydney and Melbourne.”

“He puts the peak year of spiritual and Christian influence in our nation as 1964.”  This was the year the spiritual wave crested following the Billy Graham Crusade in 1959.

Peter said there were two competing cultures – the Christian culture and the culture of the world.

“In the 1960s we started out with The Beatles, (the musical) Hair and its hit song, the Age of Aquarius. Then we went into contraception, Sunday shopping, football on Sundays, abortion and so on.” Peter described them as markers that have become embedded and irreversible since the 1960s.

The master strategy of the LGBTIQ

“The morality of the Judeo-Christian heritage has been in recession and receding over all of those years.”

Peter Kently says the marketing undertaken by the transgender LGBTIQ movement has to be congratulated.

“I want to give great credit to the master strategist of the LGBTIQ who wrote a book outlining how they were going to shift the culture in their favour.”

They began what he described as ‘a long march through the institutions’. In Victoria it started with former premier Joan Kirner and since then have become progressively influential in education, business, sport, and media.

“What we’re seeing today is at least a 20-year journey with an intentional strategy to become influential in the institutions of the nation.”

“The church has not understood”

This doesn’t bode well for the church. according to Peter. It’s as though the church did not see it coming.

“The church has not understood that and we have allowed the separation of church and state to diminish our influence in the institutions of the nation and what we’re seeing and feeling today is an outcome of that journey,” Peter confessed.

Questioned about the way culture has changed, with the ‘Sunday fun’ and pleasure activities having overrun what was traditionally the church’s space for centuries, Peter said the worldly describe it as ‘the wowsers verses the free’. He said it’s a perception that disappoints him personally.

Our freedom is at stake

“The fight against Japan in the Second World War, the Cold War fight against Communism, and now we’re seeing freedom turned in on us. It’s reverted. LGBTIQ for the last decade has been demanding tolerance.”

“But now we know there is no tolerance given back to anyone who has a different view to theirs. And the extreme Left? They demand tolerance for their way of thought and their way of influence, but if you have a view which is Right or not of their view, zero tolerance is given in return.”

“So the manifest danger of the loss of freedom is in our hands. And how we vote in this Same Sex Marriage survey is going to have a manifest impact on how we and our families and our children and our grandchildren will be able to walk in freedom for good in the coming decades ahead,”

So is the LGBTIQ community simply a pawn in the game for power hungry cultural Marxists and their agenda to bring about change in the nation.

“The struggle is actually between the activists who are trying to create a different culture – and now we have the feminists who are on board with Islam. It’s crazy but it’s the reality!” Peter says, adding that the activists want to  destroy the status quo, namely 200 plus years of a nation with a Christian heritage.

“People may be aspiring to what they think is freedom – ‘free to marry who I want to marry.’ But behind that is a lack of understanding of the consequences.” 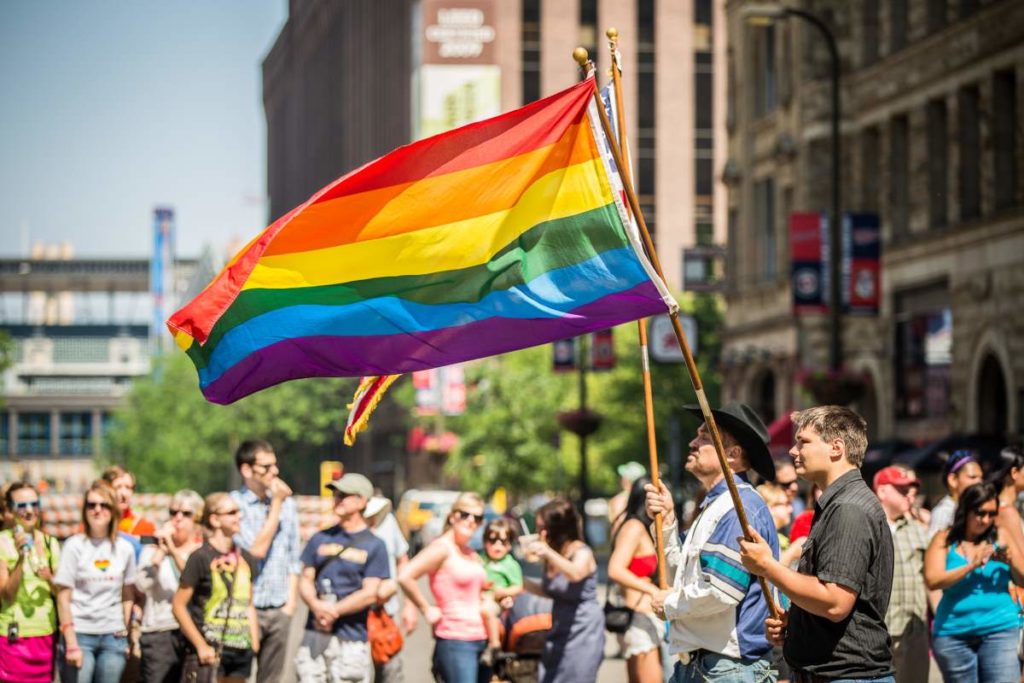 Peter Kently then gave some population statistics on the actual numbers of homosexuals in Britain, Canada and New Zealand. In total they amount to a very small percentage.

“The law as it stands has already given them de facto relationships and civil unions and discrimination has been removed. So they actually have the freedom already!”

Christian Federation is a coalition of Kingdom Partners comprising individuals, local Churches, Christian Organisations and Marketplace Groups who are of the same heart to glorify Jesus in every domain of our nation. Through “netweaving” different nodes of the Kingdom are linked together to function collaboratively in the will and ways of God (Matt 13:47, Matt 18:20, Psalm 103:7).

Peter is on the pastoral staff of Grow Church in Ringwood and is Executive Director of the River of Life Conference Inc. He currently works with churches, Christian networks and organisations in contributing to bringing a 21st century re-formation to church and marketplace. Peter is married to Robin and has three adult children and six grandchildren.

Other related posts of interest:

“By law you are not a bigot, or worse, nor are you discriminating for supporting traditional marriage.” Senator David Fawcett “Under international law… where a nation such as Australia has a parallel system to recognise and protect same sex re (More)

5 September 2017 Australia is in the grips of a fierce debate regarding the redefinition of marriage. Groups such as The Coalition for Marriage have been highlighting the experience of other countries such as Canada, the UK and the USA as an in (More)

Raising a petition for the nation in the courts of the Lord “God looks to see how many people are carrying His heart’s desire for this nation. If there are not very many then He has only a few with whom He can work through.” “But in the end it’s (More)

What to do with a Nation divided 1 September 2017 Rob Buckingham You might expect a discussion about an institution founded in love might be full of patience, kindness, gentleness and self-control. Not jealous, boastful, proud, rude or dema (More)

Do You Oppose Same Sex Marriage? – ‘Shut Up and Go Away!’

Lyle Shelton 18 August 2017 “Shut up and go away” was the assertion Australian Christian Lobby Managing Director Lyle Shelton says he has been confronted with from supporters of same-sex marriage, and even the authorities. During a discuss (More)

A Call To Protect Marriage

Bill Muehlenberg says Christians should pray, get involved and take a stand 14 August 2017 No question about the marriage debate. It’s been leading the headlines in recent weeks. In response, Christian commentator Bill Meuhlenberg has creat (More)