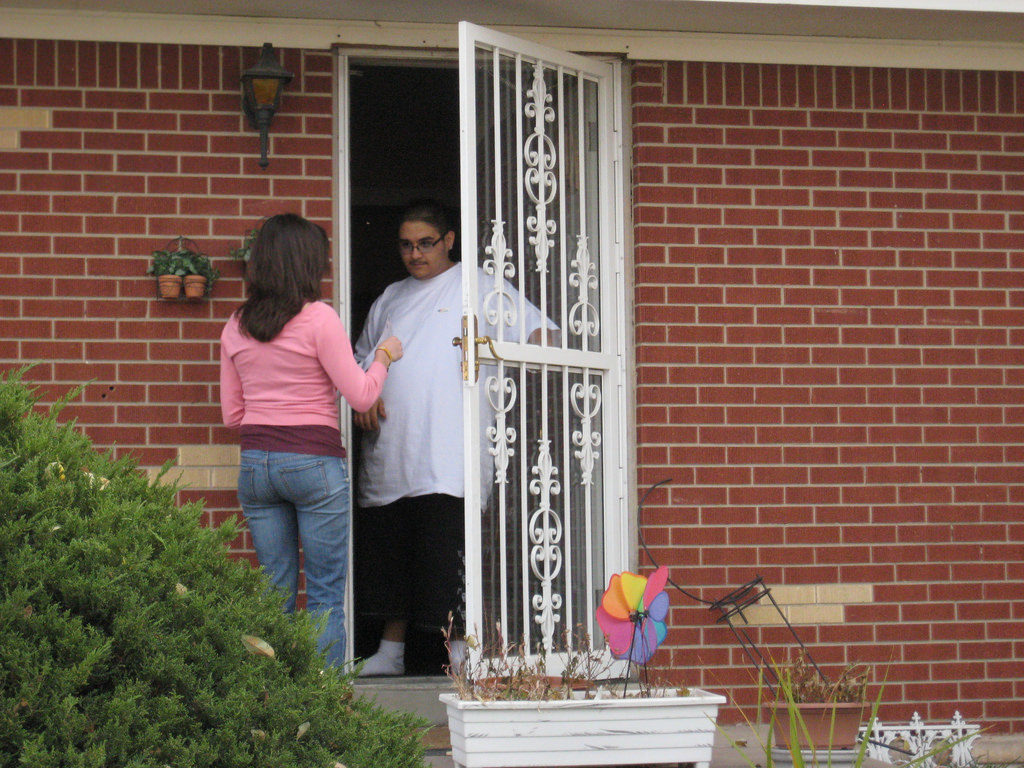 “I’m 20 and my sister Claire is 18 and Claudia is 17…Mostly people were really accepting and relieved to know we were promoting the NO campaign.”

“They were happy and would say, ‘We’re voting NO as well’. They’re made to feel they’re discriminating or not loving the gay people, but that’s obviously not true.”

“In Canada (now a SSM country) parents have lost their say from withdrawing their kids from this (transgender) program.”

“Teachers there have the responsibility to change children’s mindsets if the children have a hetero normative mindset,” confirmed Dr Pansy Lai.

In Britain it’s reported straight couples do not have civil partnership rights. (http://www.abc.net.au/news/2017-10-12/gay-couples-in-uk-have-more-rights-than-straight-relationships/9039400)

These are the hidden consequences concealed either by those who know or don’t know the damage that will unfold should there be a change to the marriage definition in Australia.

Meantime the fight goes on and three young women on the frontline are taking it to the streets. Catherine, Claire and Claudia are from the Our Lady of Lebanon Church in Harris Park, Sydney. These three brave sisters have been door-knocking for the NO campaign in Sydney’s west.

Catherine, the eldest of the three spoke first.

“I’m 20 and my sister Claire is 18 and Claudia is 17. Our main aim is to serve God in everything we do,” said Catherine, saying everyone has a desire for knowledge.

“No one likes to be lied to. We want people to know the truth. We don’t want to just sit around and vote NO on the postal vote.”

“We want to encourage people to vote and just to know the truth. Also to defend what is right. That’s our duty.”

Claire expressed how they’ve received a wide range of reactions.

“Mostly people were really accepting and relieved to know we were promoting the NO campaign.”

“They were happy and would say, ‘We’re voting NO as well!’. They’re also feeling really pressured to vote YES as they’re made to feel they’re discriminating or not loving the gay people, but that’s obviously not true,” Claire shared.

She admitted the YES voters have been a bit abrupt but said the sisters have responded with kindness, telling them they were not doorknocking to debate the issue.

Claudia, the youngest of the three sisters, confirmed NO voters were happy to see them.

‘Our kids are not your social experiment’ 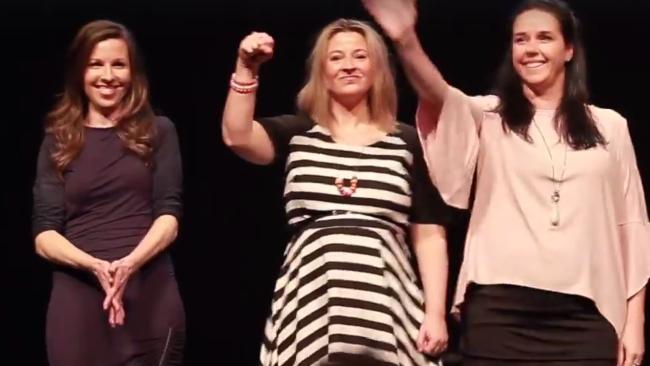 “They were encouraging us to continue what we’re doing,” said Claudia. “It made us feel better that more people are out there supporting the NO campaign.”

Although the negative responses have been rare, Catherine recalled a YES voter who got quite worked up about the issue.

“She basically said what you’re doing is wrong, you shouldn’t be doing this, you should be ashamed of yourselves, it’s not right.”

“She said, ‘I’ve a sister who’s gay and she’s raised a lovely family and who are you to go around and say that she can’t be happy’ and we were a bit taken back by that,” Catherine recalled.

Catherine’s answer to the woman was to say she had a right to her opinion as well.

“We were nice about it and agreed she should be happy and that’s why we’re encouraging people to vote NO.”

Catherine discerned a change came over the woman that implied she may have come down a bit heavy on the girls and that they weren’t bigots.

“Which was good because that’s our aim, not to debate but to encourage people to vote and to let them know of the consequences.”

It’s these consequences that are very well understood by the three mothers who appeared in a video advertising the NO campaign.

One of those mothers in the first NO campaign advert was Dr Pansy Lai. Pansy may not have realised her participation would spark a petition calling for her medical licence to be revoked.

Six thousand signatures were revealed on a site, set up by the activist group ‘GetUp’. It was taken down a couple of days later. 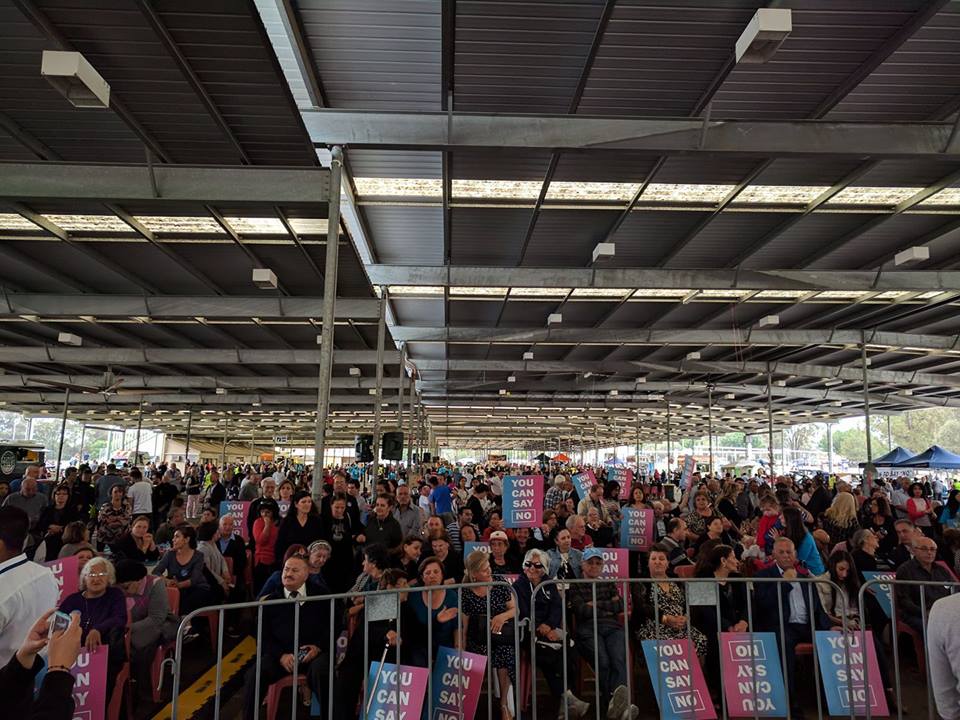 For many on the NO side Pansy is considered to be a courageous mother and a national hero for speaking out on behalf of mothers.

It was Dr Pansy’s few words that spoke volumes on the NO ad that addressed the consequences of changing the definition of marriage. The words were not what the YES advocates wanted exposed.

“It has happened overseas and it’s really well documented,” Dr Pansy confirmed, adding the negative fallout from the advert has opened doors to explain to many more people about those troubling consequences.

“It means that the general public as well as our lawmakers are now aware there are important and negative consequences on society if the redefinition of marriage becomes law.”

But the marriage controversy occurring now had its beginnings for Dr Pansy Lai at the time of the last federal election via a Chinese blog warning about the Safe Schools program.

“It came to the attention of many Australian Chinese parents,” Pansy recalled, saying many people were very alarmed.

“Within a month the petition was handed to the parliament and they had to debate it. Since then the Lebanese and Indian communities have joined the petition.”

The outcome was the NSW education minister recognised the Safe Schools program contained sexually explicit and gender ideology content targeting underage children, and it was defunded.

As a general practitioner Dr Pansy was qualified to comment on some of the issues contained in the Safe Schools program that would be detrimental to children.

To same sex marriage and to Canada where homosexual marriage has been legalised.

Canada’s parents have lost their say

Dr Pansy told the story of a father who tried to remove his primary school child from a LGBTIQ program.

“In Canada parents have lost their say from withdrawing their kids from this (transgender) program. They have even lost the right to even know when their children are being taught this program,” said Dr Pansy.

“This father actually had to go to court to even ask for permission for when his child was being taught this material. He lost in court and was told although his religious right had been infringed upon, it would not be possible for his son to be withdrawn from the LGBTIQ program.”

He was told the transgender program was embedded in the curriculum across all grades and that the teachers are free to modify hetero normative ideas in the classroom. 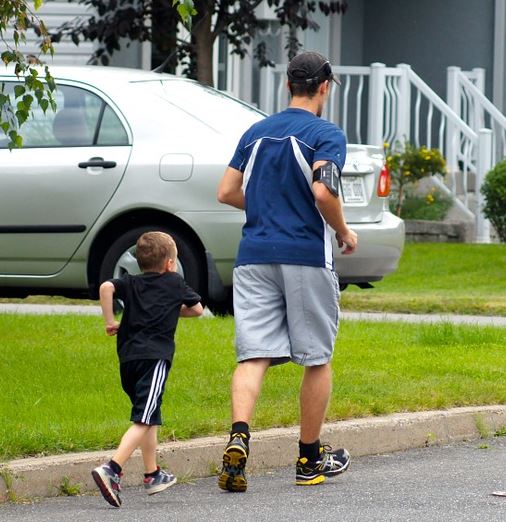 “That is actually the same concept in the Safe Schools program. Teachers have the responsibility to change children’s mindsets if the children have a hetero normative mindset,” Dr Pansy confirmed.

Further information on same sex marriage, the NO postal vote and other related posts of interests as follows:

Do You Oppose Same Sex Marriage? – ‘Shut Up and Go Away!’

Lyle Shelton 18 August 2017 “Shut up and go away” was the assertion Australian Christian Lobby Managing Director Lyle Shelton says he has been confronted with from supporters of same-sex marriage, and even the authorities. During a discuss (More)

A Call To Protect Marriage

Bill Muehlenberg says Christians should pray, get involved and take a stand 14 August 2017 No question about the marriage debate. It’s been leading the headlines in recent weeks. In response, Christian commentator Bill Meuhlenberg has creat (More)