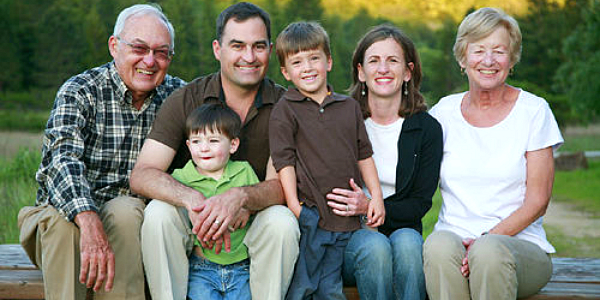 The marriage NO vote: “There are hundreds-of-thousands of people involved. Over a million people have downloaded the Freedom app and people are getting involved.”

The NT anti-discrimination policy: “They are moving towards a genderless society in anticipation of what may come following the outcome of the plebiscite.”

Wendy Francis, the state director for Queensland for the Australian Christian Lobby, has grave concerns about freedom of speech, religion and the freedoms that parents still have to raise their children.

As mentioned sexual harassment in the workplace is another issue, and euthanasia has been a headlining event in Victoria.

A high profile standard bearer on issues effecting women and children, Wendy Francis said the ACL has established what they’ve called a ‘Freedom Team’ who are door-knocking for the Same Sex Marriage postal survey.

Not only are they door-knocking, they’ve also set up a call centre at the ACL office to try to encourage the 30 percent who haven’t yet voted to do so.

“Those who haven’t voted so far don’t really care about the issue,” Wendy commented, “They’re not realising the consequences that will come.”

The NO Campaign Freedom App

“There are hundreds-of-thousands of people involved. Over a million people have downloaded the Freedom app and people are getting involved.”

Wendy said they’re talking to their neighbours, emailing their MPs and they’re engaged in this issue.

But more on the marriage app. It contains words to use, ideas, and updated news every day.

“It’s also encouraging because you can see what others are doing and you can get ideas to speak to people peacefully and civilly about what the campaign means and what the consequences are.”

At the forefront are freedom of speech and parents’ rights. Wendy Francis recognised the marriage debate as a cultural issue that has been around for a long time.

Sexual harrassment – ‘All of a sudden we’re shocked’

Sexual harassment is another long-standing problem that permeates our culture.

On that subject Wendy raised two current news items and the figureheads involved. One was Hugh Hefner, the founder of Playboy who died recently, and the other was Hollywood mogul Harvey Weinstein.

“There were very few people who came out and exposed Hugh Hefner for what he was. But Harvey Weinstein actually acted out everything Hugh Hefner taught.”

“So all of a sudden we’re shocked by Harvey Weinstein’s behaviour, when a couple of weeks earlier they were raving about what High Hefner did,” Wendy discerned, saying there’s a basic cultural problem.

She also wanted to clarify why Harvey Weinstein was fired by his own company.

“What shocks me is there are strong women who are now coming out and saying ‘Well, it happened to me.’ I’m hoping it will embolden women across the world that this is not acceptable behaviour.”

This is all an expression of the cultural issue on the sexualisation of society.

“We allow stuff in our society that is actually grooming men and grooming women with an understanding that, ‘this is what women are for and this is what men can expect’.”

“And then we seem surprised. In Hollywood Hugh Hefner has a star on the Hollywood Boulevard of fame. So we honour a man who is actually the king of pornography.”

The ‘Blueprint for Life in a Gender-less Society’

To another big ticket item. The Northern Territory is at the forefront as it reviews its anti-discrimination act.

Wendy Francis said she’s heard it described as a blueprint for life in a gender-less society.

“We’ve the Christian Schools Australia chief executive Mark Spencer saying this is the most extreme attack particularly on schools of faith.”

Wendy said the Northern Territory government has its anti-discrimination policy under review. Also the Territory’s Attorney General Natasha Fyles has not ruled out the possibility that religious schools will be banned from excluding staff and students on the basis of faith.

“If you employ a staff member you will have to employ the most highly qualified.”

Wendy also encouraged Vision’s Northern Territory listeners to contribute to a discussion paper that proposes to repeal the definitions of man and woman.

“They are moving towards a genderless society in anticipation of what may come following the outcome of the plebiscite,” warned Wendy Francis.

The freedom to raise your children

“Once you remove gender from marriage it really is the last bastion of a gendered statement in our legislation. If we remove that we’re actually removing gender from our society.”

As for those consequences, Wendy said it’s already happening.

“Last year Tasmania’s Archbishop Julian Porteous was taken before the Anti-Discrimination Tribunal, simply because he distributed a pastoral letter with a message not to mess with marriage.”

Wendy said it was to explain to his parish, not the public, what the Catholic church believed about marriage.

Ultimately the case was withdrawn by the complainant but never settled. In other words, it never said the Archbishop never had a case to answer.

The Big Ticket item of Euthanasia.

Victoria’s state premier Daniel Andrews is leading a debate to legalise euthanasia in his state. But he’s up against his deputy premier James Merlino who is opposed to assisted suicide.

What’s more, there are uncertainties about the lethal drugs they propose to use to euthanase patients.

Wendy Francis said that no matter what the issue is, we need to be able to back up what we’re saying with truth and we need to speak in love always. That tone really matters.

But all the ‘Big Ticket’ items appear to lead back to the biggest ticket item of all, that being the marriage survey.

With regard to same sex marriage Wendy explained love has more than one meaning and said the left is exploiting this.

“Of course we believe in equality. You and I may be different but we’re equal,” Wendy shared.

She again focused on the consequences, the major ones being freedom of speech, conscience and religion.

Another way to confirm the integrity of the actors leading both sides of the marriage debate is to consider Jesus words when He said to always speak the truth in love.

“If you look at the leaders of the NO campaign I would challenge anybody to come up with anything that has been disrespectful. Anything that in anyway has been unkind.”

As for the leaders of the YES campaign.

“The leaders of the NO campaign are leading by example,” Wendy stated.

Most importantly the postal vote has been bathed in prayer and the good thing that’s come out of this has been the mobilisation of people across the nation.

Wendy Francis is a lobbyist on social issues and is the Queensland state director of the Australian Christian Lobby (ACL).

In July 2015, Wendy lodged a petition with the Queensland parliament complaining about the Safe Schools program. The petition incorporated wording from a Safe Schools student resource, OMG I’m Queer, intended for children aged 11 and up.

However, the Clerk of the Parliament would not permit the wording on Queensland parliament’s website because of the “intemperate” language. The 10,891-signature, petition was subsequently tabled with the “intemperate” wording censored.

Other Related Points of Interest:

Three bold sisters “I’m 20 and my sister Claire is 18 and Claudia is 17…Mostly people were really accepting and relieved to know we were promoting the NO campaign.” “They were happy and would say, ‘We’re voting NO as well’. They’re made to (More)

“These Are Very Dangerous Times” John Anderson – The Marriage Debate

“I’m very worried where the country is going and that we’re unable now to pull together.” “These are very dangerous times and I know a lot of Australians feel that way.” “22 bills have been put up for same sex marriage. None of them have come (More)

Message to Australia’s politicians:  “We Want A Marriage Plebiscite!” As of writing, it doesn’t look as though Labor’s going to support the government’s bill for a plebiscite – a national referendum for Australians to decide whether or not the mar (More)