“There really are serious implications for how Christians live out their faith in the new world where marriage is redefined.”

“It’s amazing children are being exposed at such a young age to this highly explicit sexual material.”

“They’re saying that those who refuse to give same sex couples the right to marry that it’s just like the worst of apartheid or the worst of slavery.”

At the time of writing three-quarters of Australians had voted either YES or NO in the Marriage postal vote to date.

Ashley Saunders from Family Voice Australia said the turnout had been good and he encouraged those in the remaining quarter to send in their forms.

“What we really need to do over the next week is to redouble our efforts to make sure as many people as possible are aware of the terrible consequences and are persuaded to vote NO.”

At the receiving end of the postal votes there was cause for concern with some envelopes coming back containing razor blades, items that could harm people at the Bureau of Statistics.

Ashley said it’s very important work places are as a safe as possible.

“Those doing these things are wasting their vote and not participating in something vitally important to our country,” Ashley said.

Meantime reports from other nations where the marriage laws have been changed include a story from Oklahoma in the US.

So explicit was the information that Ashley said he wasn’t comfortable to discuss the matter on air.

“I wouldn’t be comfortable in talking to many adults in most contexts about the detail of this sexually explicit sex education material, and yet it’s being exposed to 12-year olds,” Ashley confessed.

He gave information about a 12-year old girl who was left in tears because of the explicit nature of the material and the worksheet that she and her co-educational classmates were required to complete.

‘They’re telling me how to do it!’

Ashley also related the story of a 12-year old boy from Oklahoma.

“Instead of being told by a teacher taking a sex education class, these are things you need to be careful about and stay away from until your mind and your body is older, the boy said, ‘they’ve given me a road map telling me how to do it!”

Ashley said he finds it amazing children are being exposed at such a young age to this highly explicit sexual material.

Yet here in Australia, it appears the television networks and other main stream media, are doing everything they can to prepare the way for the children of this country to receive the same sordid sex education that is being foisted upon children in the US and other countries where the marriage laws have been redefined.

In what could be described as an unveiled attempt to hinder the NO campaign, an MA rating was slapped on a NO vote advertisement, all because it quotes the very things unmentionable that are happening in Oklahoma and being taught to children elsewhere.

Ashley Saunders said the censors are choosing to overlook that an M or MA rating means the content is not suitable for a person under 15 to watch.

That said, Ashley wanted to make the point about a group of the people who want to change the marriage laws.

They’ve implied the current traditional marriage laws are no better than the laws that condoned slavery and apartheid.

These same sex marriage advocates are lumping all three in the same basket.

Judges fiddling with the Constitution

“It was those on the YES side who first made the link between the issue of same sex marriage and slavery.”

“They’re saying that those who refuse to give same sex couples the right to marry that it’s just like the worst of apartheid or the worst of slavery.” Ashley then addressed the US Supreme Court decision approving same sex marriage.

“That decision is rightly to be criticised. What happened was, there were activist judges who read back into the Constitution something that was never intended in the first place.’

“That’s the real battleground in the United States. Where activist Supreme court justices, instead of interpreting the Constitution, they actually make law.”

“What they did in making that decision just a couple of years ago was to say that you can read into the Constitution same sex marriage is OK.”

Ashley Saunders said the people who framed the Constitution would be rolling over in their graves if that was possible.

“They found this right that was never there and then they did it in such a way so that it triumphed over many of the states in America that were saying, ‘We don’t want this!’”

This is where there’s a difference between the US and Australia. In America marriage is a matter for the states. Whereas in Australia in our Constitution under Section 51, marriage was one of the things back in the time of Federation the states handed over to the Federal Government.

“That’s very important,” Ashley stated, confirming it is a matter for the Federal Government.

“But in America it remains a matter for the states. Yet the US Supreme Court has read into the Constitution some right that was never intended.”

“In doing so they have said to those democratically elected state governments and parliaments, ‘You’ve got to do what we say regardless of what your wish is.”

Significant consequences to our freedoms

However, in Australia it appears no quasi US Supreme Court body here is likely to be needed to redefine marriage. According to the polls, indications are the YES vote is expected to win the plebiscite. This is not discounting of course the possibility of a Trump or a Brexit outcome to confound the pollsters.

Although the polls for now are saying the YES vote is in the majority with 60 percent of the vote, Ashley Saunders is not conceding defeat until the final votes are counted.

Instead he warned of the significant consequences to our freedoms and referred to a  shopping centre where an Islamic man runs a small-goods hot food and sandwich shop.

“He doesn’t sell any ham or other pig products. Now I don’t know a single person who would say, ‘Now just a minute, how dare you not serve me pig products!’”

“Yet when it comes to Christians living out their faith in public the increasingly prevailing view is, ‘Your conscientiously held beliefs don’t matter.’”

What Ashley is saying is there is one rule for Christians and another for those with other beliefs.

“There really are serious implications for how Christians live out their faith in the new world where marriage is redefined.” 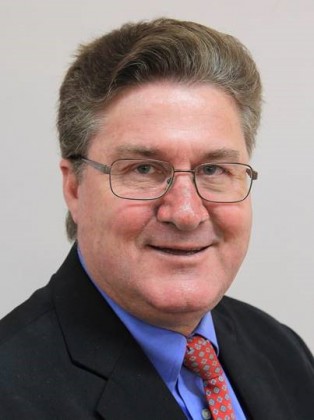 “There is a sense in which every generation stands at a crossroad, needing to choose the direction that it would take. FamilyVoice Australia has a significant role in advocating wise choices that will not only well serve this generation, but also future generations.”

“Whether through its parliamentary submissions or publications, FamilyVoice has a message of hope as well as caution for the nation as a whole.”

The marriage NO vote: “There are hundreds-of-thousands of people involved. Over a million people have downloaded the Freedom app and people are getting involved.” Sexual harassment – “Harvey Weinstein actually acted out everything Hugh Hefner (More)

“These Are Very Dangerous Times” John Anderson – The Marriage Debate

“I’m very worried where the country is going and that we’re unable now to pull together.” “These are very dangerous times and I know a lot of Australians feel that way.” “22 bills have been put up for same sex marriage. None of them have come (More)

Three bold sisters “I’m 20 and my sister Claire is 18 and Claudia is 17…Mostly people were really accepting and relieved to know we were promoting the NO campaign.” “They were happy and would say, ‘We’re voting NO as well’. They’re made to (More)