Walking with God through the Forest of Technology – Brad Huddleston 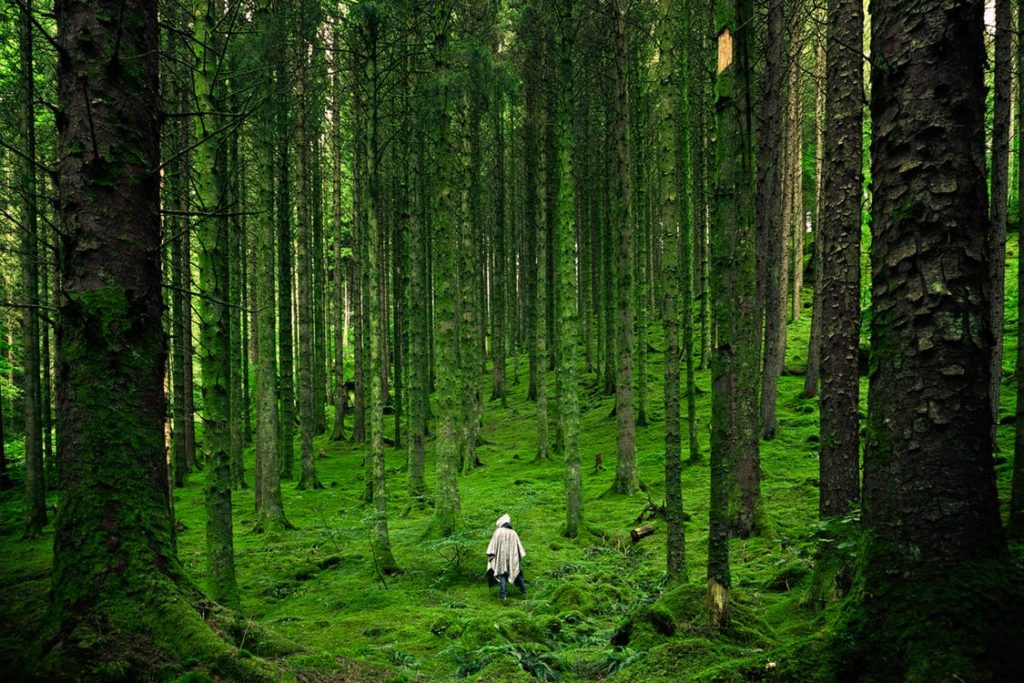 To Be an Overcomer in the Digital Age

“They’ve spent an enormous amount of money on skin texture to match human texture genitalia and emotional response with mechanics on the inside.”

“The technology is such that you can basically order a custom made sexual partner now, based on what your preferences are in terms of a sex partner.”

ADHD is up 800 percent, depression is up 70 percent and much of that caused by overstimulation through technology.

Pornography in the church

“The same statistics we find in the secular realm regarding pornography, you would think that the church would be less but unfortunately it is not.”

Brad Huddleston is no stranger to Vision Radio.

Brad’s a regular guest because of his expertise and proficiency with all things digital. He has a degree in computer science and is keenly sought after across many parts of the world to bring clarity and hope to Christian communities desperate for his input. 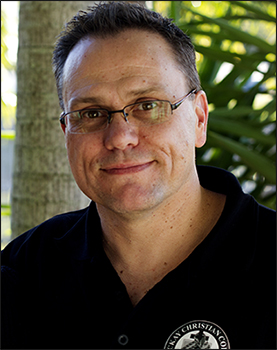 Just as better technology means efficiencies in business and agriculture it also means the workforce is changing.

There are developments for us educationally and socially but what does it mean when we become so reliant on the benefits of the digital age and what of its effects on civilisation?

For Christians, how can our faith flourish in a digital age and what are the things we need to be cautious about?

Brad launched this session by mentioning the growth of virtual reality and Oculus, the driving force behind it.

“Samsung is into that and Microsoft. Microsoft’s version is what is called augmented reality, where you overlay the digital world over the top of the real world.”

“So in virtual reality you’re totally encased with goggles into a virtual world.”

But with augmented reality you put goggles on and you see the real world, but then overlayed with that would be virtual content, and it actually looks like the augmented reality is going to win out,” Brad informed before raising technology’s bigger player in the digital stakes.

“The big talk is Artificial Intelligence (AI) and Elon Musk. There’s a lot of real concerns there but many exciting things too particularly in the areas of language.”

This will mean being able to translate languages in real time as people want to communicate across the continents. Also there are Microsoft’s HoloLens goggles.

The limits of the brain

“They’re very useful. You put the goggles on and they show the scenario where, for example, someone purchased a kitchen or bathroom sink in one country and they didn’t know how to install it properly.” 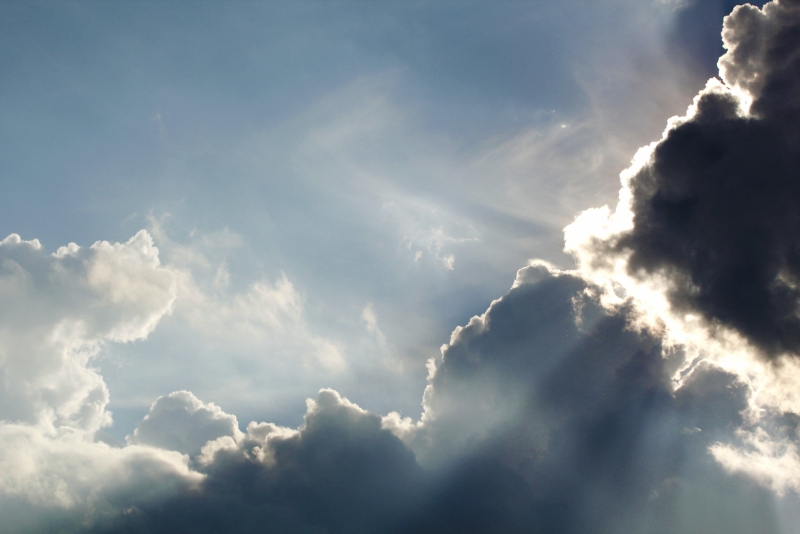 Brad Huddleston said this example of augmented reality was repeated with a car repair. But behind every silver lining there’s a cloud or two.

One of the downsides being that the brain has limits on how much of the digital technology can be absorbed. The brain overloaded gets stressed, creating a lot of chemical and neural reactions where you end up with various psychoses.

“My aim is to work with technology because it is a great thing, but we stay within the limits of the brain,” Brad stressed adding that technology has hit us like a tsunami.

“There has been no regulation, no prior brain research until very recently and clearly we’ve overdone it.”

Brad said ADHD is up 800 percent, depression is up 70 percent and much of that caused by overstimulation through technology.

“The goal is not to get rid of it – it’s to balance it. Hence the subtitles of both of those books where I’ve made up a word called i-Balance,” Brad said.

“Balance is the goal here and balance by definition is working within the limits of the brain before the damage begins.”

Brad Huddleston said the stumbling block to learning more about Artificial Intelligence and its effects on the brain is limited by the funding needed to carry out further research. But what they do know with the current technology, particularly with pornography sourced mostly through mobile phones, is that the brain forms little physiological ruts.

‘We call that lust’

“We know from neuroscience that takes place – in Christian circles we call it lust.”

“The moral degradation is incredible because the same statistics we find in the secular realm regarding pornography, you would think that the church would be less but unfortunately it is not.”

According to Brad we can see the positives of technology once we can discipline ourselves.

“The technology for evangelism and discipleship is incredible but when you look at the numbers, people are spending far more time on the entertainment side instead of on say Bible Gateway.com,” said Brad, saying the time is being spent on the bad side of technology and not the good.

Then there are the Japanese. Brad Huddleston said they’re on the cutting edge when it comes to developing sexual robots.

“They’ve spent an enormous amount of money on skin texture to match human texture genitalia. Emotional response with mechanics on the inside.”

“You can basically order a custom made sexual partner now, based on what your preferences are in terms of a sex partner.”

Brad said some of the people writing about this are saying that within fifty years it will be common for everyone to have a sex doll or robot in their home and it will become just a cultural norm.

The Bride of Christ

“It’s very scary how lifelike and real they have made these dolls. Imagine what that’s going to do to marriages.” 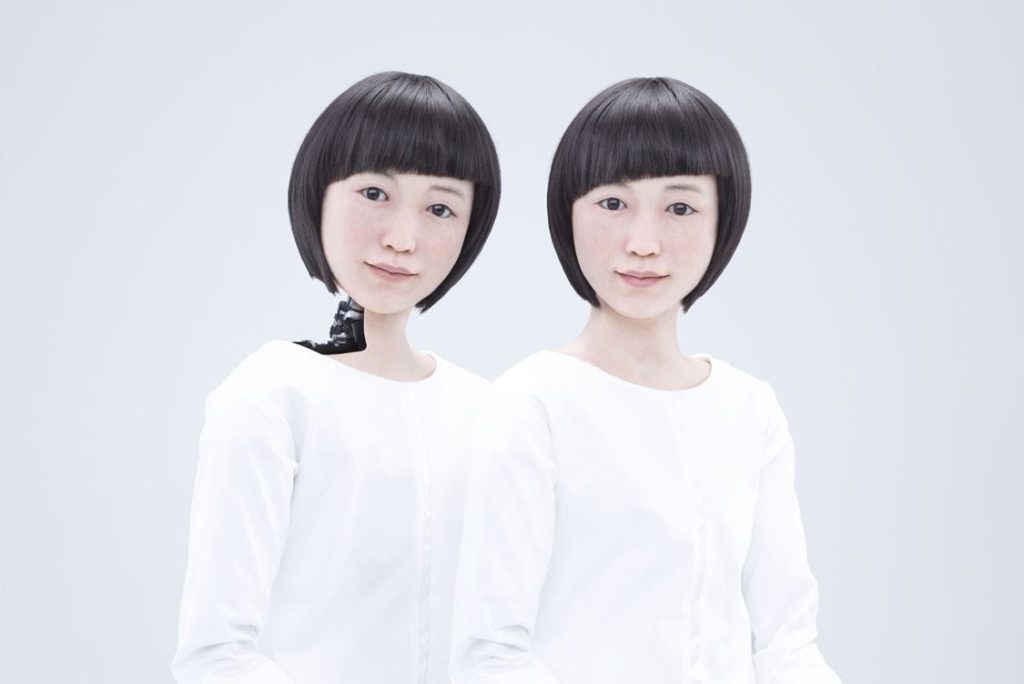 “Instead of a couple working through and sorting out their issues on sexuality, well they can just turn to whatever their preferences are and don’t work on the more important things.”

Brad said that’s a spiritual issue. He said the metaphor of us being the Bride of Christ means that God wants us to work through these issues so that we’re conformed more into his image.

“Having a sex partner in the form of a robot that’s very lifelike and speaks to you and reacts to you because of your emotions, because artificial intelligence will allow that robot to learn what you are like and then that robot will start to meet your needs.”

“The human factor in terms of a spousal relationship will be almost if not completely removed, then the fear is people will then say why get married to begin with?”

“We’ll just have casual relationships and if that doesn’t workout we’ve always got a robot.”

Brad Huddleston admitted sharing this sounded really crazy. But he said there’s so much being written and studied about robots.

“In the day to day we know that social media does not provide the same koinonia, which is the Greek word for fellowship, the same emotional response, chemical response, as meeting face to face.”

Brad said this is why we have things like ‘Facebook depression’. It’s also why the most isolated people in the world are people who spend the most time on social media.

Brad Huddleston advised that we have to be sensitive to God’s Word. That means we need to be constantly saturating our spirits in God’s Word instead of being on social media and the technological platforms.

‘Come out from among them’

“And then of course communing with the Holy Spirit. The Holy Spirit is our counsel. The Scripture says He is the One who comes alongside of us.”

“But if we neglect Him then we will not have that instant check in our heart when we go into technology, and start to go into areas that are dark and we’ve no business going into. We’re not sensitive to Him.’

In conclusion Brad stressed that God has already provided us with all that we need to navigate the internet successfully.

“The Scripture tells us to ‘come out from among them and be separate. Do not touch the unclean thing’ and if we will do that the Scripture says that God will receive us.”

“The reality is, if it’s evil we simply reject it, come out from that and we keep what is good.”

Brad Huddleston is an internationally respected speaker, consultant, teacher and author on the important issues such as technology and culture. He has worked with universities, schools, churches and law enforcement, and spoken to tens of thousands around the world on both the advantages of well-used technology tools and the dangers of the growing trend toward technology addiction. Brad has an on-going collaboration with the Bureau of Market Research (BMR) and its Neuroscience Division at the University of South Africa. Brad has a degree in Computer Science and a Diploma of Biblical Studies and is a credentialed minister in the Acts 2 Alliance (A2A) movement in Australia. He’s also a frequent guest on radio and television and author of Digital Cocaine: A Journey Toward iBalance and The Dark Side of Technology: Restoring Balance in the Digital Age. Brad and his wife, Beth, live in the beautiful Shenandoah Valley of Virginia in the United States.

A new game that pushes the boundaries Brad Huddleston ‘The perception they’re trying to give, is that everyone who voted for Donald Trump are these right wing fundamentalist Christians and they should die,” Brad stressed. ‘Far Cry 5 deliberat (More)

“Essentially with the neuroscience there are a number of ways to get inside the brain and have a look at what’s going on,” Brad explained, saying the most common way would be through MRI scans. “In the case of pornography, these extreme areas ligh (More)

Thirty-six per cent of content on the internet is pornography, and children are being exposed to it more than ever before. As technology offers easier ways for children to get online, it becomes increasingly difficult for parents to monitor their (More) 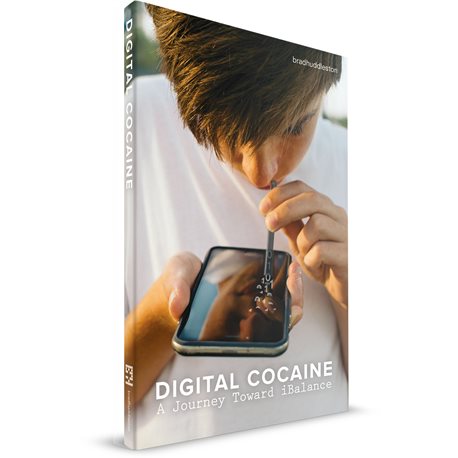 The Dark Side of Technology (Brad Huddleston) 3 x DVD Pack

Ultimately, the problem is not technology. The problem is darkness. Computers and phones do not cyberbully, consume pornography, send 500 text messages a day or commit online adultery. People do. And people who don’t understand the risks are falling everyday. Keep you family safe…