How to pray – what to pray

“I can tell you places there where 220-thousand people from a difficult religion to reach have come to the Lord.”

“There again, one of the outstanding things is prayer. Every new convert from Day-One is taught how to pray.”

“In many of these situations they know that unless God turns up and does something for them today, they may not be alive tomorrow.”

“We welcome the persecution because we get a bit of a rest when we go to prison.”

“We live in an affluent country and affluence is always toxic to spirituality.”

Prayer answered according to His will

“Our prayers need to always be informed by what the Word of God says,” Stuart Robinson advised. Stuart  was the founding pastor of Australia’s largest Baptist church.

“We just can’t wander off on a hunt as it were, on wished fulfillment and then wondering why God doesn’t answer our prayers.”

“The Scripture is explicit. He answers that which is according to His will. Then the question becomes what is His will?” Stuart stated and expressed the need for us to understand that.

And just as that applies to our personal world, so it does for the world in general.

“That applies right across the entire world, not just our little world which we inhabit with our personal lives but including His will for other nations.”

In terms of where we are placed in Australia and aware of the needs we have here, Stuart Robinson, who’s visited more than 90 countries, said we are disadvantaged by our affluence.

Australia – ‘The effluence of affluence’

“We live in an affluent country and affluence is always toxic to spirituality.”

Stuart spoke of the Israelites at the river Jordan in Deuteronomy chapter 6, where God gave them a warning.

“You’re going to cross over into the land of milk and honey and then you’re going to forget about the Lord your God and I’m going to have to come along and smack you around a bit,” said Stuart paraphrasing. And that’s exactly what happened.

The Israelites became rich and forgot all about God.

“They didn’t have a need for Him,” Stuart remarked. “And you see that happening on the macro-scale today.”

Jesus said it’s harder for a rich man to enter the Kingdom of God than a camel to go through the eye of a needle.

“The reason for that is that when we’re affluent, when we’re rich and living in a country that has a great undergirding of the welfare state we don’t really have a need for God.”

Personal crisis? – ‘That’s when we pray’

“Everything is done for us. The rich and the ‘uber’ rich, they have no need for God, until or unless they confront something which is beyond their ability to control or to buy their way out,” Stuart illustrated.

“Then they get the Big C – Cancer. Then we become serious about prayer.”

But as Stuart has explained, because all our needs are met, prayer is not all that big a priority unless we enter into the realm of personal crisis. It’s only then, and even as Christians, we become more intense about prayer.

Outside of Australia however, it’s a different story.

“People in those three zones are going to have a much greater need than we have here.”

“And in many of these situations they know that unless God turns up and does something for them today, they may not be alive tomorrow.” Stuart declared.

“Their prayer is intense,” said Stuart, and gave South Korea as an example.

“Korea went from virtually zero to 40 percent in terms of church population by the end of the 20th Century.”

“These people lived through the Korean War and many other difficulties and they learned the priority of prayer,” said Stuart who referred to the words of well-known Korean preacher Dr Yonggi Cho.

“He was asked, ‘How did you build a church of a million people?’ ‘Oh, it’s very simple,’ he replied. We just pray and obey.’”

So, how long does Yonggi Cho pray? Answer: Only five hours a day!

‘There’ll be 247-million Christians in China’

“When the bamboo curtain came down in 1953 we thought the church would die. There were just 660-thousand Christians in China at that time.”

But when the curtain lifted in the 80s and 90s it was astonishing to hear reports that as many 130 million Chinese had become Christians.

Stuart Robinson reported a Chinese demographer estimates that by the year 2030 there’ll be 247-million Christians in China.

“When you go to the Chinese church their prayer life is incredible!”

Stuart was in conversation with some ‘house church’ Christians, or worker pastors as he calls them, and he asked them if they’d had any success.

“They replied to say, ‘Not much.’ But Stuart insisted they tell what ‘not much’ meant.

Stuart let them know it wasn’t as bad as they were making out and asked what it was that made them grow. 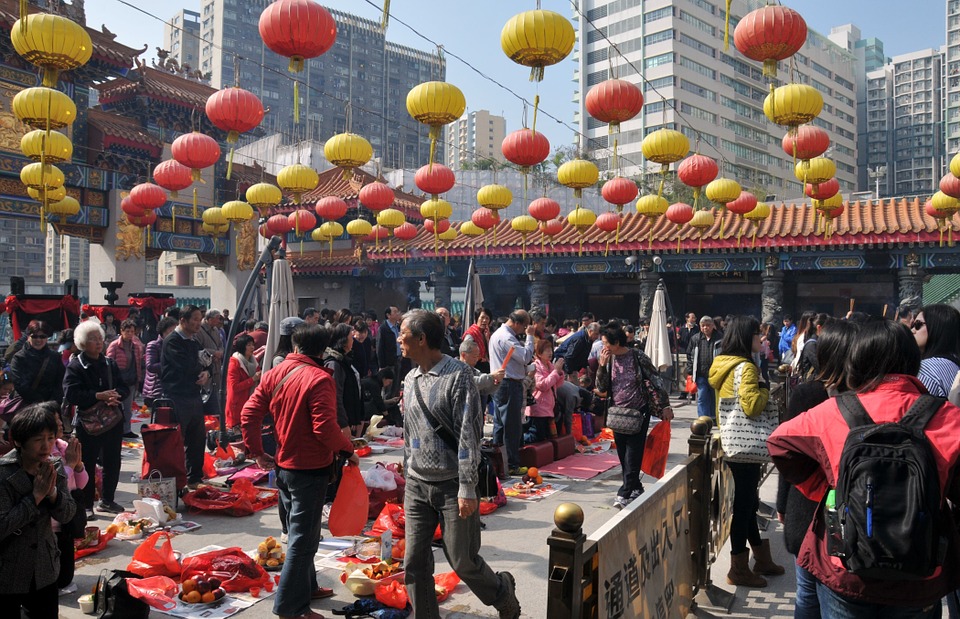 “They said it’s caused by two pains. The pain in the knees through constant prayer, and the pain of persecution.”

“We welcome the persecution because we get a bit of a rest when we go to prison,” was what they said. And as for the constant prayer, the Chinese Christians had an answer for that.

“We’ve had continuous prayer in our churches from the very beginning 24-7. A team comes along, they pray for eight hours, then the next eight hours goes to another team, and it goes on and on like that,” Stuart outlined before asking them what else they did.

“Every month we have seminars over one weekend teaching our people how to pray.”

Another question. “What else do you do?”

“Once a year we go to a far-off place way up in the mountains where no one can follow us and there we have a special prayer conference for people who have the condition to be able to go and pray in the daily prayer life of their church for a minimum of 300 days.”

Stuart Robinson had one more question for these zealous Chinese leaders.

“They said, ‘Yeah. We’d let you come but you’d have to sit outside in the snow. We’d leave the window open so you could hear a bit.”

Stuart next turned to India where he has a friend with whom he works with every year.

‘They were starting 15 new churches every day’

He said in northern India it’s been very tough. It’s a strong Hindu area compared to southern India. But the northern region has always been a graveyard for missions. However, that has changed. Stuart tells the story.

Stuart Robinson then asked them the obvious question. What’s the secret? We don’t see anything like this in Australia.

“They said it’s a simple secret. Intimacy with Jesus. John 15:5 ‘Without Me you can do nothing.’

That all changed when a pastor with a very serious illness arrived.

‘Incredible things are happening because those people prayed’

“Today that church in Baghdad has grown to around 15-thousand people.”

Stuart Robinson said one of the first things they did was to establish a network of pray-ers throughout the city, 24-7. On the downside to this story, 7,000 of those people have fled, another 7,000 are still in the city, and over that time 1,270 of them have been killed. Baghdad is a very dangerous place.

“But incredible things are happening because those people prayed,” Stuart commented before heading off to another continent. Africa.

“I can tell you places there where 220-thousand people from a difficult religion to reach have come to the Lord.”

“There again, one of the outstanding things is prayer. Every new convert from Day-One is taught how to pray.” Stuart said they have a prayer network that covers the whole of their work.

“That’s the extraordinary factor, the prayer factor which is not that much practiced in our society here.”

Stuart Robinson is the author of 11 books including one called The Prayer of Obedience.

The Prayer of Obedience demonstrates from the Bible and history that whenever the principles of prayer and obedience are invoked amazing church growth occurs. To pray and obey are absolutely foundational, nothing of consequence will happen without them.

Dr Stuart Robinson is the Founding Pastor of Australia’s largest Baptist Church. Before that he worked for fourteen years in South Asia where he pioneered church planting among Muslims. He travels extensively as a speaker at Conferences. He is the author of eight books including best-selling titles, Mosques & Miracles, Defying Death and The Prayer of Obedience. He graduated from four tertiary institutions. Stuart was born in Brisbane and is married to Margaret. They have three married children.

The Hidden Half’ Women In Islam – Dr Stuart Robinson

Dr Stuart Robinson “In Islam there is no such a thing as human rights, there is only Allah’s rights.” “Muslims regard Mohammad as being the perfect man and his life, what he said and did, is the example.” “Women are the most harmful trial and (More)