Religious freedom? – ‘We won’t allow that kind of (Christian) teaching to take place in this school, or we won’t allow people the freedom to speak a different version of what sex and marriage should look like.’

Free speech? – ‘It sounds like a beat-up. You’re just driving up fear and it’s not legitimate.”

Michael Kellahan leads the Freedom for Faith movement, whose purpose is exactly that – to protect and promote religious freedom in Australia.

Michael said Christian teachers in some post codes are already experiencing tension. The pressure not to speak and to privatise their faith.

“What was out of step in a cultural manner is now out of step with the law and that carries through to the employment situation.”

2018 may well will prove to be a seminal year of consequences for Western civilisation – consequences that have followed changes to the definition of marriage in a number of countries that now include Australia.

Consequences that academics predict will see the biggest issues facing courts this year to have an LGBT element to them.

Consequences that have church leaders in Australia calling for legislation to protect freedom of conscience, speech and religion.

Michael Kellahan likens his group to a ‘think tank’ – a bunch of Christians drawn from churches, including legal and political spheres is how he describes it.

“The common concern is for religious freedom and we try and do good thinking for governments who really don’t have time to think these things out well,” Michael commented, adding that politicians don’t necessarily see all the implications as a result of the marriage law changes.

Right now submissions are being made to the Review of Freedoms led by former Liberal minister Philip Ruddock. In terms of the Review’s findings, submissions from the likes of Michael Kellahan’s ‘think tank’ are expected to make a huge impact on the outcome.

Apart from helping the Review shape policy and legislation, Michael also expects a grassroots message of what’s happening on the ground, post same sex marriage legislation, to be the reality wake-up call for those hearing the submissions.

“This is what it’s like in my school, this what it’s like at my workplace, these are the issues now facing us that we haven’t seen before. The government needs to be persuaded that this is a real problem that needs solving.”

“We need lots of submissions with real evidence that shows the seriousness of the issues at at a local level. We also need to say here is a way those problems can be addressed which is fair and reasonable and works for everyone and that isn’t just a special pleading from Christians,” Michael outlined.

But, the average Christian right now might well be thinking how serious is this issue of freedom really? Nothing’s changed, why all the fuss?

Michael said some see it as a first order issue while others don’t see it at all.

“Sometimes when you talk to senior people in Canberra on this very issue they say, ‘We just don’t see those issues arising in Australia. It’s not dominating the court scene here.’”

“They would think it sounds like a beat-up. You’re just driving up fear and it’s not legitimate.”

“And at the same time you’ve got others who say we used to have no problem at all at getting access to meeting in this public school, or on this campus or within the workplace to do these things and that’s completely changed at a speed and scale that we just can’t believe.”

“It’s not a beat-up and this isn’t us being alarmist, and nor is it being naïve about some of the challenges there in front of us,” Michael confirmed.

Meantime in the US experts in law education and public policy asked the question – ‘What’s going to be the most prominent issues in 2018? The common answer was same sex marriage and the consequences that extend to a society after the definition of marriage is changed.

As far as what’s important about the crisis Australians are moving into Michael said the marriage debate in Australia has exposed a deeper issue.

“The deeper issue is about a society where there isn’t the kind of clear agreed set of values where people with different beliefs are living side by side and finding it hard to know how to negotiate that difference.”

“So how do you deal with people now whose views on marriage haven’t changed even though the law has?”

For the US issues arising from the fallout of their same sex marriage legislation are being heard by the Supreme Court. Same in Canada. But as far as Australia is concerned Michael Kellahan said it will look different here.

All done in the name of justice

“It will have a particular Australian colour but the underlying issue is the same. How do you live alongside people with very different beliefs? How does the law govern that? How does culture decide what is acceptable and what isn’t?”

Michael said people are saying the marriage debate is the equivalent of the 1960s civil rights movement around race.

“It’s that kind of moment. This has all been done in the name of justice and this produces good for society.”

“But the natural consequences of that kind of thinking are those who don’t come on board are stuck in the past are part of the problem sewing injustice and need to be stopped!” Michael declared before citing some examples of what will occur if this progressive wave goes unchecked.

“(They say) we’re glad for that change and we want to see it now hardened up by the law.”

Christian teachers to ‘privatise’ their faith

Michael said this is the kind of mindset that’s going to produce legal challenges and we should definitely expect them.

Australia, post same sex marriage legislation, is cause for concern where schools are involved. The education process and increased limits on parental intervention where teachers are obliged to promote transgender options.

In effect people will be at risk if they don’t toe the line and Michael said Christian teachers in some post codes are already experiencing that kind of tension. The pressure not to speak and to privatise their faith.

“What was out of step in a cultural manner is now out of step with the law and carries through to the employment situation.”

“We should also expect it to have further implications in terms of funding and taxation. That’s not to say it’s happening now but you only have to look at the things being put on the agenda for both major parties and certainly the Greens and others who are saying a hard secular push is a good thing.”

The move to Marxist socialism

Is it Marxist socialism is it totalitarianism? When the state controls the conscience it controls everything?  The battle right now – we don’t want our conscience to be under the control of the state.

Michael said the cultural movement toward that end happens well before laws are passed.

“We saw it for instance in Victoria with the debates over euthanasia and in NSW where Catholic MPs were told they needed to disqualify themselves. They were unable to take part in the debate because of their religious beliefs.’

“In other words you can’t bring your religious beliefs outside of the church and into the parliament. It’s alright to a set of beliefs but you can’t have a Christian set of beliefs.”

Michael Kellahan said this creates a problem for Australia as a society when the state decides to impose hard secular beliefs, supposedly neutral which they’re not and discount other voices.

“If you think about the way Christians and other faith groups throughout the years have been able to speak into a whole range of issues. From Manus Island through to AIDS and moral issues where people of faith may well have a voice which is different from the prevailing culture.’

“That means we need to have the freedom of ideas that others find awful in the public square and to debate them.”

Freedom for Faith is a Christian legal think tank that exists to see religious freedom protected and promoted in Australia. We believe that Australians with different views need to talk, and even more so when it comes to politics and law.

We need to hear each other and turn towards each other in dialogue.We believe that, in a healthy democracy, people of faith and people of none, will debate ideas on their own merit. We believe that the Christian vision of a liberal democratic state, articulated by thoughtful believers like Roger Williams or John Locke or John Adams, will ensure that people from all religions and none will have a seat at the table.

We know that when the state controls somone’s conscience, then the state will control everything. So we passionately advocate for freedom of religion, freedom of expression and freedom to associate. Because when we have these freedoms, all Australians will be able to flourish. If those are your passions too – join us.

There’s never been a more important time to think about the fundamental role of religious freedom in Australia’s liberal democracy.

‘Sexually explicit material exposed to 12 year olds’ “There really are serious implications for how Christians live out their faith in the new world where marriage is redefined.” “It’s amazing children are being exposed at such a young age to thi (More)
FREEDOM – Australia’s Most Endangered Liberty – Wendy Francis
The marriage NO vote: “There are hundreds-of-thousands of people involved. Over a million people have downloaded the Freedom app and people are getting involved.” Sexual harassment – “Harvey Weinstein actually acted out everything Hugh Hefner (More) 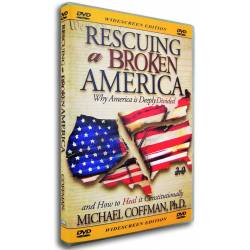 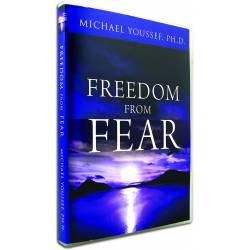