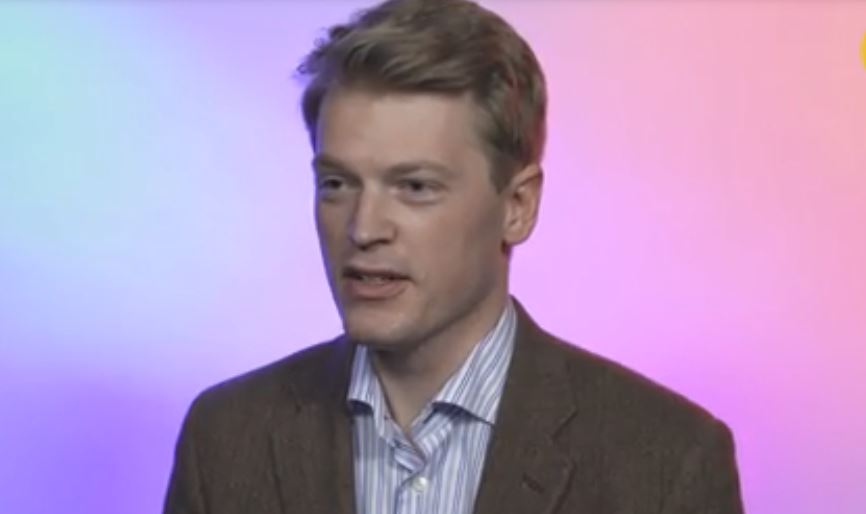 ‘Every so often you hear an MP or a senator is resigning for family reasons.’

‘This is a concern for Christians in the way political life is becoming incompatible with family life.’

‘Then there’s the bill to combat workplace slavery in Australia.’

And universities are punishing students for sharing their faith.

Topics addressed by Martyn Isles recently. And these are the sorts of issues Martyn deals with now he’s the Australian Christian Lobby’s managing director.

For starters, a Labor federal member in Western Australia resigned a few weeks back. Is that significant?

Martyn Iles ‘in the thick of it’ at the ACL

Martyn was the ACL’s chief of staff when Lyle Shelton was at the helm.

But one thing leads to another and so it was when Lyle took the big, brave, bold step into the political maelstrom of Senator Cory Bernardi’s fledgling Australian Conservatives.

And who was it that got the call to take the ACL tiller? Martyn Iles.

Martyn might attest that God’s ways are not our ways because he’d had his eyes set on becoming a barrister. He will tell you himself that at the time he was enjoying law. He’d even turned down the ACL chief of staff position when it was first offered to him.

But He didn’t say no to the job a second time and quickly proved he was well versed at answering the big political questions of the day.

So, what about that Labor WA federal member’s resignation? What does that mean in the overall scheme of things? 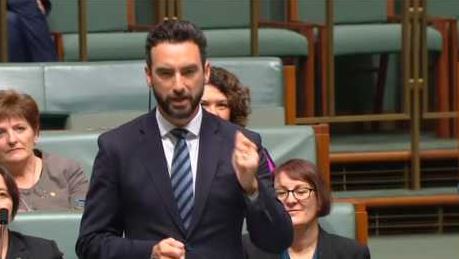 Because of the decision by Tim Hammond, the member for Perth, has triggered a by-election.

Martyn Iles said it has some importance as it’s not too far away from the next federal election.

It’s at a time when the Government is trying to claw back popularity and he (Malcom Turnbull) is fighting a narrative that they’re on the losing side.

“They’ve been losing news polls left, right and centre. In fact every news poll for a very long time.”

“But it’s not going to be very helpful for the government because it’s a very safe Labor seat and by-elections tend to go against the government.”

The by-election has a Christian angle

“It’s highly unlikely the government will win it, with the question being how big the swing will be?” was Martyn’s rhetorical answer to the question.

Martyn Iles suspects the federal government is extremely nervous about the outcome.

There’s also a Christian angle to this minor political event, at least as far as the rest of the Australian electorate is concerned.

This resignation is just the latest in a number. Every so often you hear an MP or a senator is resigning for family reasons.

“It is true the style and the amount of work placed on politicians today is extremely demanding.”

Politicians regret the cost to their families

Martyn Iles declared that a politician’s life today is incompatible with family life.

“I know many with families working in the political world, either as politicians or as staffers, and they regularly raise this as a deep concern of theirs.”

I know some of the older ones who now regret that it took them away from their families.

Martyn explained this is why there’s a bias in the kinds of people who enter politics and all the support roles that go with it.

“They tend to be people who are single, often with no children, and there’s an over-representation of the LGBTI community.”

“It’s not a rule but it’s a general trend and that changes the way the people who are leading our nation think.”

They themselves are not family people and I think this is a concern for Christians in the way political life is becoming incompatible with family life, it’s a problem.

Martyn also discerned the extra pressure foisted upon WA MPs with the long-haul flights back and forth to Canberra. 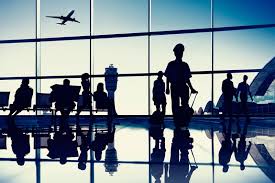 “The three-hour time difference in summer is incredible. It takes an entire day to fly one way,” Martyn noted saying the demand on time makes it even worse.

On an entirely different matter, the slave-like work conditions and in fact in some cases, no-less than slavery, being endured by workers.

This came to light in the NSW state parliament recently. 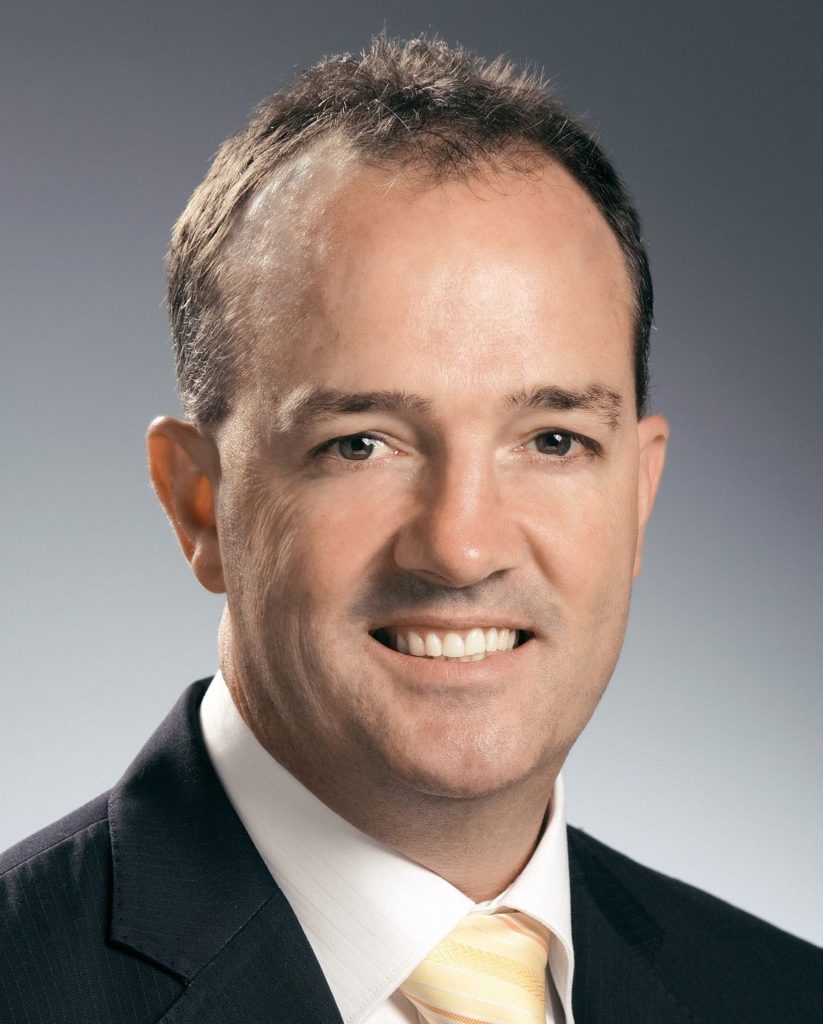 Martyn said it referred to an anti-slavery bill introduced by Paul Green, a politician in the NSW Upper House for the Christian Democratic Party.

Both the Federal and NSW governments have conducted inquiries on this subject not long ago.

“They’ve found there’s a reasonably significant problem with modern slavery in Australia which I think would surprise a lot of people,” Martyn admitted.

“When they say modern slavery they mean forced labour or underpayment wages so often in sectors like nannies, restaurant workers, back-packers and their employment arrangements.” 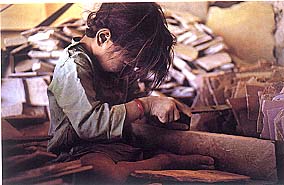 There are about 4-thousand (slaves) in Australia, right under our noses. So, the Christian Democratic Party has put up this bill.

But although Martyn doesn’t believe it will solve the slavery problem, the bill can do some good things.

“It appoints an anti-slavery commissioner to monitor the situation and to make recommendations to the NSW state government.”

It creates a hotline for people to ring up if they’re in slavery-like conditions and they need help and they don’t know where to go.

“It also asks large manufacturers to police their supply chain to make sure none of their products have been produced by slaves.”

Will it pass the lower house?

Martyn said if the bill becomes law it will increase penalties for some of the offences.

“It does some good things and it has actually passed the NSW Upper House which is a great milestone.”

The question now is whether it will pass the Lower House and there’s an ACL petition that we’ve been using to exert some extra pressure on that.

“It’s obviously a bill that has a real prospect of passing again but you can never be too sure.”

The ACL has a link at the top of its home page (www.acl.org.au)  ‘End Modern Slavery’ where people can add their signatures to a petition for politicians to ensure the bill passes.

Another topic covered during the discussion with Martyn Iles was the subject of Christians attending universities and the obstacles they encounter. 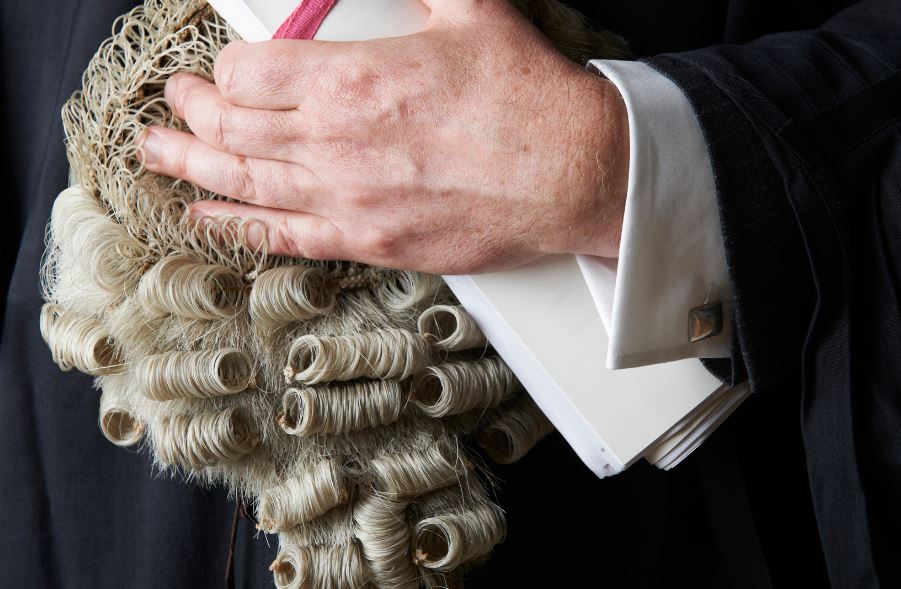 Martyn spoke about the Human Rights Law Alliance that sits under the ACL’s banner.

The Alliance is there to help those who get into trouble for living out their faith and Martyn said they’ve had a number of university students come to them for help.

One of the stories we can tell is that of a young man called Joshua.

“He faced some very serious action against him by his university because he expressed his faith on campus.”

Joshua prayed for a friend of his with her permission.

“She’d told him she was struggling with anxiety so he made the offer as a Christian to pray for her and she said that would be fine.”

‘He said he would love them’

“At the time she seemed to appreciate it for it showed a level of concern and care on his part.”

Then came a second incident when Joshua was challenged about what he would do if one of his friends told him that they were gay.

He said he would love them and be their friend but he may not agree with what they do.

Joshua then suggested they have a conversation about it and asked if others if they had an opinion on the subject.

It turned awkward for Joshua because the others gave little input to the discussion and he had to leave the conversation.

“But those were the two benign incidences and the university received a complaint of misconduct against Joshua.

‘I didn’t believe it when I first heard it’

“They suspended him for six months and he had an academic discipline put on his record.”

“He was told he would have to go to fortnightly counselling sessions to learn how to interact with his peers, and talking about his religion on campus making it a safety risk for students.”

Martyn described Joshua’s treatment by the university as an incredible outcome.

I didn’t believe it when I first heard it and I went and did some further investigation only to find that indeed it was true.

But Martyn reported he’s free to talk about it now that it’s over.

Now there are other stories just as extreme as Joshua’s and Martyn described the actions as a concern for religious freedom.

“This is relevant to the current news and political situation as we look at the Ruddock religious freedom review right now. The report will come down the first week of June and it’s going to be very, very significant,” Martyn declared.

The Australian Christian Lobby is a grassroots movement of over 100,000 people seeking to bring a Christian influence to politics.

We want to see Christian principles and ethics accepted and influencing the way we are governed, do business and relate as a society. We want Australia to become a more just and compassionate nation.

ACL is a non-party partisan, non-denominational movement that seeks to bring a Christian voice for values to the public policy discourse.

The Human Rights Law Alliance exists to change the law and preserve freedom.

As an organisation with a Christian ethos, our primary area of interest is the right to freedom of thought, conscience and religion or belief. We work to ensure that all Australians can peacefully live out their faith and convictions both in private and in public without fear.

The freedom to believe lies at the core of all human rights and freedoms. Freedom of speech enables the communication of beliefs, whilst freedom of expression permits beliefs to be lived out in society. Freedom of association allows those of like-mind to form groups, communities and organisations governed by common conviction.