The Christian Foundations of the Common Law

A new collection of books from Dr Augusto Zimmermann

Firstly, this is volume 1 of 3 with two more volumes to follow.

So anyone wanting to know where Australia fits into the scheme of things will need to wait for volume 3. Volume 1 is focused on England.

The fact that three volumes are required tells us there’s much to say about this subject.

Defender of the Faith

“There is so much to say about our Christian foundations of the Common Law. There’s the idea of the Governor-General representing the Queen.” 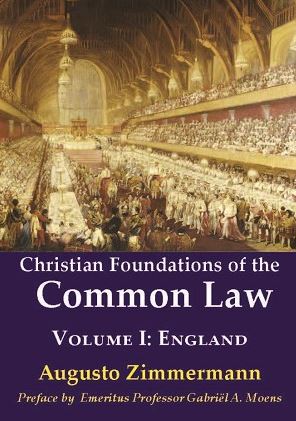 This connects us with an idea of the ruler having to give an account to God.

“That’s because the coronation ceremony is very clear that the Queen is promising to be a defender of the faith,” Augusto informed saying it’s a symbolic acknowledgement of the Christian faith.

Under Australia’s current constitution the powers of the Governor-General show the relevance of Christianity in the legal system.

“The Governor-General is exercising the executive power as the Queen’s representative here.”

He’ll be a defender of faiths

“And the Queen swore her allegiance to the Christian faith as part of the coronation ceremony,” said Augusto.

But while the Queen has been doing a very good job Augusto said that may not be the case with her successor. 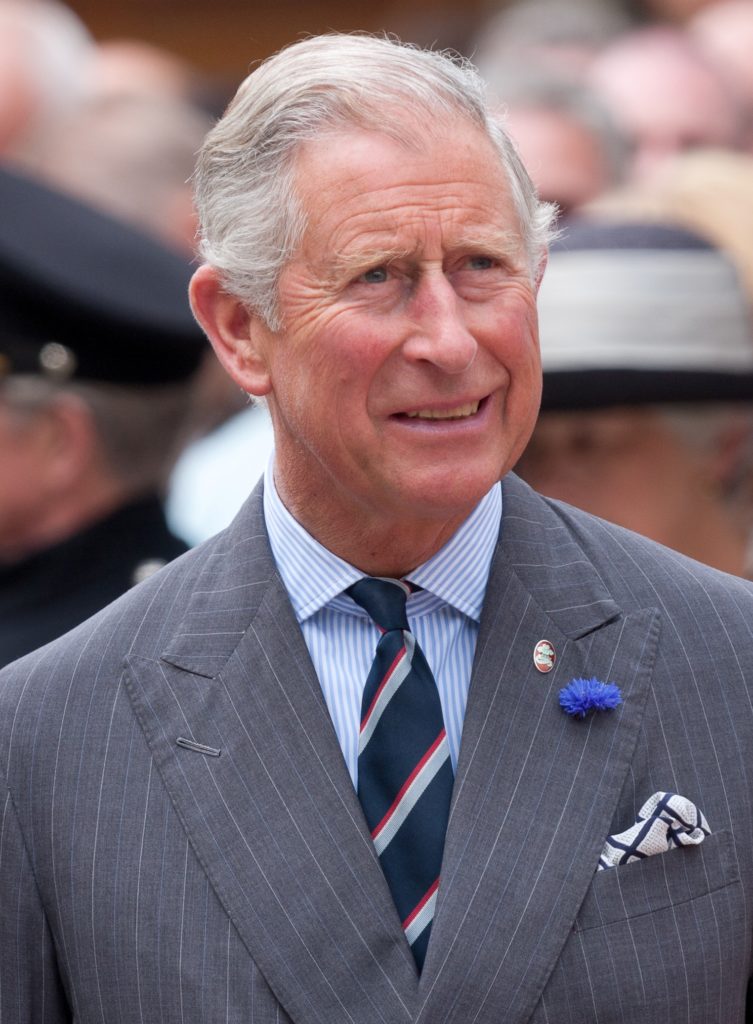 He (Charles) is actually promising he’ll be a defender of faiths rather than the faith.

“When he divorced his wife it wasn’t on biblical grounds at all. So unfortunately I would say the successors to the Queen need to learn they are there to be defenders of the faith.”

“If he (Charles) makes this commitment and acts as the Monarch of England he needs to commit himself to the protection of the Christian faith because it’s a promise he’ll make at the coronation ceremony.”

Writing God out of our foundations

But what about Australia and the forces wanting a republic and wanting to write God out of our legal foundations? Are they likely to succeed?

Augusto Zimmermann said this would be a very dangerous move.

At the end of the day the Constitution would have to be rewritten perhaps because we’re lacking a knowledge of history these days.

“You’ll see the history curriculum has been dumbed down for children in this country.”

Augusto said he’s recently written an article on the poor state of history education in the schools and what this will mean if there’s a move to become a republic.

“There’s a beautiful history with a reminder of where our rights and freedoms come from. These will be further undermined,” Augusto declared.

Augusto said the push to becoming a republic could become a Trojan horse for social engineers to redesign the country.

“It would make it more secular and provide governments with more power,’ said Augusto.

It’s a bad idea and I don’t agree with this idea because of the consequences.

But the concern returned to the likelihood of Prince Charles ascending the throne. Augusto said it doesn’t bode well for the Commonwealth.

“We have a precedent coming from the Archbishop of Canterbury, the previous one, who claimed himself to be the Chief Druid in honour of the Druid tradition.”

“Hopefully he didn’t commit child sacrifices in the process because that’s what the Druids used to do.” 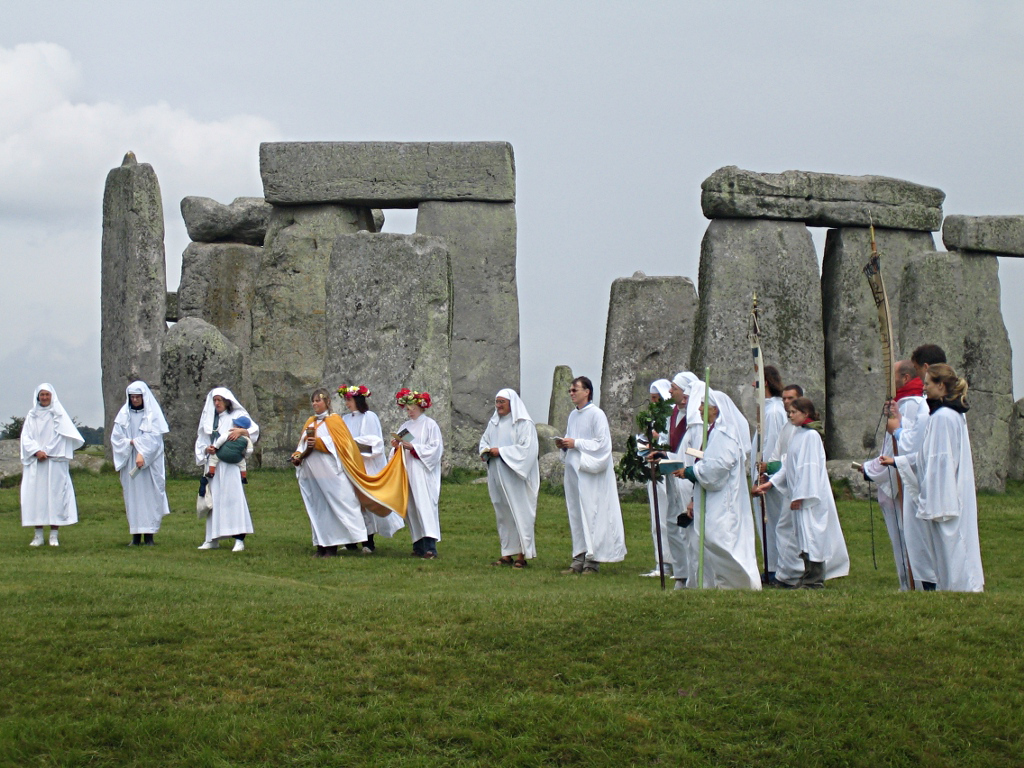 “So in a certain sense it’s a very dangerous thing to forget the roots of your rights and freedoms.”

But Augusto Zimmermann was being polite when he suggested Prince Charles doesn’t have a proper understanding of the issue.

He commented on the Syrian crisis saying perhaps this is a result of climate change rather than the problem with the radical Islamic movement.

“So he doesn’t have a clue about what’s happening in the world, and certainly he has no regard or respect for the institution of marriage.”

Respect for our institutions

Then there’s the prime minister who’s a staunch advocate for the republican cause.

“Unfortunately when Malcom Turnbull has an opinion I’m not surprised when he makes comments (on Charles or the republic).’

But at the end of the day he’s a prime minister who first of all has to respect our institutions.

Augusto suggesting it would be good if Malcom Turnbull took the time to read his book.

“He should understand that his power is not derived from himself or human beings, but ultimately derived from a benevolent God who gave us the same rights as citizens that he possesses.”

Christianity and the first American settlers

And as far as the US is concerned Augusto said they inherited the English law and its Christian heritage. 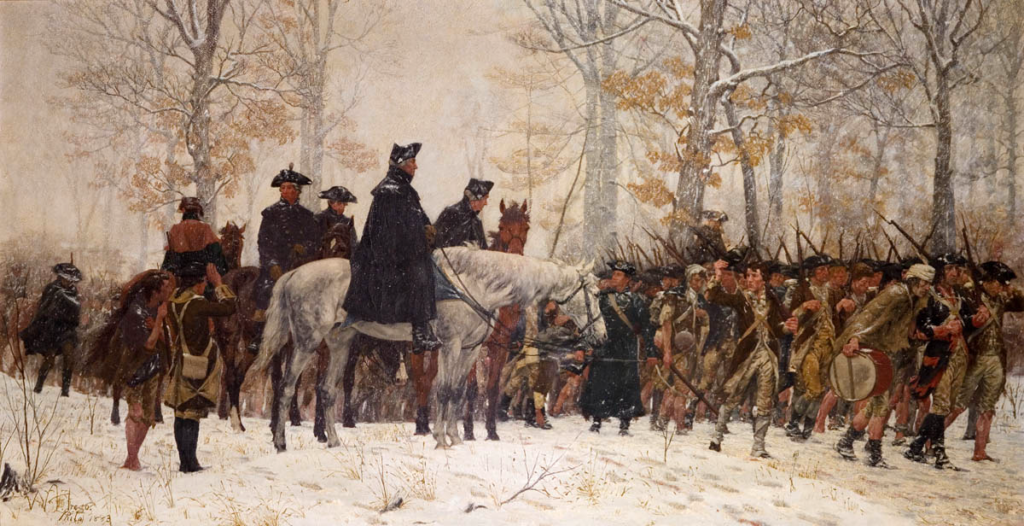 The March to Valley Forge

Christianity was central to the lives of the first American settlers, even during the American revolution.

“The revolution was based on the idea by America’s founders to fight against a government that suppressed the rights and freedoms that they claimed to be God-given.”

“So when you think in terms of the American Declaration of Independence the Christian message is very clear.”

The Declaration of Independence

Augusto gave a brief summary on the Declaration noting that tyranny and oppression do not lead to happiness.

“It’s a very clear document in the sense that they acknowledge their rights and freedoms that are not provided ultimately by the states.”

It is actually the gift of a benevolent God.

God given rights or inalienable rights. Rights that are not written down anywhere but rights we expect as part of the human race because we’re created in the image and likeness of God.

In fact God given rights are a protection for all people.

“These rights were not only supported by the American founders but also the creators of the Common Law.’

“This is about the supremacy of the Law over the judiciary and the legislature.”

The rights to life, liberty, and property and to the creation of government under the law.

“So these rights impose limits on the authorities, the constitutional limits and rules.”

“These work to a prescription for a system of government under the law that’s limited by a natural right for every individual, who should not be subject to unjust law.” 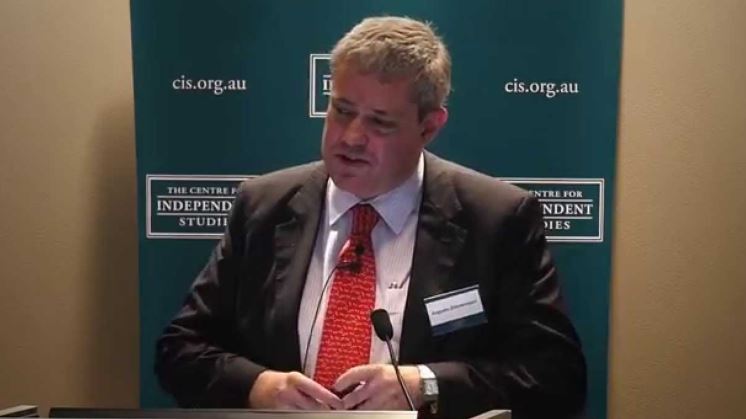 A prolific academic writer and the author of numerous articles and books, Dr Zimmermann has been awarded the 2012 Vice Chancellor’s Award for Excellence in Research, and also been awarded two consecutive Murdoch School of Law Dean’s Research Awards, in 2010 and 2011.

In this excellent book, Dr Zimmermann carefully lays out for the reader an easily digestible and highly readable account of the Christian roots of the common law in England… His book is a very valuable addition to Australian works on legal history and will assist not only lawyers and law students but all interested readers to better understand why our legal system is as it is.