The National Day of Thanks – Brian Pickering 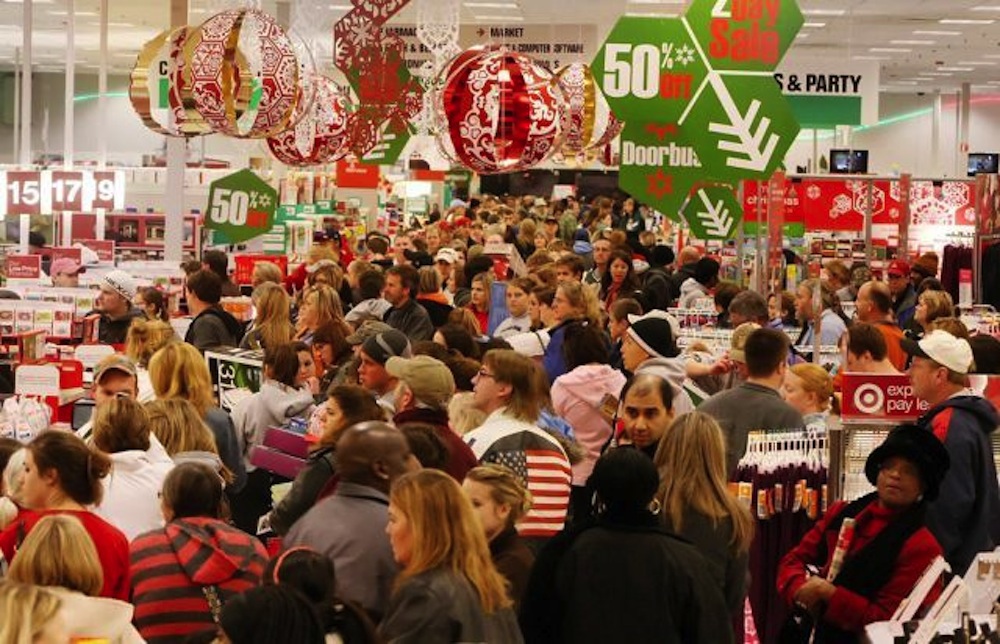 The Governor-General, the prime minister and the leader of the Opposition, have all endorsed and encouraged Australians to celebrate the day.

‘We’re trying to foster an attitude of gratitude – not just on this day of the year but right through the year.’

This is Brian Pickering – the man who birthed Australia’s very own National Day of Thanks in 2003.

The National Day of Thanks can be many things.

At its core, it’s a practical expression by Christians and churches to make significant relational connections in their local communities.

Here’s what you need

The National Day of Thanks happens on the last Saturday of May each year. For this year 2018, it’s the 26th May.

These include thank you cards, balloons, badges, and ribbons.

At the backbone of what has become a national movement is Brian Pickering who’s been at the forefront since its inception 14-years ago.

Brian has no doubt communities have been touched and changed as a result of the National Day of Thanks that have taken place in their localities.

How it all works on the day

It’s about communities, churches and individuals acknowledging and saying thank you to people who have made a difference in their life or in their community.

“It was way back on the 11th February 2004 when it was initially endorsed by the Governor-General who launched the Day from Government House in Canberra.” 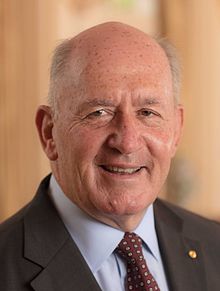 And since that day the Governor-General, the prime minister and the leader of the Opposition, have all endorsed and encouraged Australians to celebrate the day.

But there are those who think Australia is just copying the Americans with their traditional Thanksgiving Day.

‘Not so’, said Brian Pickering. There are many differences.

“America’s Thanksgiving dates right back to its beginnings where they give thanks to God for the foundations of that nation.”

Whereas in Australia we just want to say thank you to people who contribute to the life of our nation or to their local community.

“Or even into our own personal lives, by just stopping for a moment and saying thank you to them,” Brian explained.

He said the Australian version has a different flavour to it and a different understanding of what it’s all about and that’s one of the reasons why there was a name change recently to The National Day of Thanks.

This is just one of several changes that have taken place during its lifespan.

However Brian admitted the changes have been subtle and slow.

Thank you to friends and workmates

“Initially we saw it as a day for the churches to take hold of and to use it as a means of evangelism and a mission into their own community.” 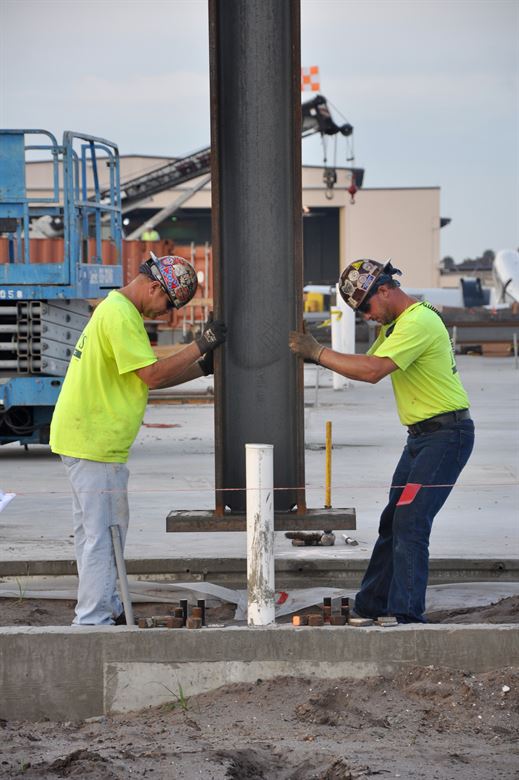 “But lately in recent years, individuals are picking it up and we’re seeing a greater number of individuals using it to say thank you to friends, workmates, or people in the community that have done something for them,” informed Brian.

This year in particular we’ve been very strong in the sale of products mainly to individuals so we’re excited about that.

While the level of expression for the day can vary from community to community Brian said that overall there has been a wide spectrum of interest taking place across the nation ahead of this year’s Day of Thanks.

“Many councils see it as a very important day for community cohesion.”

“They encourage the churches to hold festivals or morning teas.”

“In some cities councils put in a few dollars to help provide a thanksgiving lunch for people to be invited to say thank you to.”

“So there is a lot of community involvement. Many churches use it to outreach and connect to their community and recently more individuals are beginning to do it now,” Brian confirmed.

We’re trying foster an attitude of gratitude – not just on this day of the year but right through the year.

“We’re also taking the message into schools for instance and this year we’re doing a pilot in about five Christian schools.”

“We’ve written a resource booklet for them and they’re very excited about it becoming part of their curriculum.”

“So if it takes off in those schools we’ll try to get it into state schools,” Brian declared.

There have been numerous responses as a result of previous Days of Thanks from people deeply moved when someone has said thanks to them.

“This highlights the fact we don’t live in a society where we acknowledge too much about what people do. We just take it for granted.”

Some people weep and some people cry when they’re thanked because no one’s ever recognised them before.

“We’ve also had stories of people inviting their neighbours in and just thanking them for being good neighbours.”

Brian said the feedback from the thanked neighbours has resulted in them becoming even better neighbours. 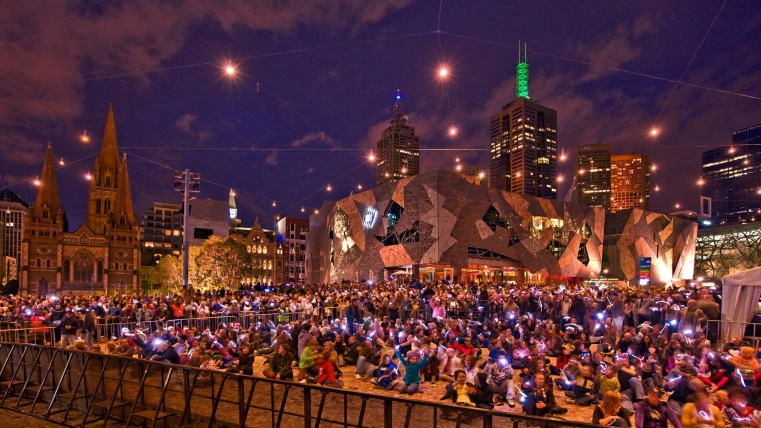 It builds community spirit. People have had their whole street where they’ve had a street party and that’s helped them to bond with the other people in their street.

Brian then mentioned another new development concerning an activist organisation in the justice area.

They are encouraging all their members to write to their parliamentarians and say ‘thank you’ for some changes they had advocated for and which were given.

Businesses are also preparing to jump on the Day of Thanks bandwagon on Saturday 26 May. 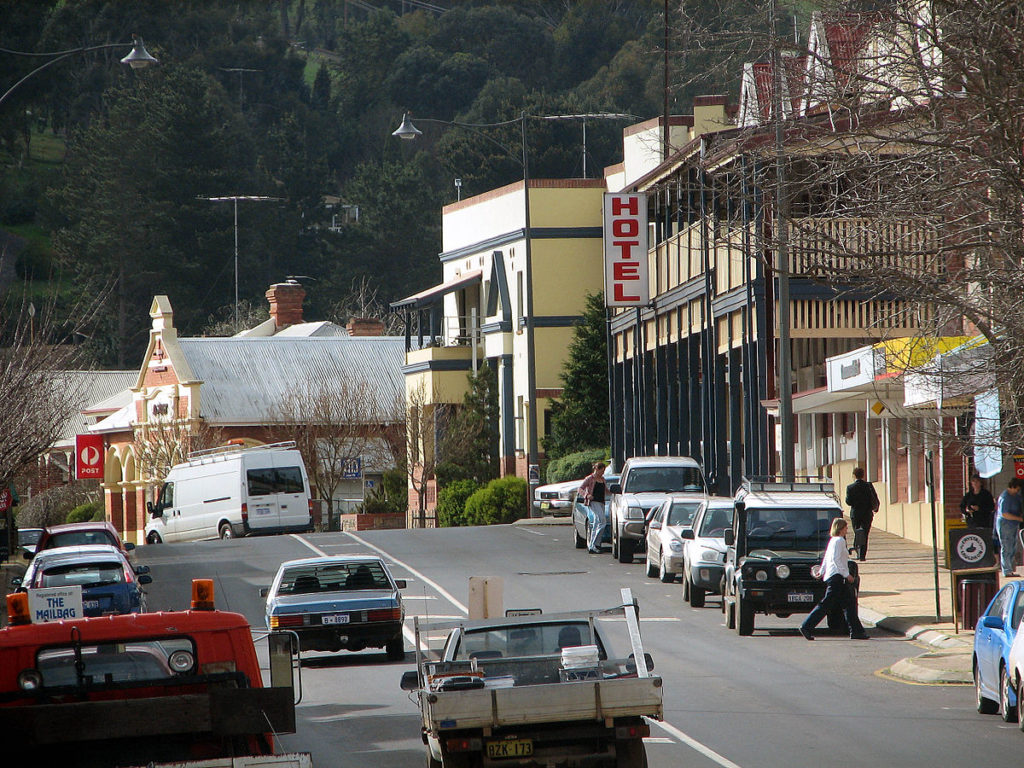 “I am aware of one particular business that wrote to all their customers and suppliers to thank them for their business. It makes a difference.”

‘It’s the only thank you I’ve ever had’

“We’ve had doctors who’ve put their ‘thank you’ cards in a visible place where others can see them.”

Someone commented about that and they said, ‘Well, it’s the only thank you I’ve ever had so I’ve put it up on my desk to remind me all the time.

A purpose each year is to focus on a particular group of people who are active in their respective communities and this year will be no exception.

Brian said the spotlight will be specifically on two groups of people.

“The first one are people who contribute to the vibrant cultural tapestry of Australia.”

“People in organisations that work with Aboriginal and Torres Strait islanders. People who welcome newcomers to Australia and help them connect into their local communities.”

People from different cultural backgrounds who make a meaningful contribution towards cohesion in their own communities.

“The second one is schools,” said Brian, and this one has quite a lengthy thank you list. 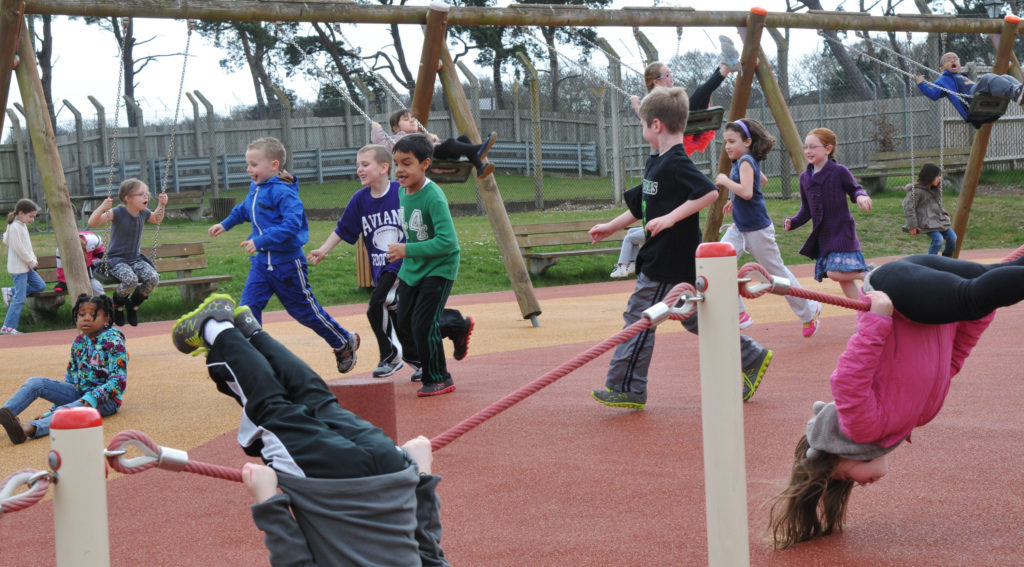 “Also the teachers, the chaplains, administrators and volunteers. Even cleaners and maintenance staff.” 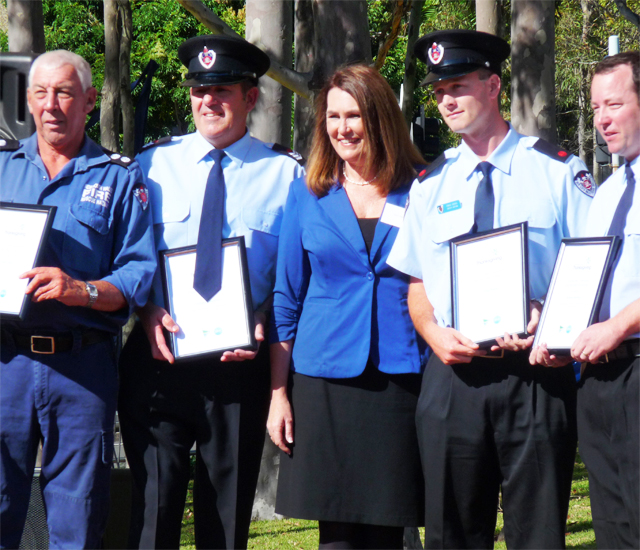 You could be forgiven for thinking everybody gets a prize…but there’s more.

Then there’s the third group we have each year – the unsung heroes.

“That’s the more personal thing where if you don’t have the opportunity to say thank you to a school teacher or someone working with Aboriginal people, you can say thank you to someone who to you is an unsung hero.”

“Someone who has done something for you during the year, unrecognised before and you just want to say thank you to them,” Brian Pickering concluded. 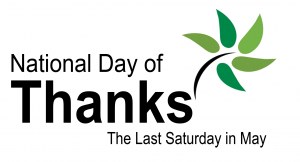 Since the turn of this century many people have expressed a desire to see our nation, on one day each year, acknowledge our Christian heritage, the blessings and freedoms we enjoy and the lordship of Jesus Christ over our nation.

It is our Christian heritage, and the values of that heritage that make our Nation a country where the persecuted, the oppressed, and the displaced can find sanctuary.

In 2003 the Australian Prayer Network, under the leadership of Brian Pickering, took these thoughts and dreams to other national prayer and ministry organisations and church leaders, and received overwhelming endorsement.

Out of these discussions, Australia’s very own National Day of Thanksgiving was birthed.