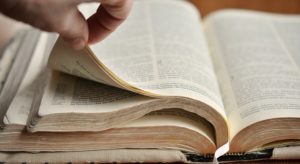 A Christian ministry known for its commitment to the Great Commission, has been recognised as a great place to work by a global media company.

Wycliffe Bible Translators USA has been named among America’s Best Midsize Employers, as an organisation that makes their employees feel happy, inspired and well compensated.

Forbes Magazine bases its annual rankings on surveys collected from 30,000 employees who share whether they would recommend their own company to others.

CEO Bob Creson says God deserves all the glory for the recognition.

He says the work they do isn’t easy, but they’re blessed to have such wonderful committed people who make the work not only possible, but fruitful.