Visa Processing Put Out to Tender 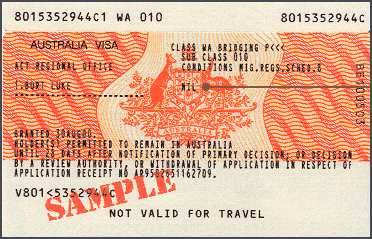 Australia’s visa processing services have been put out to tender to the private sector, including an option to extend the process to citizenship applications.

The Home Affairs Department released the tender document on Friday, calling for a platform to manage visa applications, decision-making workflows and attract potential visitors and migrants.

But the union says the move could cost 3000 jobs and is being rushed through before the next election.

“The Australian government will retain the option to extend the scope of the platform for other long-term visas and ultimately citizenship in the future,” the tender document says.

The tender papers say getting the private sector to process visas does not involve privatising Australia’s visa system or decision making.

“Australia needs a visa system that is easier to understand, better suited to the rapidly growing number of visitors, and flexible enough for Australia to remain a competitive destination for temporary visitors and the longer-term entrants Australia needs,” it says.

“The platform must be flexible and able to quickly and efficiently accommodate policy changes made by governments-of-the-day.”

As part of the deal, the Home Affairs Department will remain in charge of all visa decision making and national security risk assessments, and will receive all visa application revenue.

But Community and Public Sector Union national secretary Nadine Flood said the decision should not be rushed.

“This is not an open tender, as only two shortlisted companies are in line to be handed our visa processing system,” Ms Flood said.

“With phase one of this process closing in just over two months on February 20, it looks like the government is racing to sell out our visa processing system before voters can have a say on their plan.”

Ms Flood said other countries who privatised their visa system had faced disastrous consequences, including the UK, where visa costs have risen rapidly.