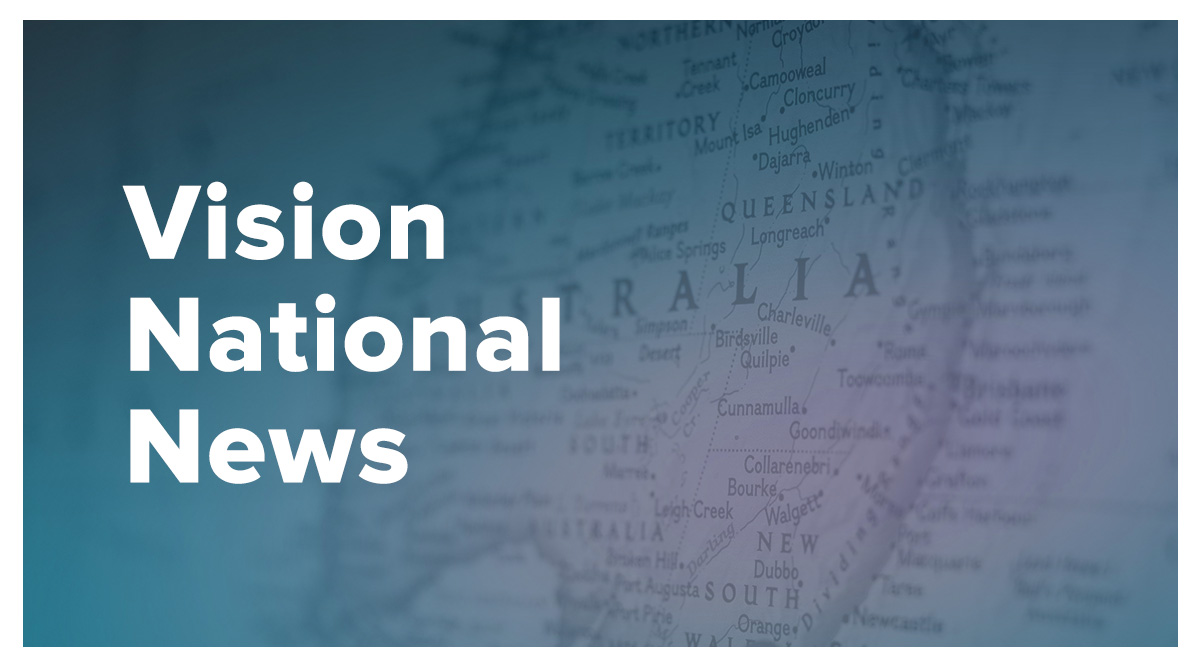 Hong Kong Christians Fear They Could Be Next In Crackdown

Barnabas Fund calls on Canberra to “open doors and arms” to Afghan Christians.

Australia Joins US and UK in New Defence Partnership

AUKUS will work to defend the three nation’s global interests amid rising tensions in the Indo-Pacific region.

Guidelines for doctors at faith-based hospital providers will also be confirmed.

NSW and Victoria look at plans to reopen as the unlikeliness of reaching ‘COVID-zero’ becomes more apparent.

One in two Australians diagnosed with the disease in their lifetime.

Queensland to Build its Own Quarantine Facility

The regional facility is expected to be up and running by the end of the year.

Marking 20 Years Since The Terror Attacks On The Twin Towers

Ceremonies and trIbutes in honor of the dead and injured, and those who risked their lives.

State of Emergency Declared in Multiple US States Due to Flooding

Dozens of people, including a two-year-old boy, have been killed in flash flooding.

New laws bans most abortions beyond 6 weeks of pregnancy.

The decades long mission has officially come to an end as the US exits Afghanistan.

Hong Kong Christians Fear They Could Be Next In Crackdown

Barnabas Fund calls on Canberra to “open doors and arms” to Afghan Christians.

NFL Star Remembered For His Faith

On a busy Tuesday night at the tribunal, Giants star Toby Greene and Dockers midfielder Andrew Brayshaw were both handed one-match bans

Ticket Sales Suspended in SA Due To More COVID Drama

The Crows on Wednesday morning announced the sale of tickets for the round 16 clash have been temporarily suspended, pending further updates from SA’s health department.

Sun was the first Chinese swimmer to win Olympic gold and has long been a polarising figure in the pool – having previously been suspended for doping in 2014.

Are Christians in Danger after Asia Bibi’s Acquittal?

With the Supreme Court upholding Asia Bibi’s acquittal, are the lives of persecuted Christians living in Pakistan now in danger? And what will happen to Asia and her family now that she has been freed?

Every year in Australia more than 70,000 unborn infants are aborted from their mother’s wombs. That number grows to 56 million when you look at abortions worldwide.

Where Does Vision News Come From?
Vision National News is produced by Vision Christian Media’s team of journalists, with our own news sources, and the backing of our news partners, UCB International, Macquarie National News and AAP. As well as producing this website, the team produces radio bulletins for Vision Christian Radio and for many other radio stations around Australia and the Pacific.