Australia's second-biggest city has two AM transmitters broadcasting Vision across its CBD and suburbs. The 1611 AM service, covering the west, has been operating out of Hoppers Crossing since 2008. However the eastern suburbs had to wait until 2015 before the Vermont transmitter went to air on 1665 AM. Both of them are 400 watt transmitters providing coverage across much of the city. Beyond the outer suburbs, towns such as Gisborne and Healesville also have low power FM transmitters helping more people to tune in to the radio network.

A city the size of Melbourne needs more powerful radio transmitters to cover the whole city and Vision only managed to get full coverage across the city in 2015 — though the eastern suburbs have had a higher power AM service since 2008. It was only thanks to the persistent prayer of many, many people and the never-say-die attitude of Vision's Broadcast Operations team that Vision East Melbourne 1665 AM was finally installed… with just one day left on the building permit! 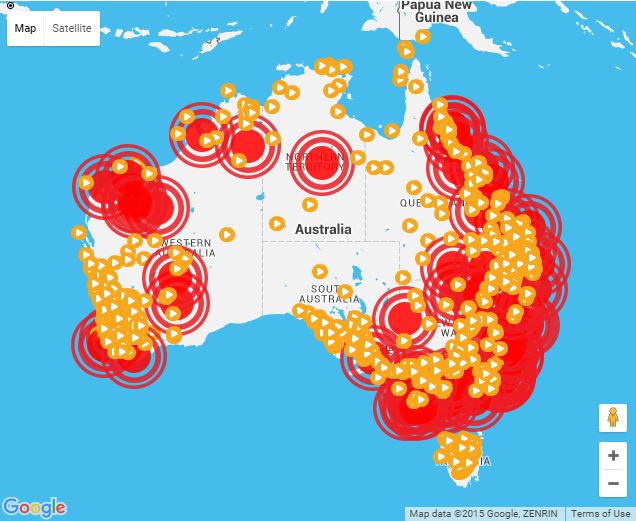 OTHER WAYS TO LISTEN

What do HP and LP mean?

LP means this frequency is low-powered, with a typical coverage of around 5km radius.
HP means high-powered with a much larger coverage – typically, 30–50km radius.