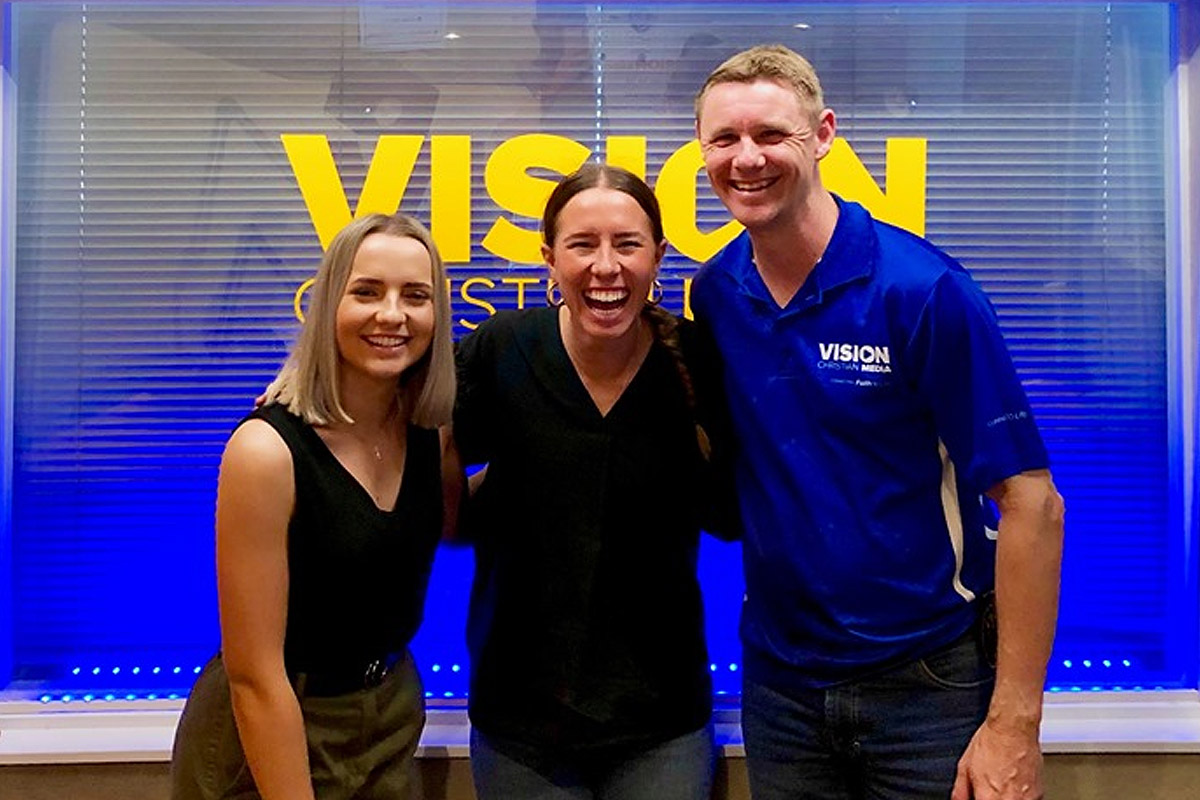 Elle Limebear has grown up around Christian music, and at just 22 years old is now making a splash on the Christian music scene with her own music.   You may not yet have heard of Elle, but we can guarantee you’ve heard of her father, Martin Smith who was the lead singer of Delirious?.

The UK artist has been to Australia many times as a child when her dad was touring, but this is the first time she’s been Down Under to tour with her own music.  While in Brisbane, she joined Robbo and Alex to share about her music and personal testimony.

With Christian music running through her blood, it would be natural to assume that she would grow up to become a musician herself, but Elle says that wasn’t the case at all.

“To be honest, I never wanted to do this. I really didn’t.  I’ve always love singing, I’ve always loved leading worship, being part of youth and I’ve always loved going to church every Sunday.  But it was only a year and a half ago I really heard the Lord so clearly say ‘Elle, now it’s the time to start doing this and start writing your own music.’”

“He’s just taken us on this journey, this past year and a half – so many open doors and we’ve just been kind of running this whole time.”

“I now look back at my life and these thousands of Delirious? Shows that I’ve been to and look back and realise I was just inhaling it all.  I was just so eyes open as a young girl and taking it all in.”

“Never did I think I’d be doing music.  I was a photographer for a bit.  I thought I would be doing something creative but I didn’t realise I’d be doing my own music and travelling the world.  I find it all quite funny.  God’s hilarious that He knew this whole time that I’d be doing this but I didn’t.”

Listen to the full interview in the podcast below to hear Elle’s full musical journey and about the new duet song with her famous father that she’s about to release.

Nigel caused a stir at Vision when he phoned in during Robbo & Becci’s Rise & Shine show to ask about getting...
Children, Music, News

Celebrating its 50th anniversary after rehearsing amid missile strikes and blackouts.
×