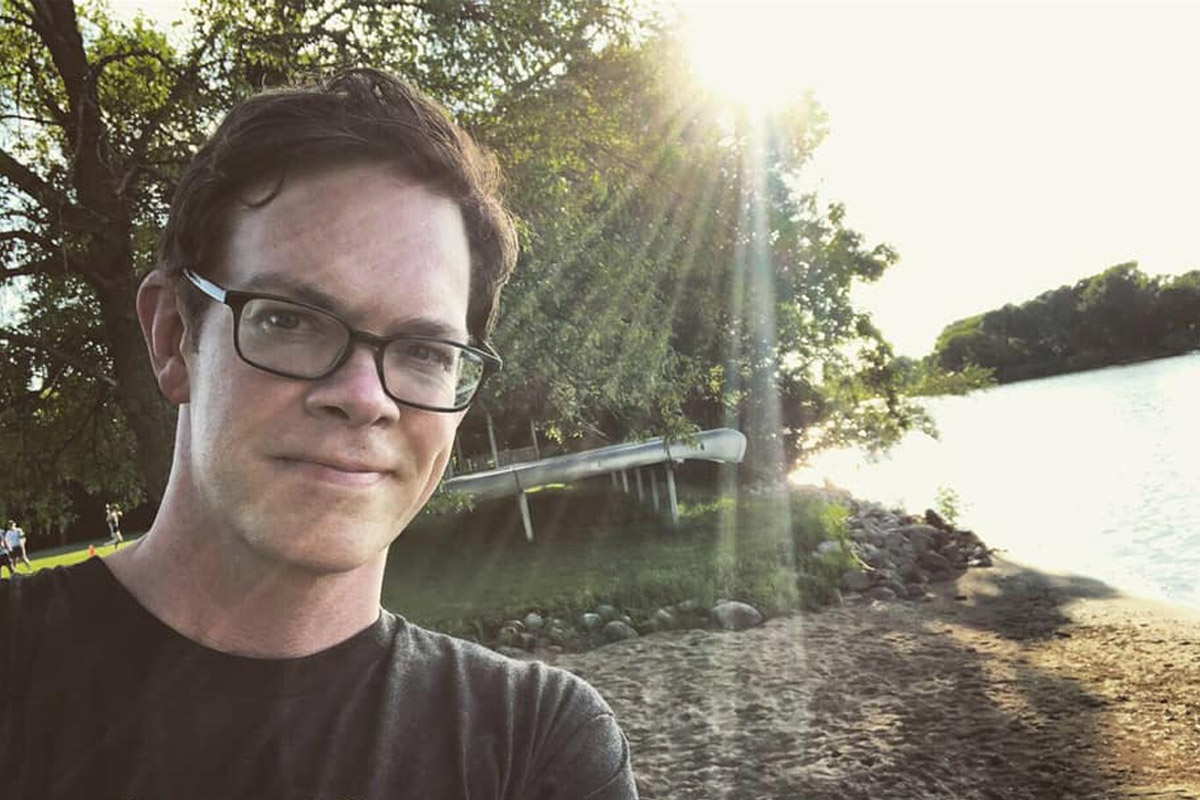 What do you do when your prayers aren’t answered in the way you want? Jason Gray used to beg God to heal his speech handicap. But when He didn’t, Jason discovered how the stutter he thought was a curse could actually be a gift.

Talking to Robbo and Becci on Vision’s Rise and Shine, Jason explained how when God revealed his calling in Christian music, he argued with Him. “Lord,” he said, “you can’t make me your spokesperson until you make it so I can speak. And I don’t know if you’ve ever had this experience or not, but when you tell God that he can’t do something, it’s kind of like a dare.”

After making music for more than two decades, he’s pretty sure he’s lost that dare. But he still clearly remembers the moment when he started to understand how his stutter could be useful. He’d just played a gig at a coffee shop in his hometown, where his stutter had been particularly noticeable between songs.

Embarrassed and humiliated, he felt desperate to escape the situation without talking to anyone. But he realised the only way out was through the crowd. When he left the stage though, something unexpected happened.

“One by one, people came up to me afterwards, and they said ‘thank you for doing what you do, even though you have a speech handicap. It’s helped me to see that I’ve been making excuses for why I’m not doing the things that are on my heart to do too’.”

From that point on, Jason understood how his stutter could help God bring healing to others. “There’s something about this very obvious brokenness that I think creates a safe space in the room, when I’m doing a concert. It immediately becomes a place where it’s safe for us to be imperfect. And the Lord can do a lot in that kind of vulnerable space.”

“If you didn’t know that I had a speech handicap before you spoke with me today,” he said, “now that you do know, I bet it makes you like me just a little bit more.” In the same way, he knows that if he knew about our imperfections and struggles, he would grow to like us too because of them. “And that’s the gift of our weakness. Our weaknesses make us a safe place for each other.”

Jason’s latest project tells the story of how he learned to accept the hardship in his life. It’s a series of three EPs, called ‘Order’, ‘Disorder’, and ‘Reorder’. These, he explains, are the three stages of spiritual transformation God takes us through.

Order is the stage where you think everything is as it should be, but in that stage, it’s easy to become stagnant. “We need a problem or a challenge or conflict in order to learn something new,” he said.

Disorder, as painful as it can be, opens our hearts, makes us more receptive to the lessons God wants to teach us. “That’s the beginning of reorder. And I know we’ve all experienced this. We’ve gone through something really difficult, and come out the other side more whole, wiser, kinder, more compassionate.”

Whenever a storm hit, Jason used to feel afraid and abandoned, to wonder whether God cared about him, or even existed at all. “And that just wasn’t helpful. It didn’t produce anything good in my life.”

Now he understands how storms are a way that the Lord can meet him, change him, make him stronger. “Rather than cowering in the dark corner now, I’m like ‘ok! Bring it on!’ And I walk into the storm then.”

Jason also told Robbo and Becci about one of worst storms in his life. His marriage was on the rocks, and he was desperate for God’s help, but he didn’t get the answer he was expecting. To find out what he learned from that experience, and how Australia was involved, listen to their conversation below.

How can we avoid feeling rushed? In a culture that places so much value on being busy, it can be challenging to find...
Articles, Christian Living, Real Faith, Testimonies

Jesus often meets people when they are at their worst. When they’re at their most broken and their worldview...
Articles, Christmas, christmas blessing, Rise and Shine

Nigel caused a stir at Vision when he phoned in during Robbo & Becci’s Rise & Shine show to ask about getting...
×