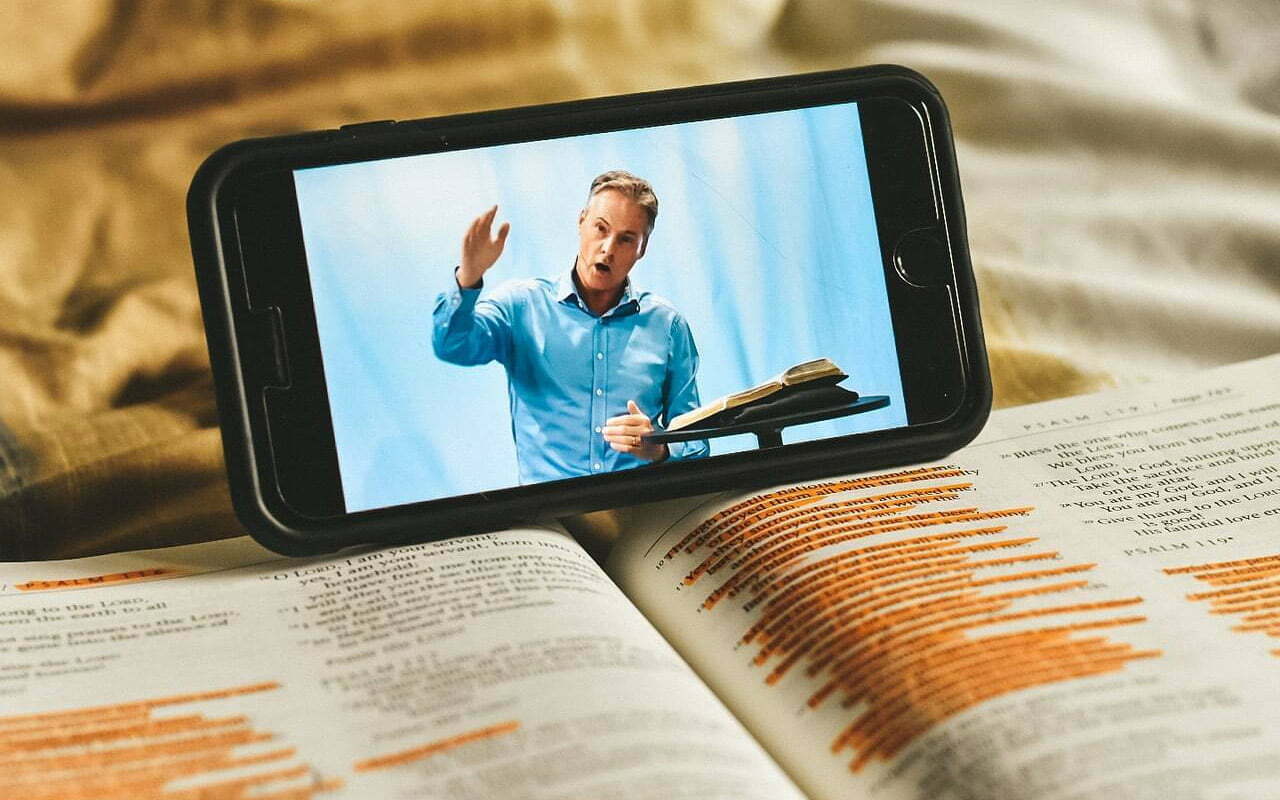 When the Mayor of LA prohibited large gatherings, Pastor Jeff Vines’ ONE&ALL Church was ready. They told everyone to start attending their “fourth campus”. “We didn’t miss one week of services,” he said. “We just went completely and fully online.”

Vines was a guest on Vision’s Rise & Shine from LA, and that morning the show was co-hosted by Focus on the Family’s Brett Ryan, over a video link from Melbourne. Lately we’ve all gotten familiar with the idea of connecting virtually, but Vines explained that his Church was one of the pioneers in the field, having had some kind of online service for nearly two decades.

The Church started streaming services for the benefit of older people who might struggle to attend every week, or those who were sick or on vacation. “Then it evolved to where we had people all over the world watching and listening. And that’s when we hired an online campus pastor.”

This was in 2011, when some of today’s social media culture was in its infancy. To compete in an online world, they’d need someone able to keep up. “A lot of our Bible colleges here in the US now, and our Christian universities, are graduating people with pastoral hearts, but they also have a savvy and a real love for the tech world. And so we found one of those graduates, and hired him.”

Their online pastor helped the Church use Google ads and other marketing tools to ell people that they had an online service. Initially, Vines had a lot of questions and misgivings, the kind he says any pastor would have. “Originally, my attitude to online campus was this. Well you’re just enabling people to stay home, and they think they have a relationship with Jesus.”

But one of the online pastor’s jobs was to connect one-on-one via chat with viewers, and through that, they started to find out why people were hesitant to come to Church. Some are afraid of large crowds, or feel overwhelmed by the size of the campus. There was value in having a safe place to get to know the Church. “So even though we have an online campus, it has become the entryway, the door, into becoming part of our fellowship.”

And as we’ve been learning during the pandemic, online Church has a unique power to reach people who don’t follow Christ. “A lot of them don’t have any experience of any kind. They’re a little nervous about coming. They don’t know what to expect. This allows them to come in slowly, to be part of this community, to watch what happens, and say wow, this is something I really need in my life”.

Vines points out that a lot of people move to LA to start new jobs. The idea of going to a different Church each week until you find one that suits can be an overwhelming prospect. “What you can do though is you can start reading. You can start streaming. You can start watching these Churches. You can hear their language. So if you’re a Christ follower, you still can use that same platform.”

The online pastor is able to gather general information about where you’re connecting from. So whether it’s in LA or another part of the world, one of his goals is to create smaller communities of people who live close together.

“People want community of some kind,” Vines said. “And so even if it starts as a social online community, that’s all well and good. But eventually the campus pastor will organise a meeting with them in public, so they’re physically present.”

“Now right now we can’t do that. But when it’s running and operating the way it should under normal circumstances, they will meet together, get to know each other, and eventually we have a great success rate of getting them ultimately into our Church to be part of that corporate, physical community, using their gifts, and serving one another.”

These days, Vines’ attitude to the Church’s online campus has changed completely. “This is a great way to connect to people, to have that first connection, where you can help people far from God come near. And I’m a big fan of online campus now, where I don’t think I’ll ever go back. And I’m thankful for it right now because we can’t be together physically.”

Nigel caused a stir at Vision when he phoned in during Robbo & Becci’s Rise & Shine show to ask about getting...
Articles, Christmas, Parenting, Rise and Shine

An attitude of gratitude is something we all need to have and be able to teach our children. We know that being...
×