Graham Preston is no stranger to persecution. 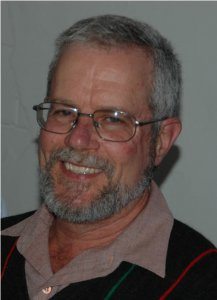 Graham’s renowned for his zeal to save the lives of Australia’s unborn. And he’s paid a very high price, having served six prison sentences for his efforts.

He appeared on 20Twenty with host Neil Johnson, shortly after three pro-life advocates, including himself, were found guilty for breaching Tasmania’s abortion exclusion zone law.

Yet another guilty verdict was handed down against Graham Preston that’s given Christian commentators reason to consider the chilling effect it could have on freedom of speech.

Everyone has the right to life, Article 3, Universal Declaration of Human Rights.

Mr Preston was fined three thousand dollars on this occasion. This follows his arrest in April 2015 for standing peacefully near an abortion clinic holding a sign that stated; ‘Everyone has the right to life, Article 3, Universal Declaration of Human Rights’.

And the other side of the sign read; ‘Every Child Has the Right to Life, article 6, Convention on the Rights of the Child.’ The sign also portrayed an unborn child eight weeks from conception.

Ray and Penny Stallard. Penny’s motivation to be a pro-life advocate stems from her personal experience of actually being an aborted  baby who miraculously survived (That’s another story). Meantime, Graham Preston was back on the street in Hobart, waving his anti-abortion sign, when Neil Johnson asked him what he was up to.

“I’m outside the exclusion zone. Before I go back to Brisbane today I thought I’d make the most of my time down here holding up some signs on a major road here in Hobart,” Graham said.

Mr Preston said he could see an abortion clinic from where he was standing, and this time he’s legally allowed to be there because he was more than 150 metres from the building.

Graham, who has been jailed six times for his pro-life stance, doesn’t appear to find court appearances all that formidable anymore.

“The magistrate just gave a written judgment of 23 pages and the very last paragraph stated all the charges against us had been proven, so we were convicted 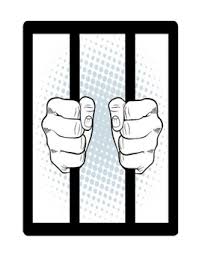 ,” said Graham before he mentioned the penalties.

“The potential was there that I could have been given a jail term, considering on each of three charges (against me) there were potentially twelve months jail for each charge.”

But for this particular incident, Mr Preston said there’s more to come.

“So I was very happy I didn’t get a jail term but very unhappy I got the fine. We do intend to appeal this so we don’t believe this will be the end of it.”

And as far as the signs and their content are concerned, Graham Preston sees no reason for them to be considered offensive.

He said he’s amazed that he’s been convicted once again for promoting the universal declaration of human rights and the convention on the rights of the child, considering Australia is a signatory to both the documents.

“So theoretically as a nation we say we support those documents and the intent of them,” said Graham, “yet in practice we completely ignore them, certainly these aspects of it, and then a person can be severely penalised simply for promoting them in the public street.”

“I find that quite incredible and ludicrous that this is the case and yet that is what has happened!” he exclaimed.

Then there’s Ray and Penny Stallard, Vision listeners and supporters, who had heard Graham Preston talking about his anti-abortion campaign on a previous 20Twenty program. The couple, who stood with Mr Preston during his protests in Hobart, were handed a good behaviour bond. Graham told us how they were coping after their brush with the law.

“Well it was quite an experience for them. They had never been in court before so it had particular challenges for them. But they handled it very well. They are very good people, thoughtful, and went into this with their eyes wide open,” Graham said.

“It was terrific to have their involvement with me and they’ve not been daunted at all by this,” he added.

And as Mr Preston said earlier, he’s looking to appeal the three thousand dollar fine and gave an indication as to what may transpire.

“After talking with our barrister he said it’s probably a case that we appeal to the Supreme Court in Tasmania but it would probably go straight through to the High Court and a decision would be made there.”

It could be argued that given Graham Preston’s first-hand experience at the receiving end of the law, he has a better than average knowledge of the judicial system.

“We believe that even though Australia does not have a clearly spelt out freedom of speech in our constitution, other cases have shown there’s an implied freedom of speech, and we believe our actions should fall under that,” Mr Preston explained.

However, with six jail terms already under his belt, it’s proven to be a costly occupational hazard for Mr Preston as he continues his active life on the frontline as a pro-life campaigner.

Funding the next legal stoush? 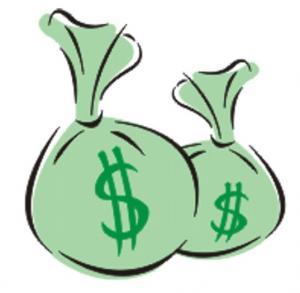 Graham Preston doesn’t know the answer to that question just yet.

“That is a concern for us,” he said. “If we’re going to take this to the High Court there are going to be further legal costs. Our lawyers have been very good but we are hopeful of raising money to assist them. They have incurred significant costs with the time and expertise they’ve put in to assisting us.”

He said it’s much, much more than just supporting and defending Graham Preston and Penny and Ray Stallard.

“This effects the whole country. Never before has there been such punitive anti free speech laws as what we have in Tasmania.”

“This has now spread to Victoria and the ACT. They have similar buffer zones around their abortion clinics. We see this as just the beginning of further potential suppression of free speech in this country.”

That is why Graham Preston said it’s essential they press ahead and win the freedom of speech case in Tasmania.

Graham’s encouraging people to contribute financially so they can take their case to the High Court.

Graham Preston has been described as a peace-loving man with a quiet and gentle spirit, who has the courage and assertiveness to stand up for the unborn and the bravery to also stand where the issue of free speech is  suppressed.

Here are the online details for those wanting to support Graham Preston in his campaign for free speech and the fight against abortion.

Jesus often meets people when they are at their worst. When they’re at their most broken and their worldview...
Articles, Bible, Christmas, christmas blessing, Perspective, Prayer

Nigel caused a stir at Vision when he phoned in during Robbo & Becci’s Rise & Shine show to ask about getting...
Articles, Christian Living, Christmas, Gospel, Happiness, Perspective

I love that Jesus wants to relate to me – a messy bloke. He understands mess, and deals with it. Jesus lived in it....
Articles, Christian Living, Christmas, Gospel, Happiness, Perspective

Christmas is full of feasts. People gathering together in joy and laughter. It is an imagery of God’s...
×