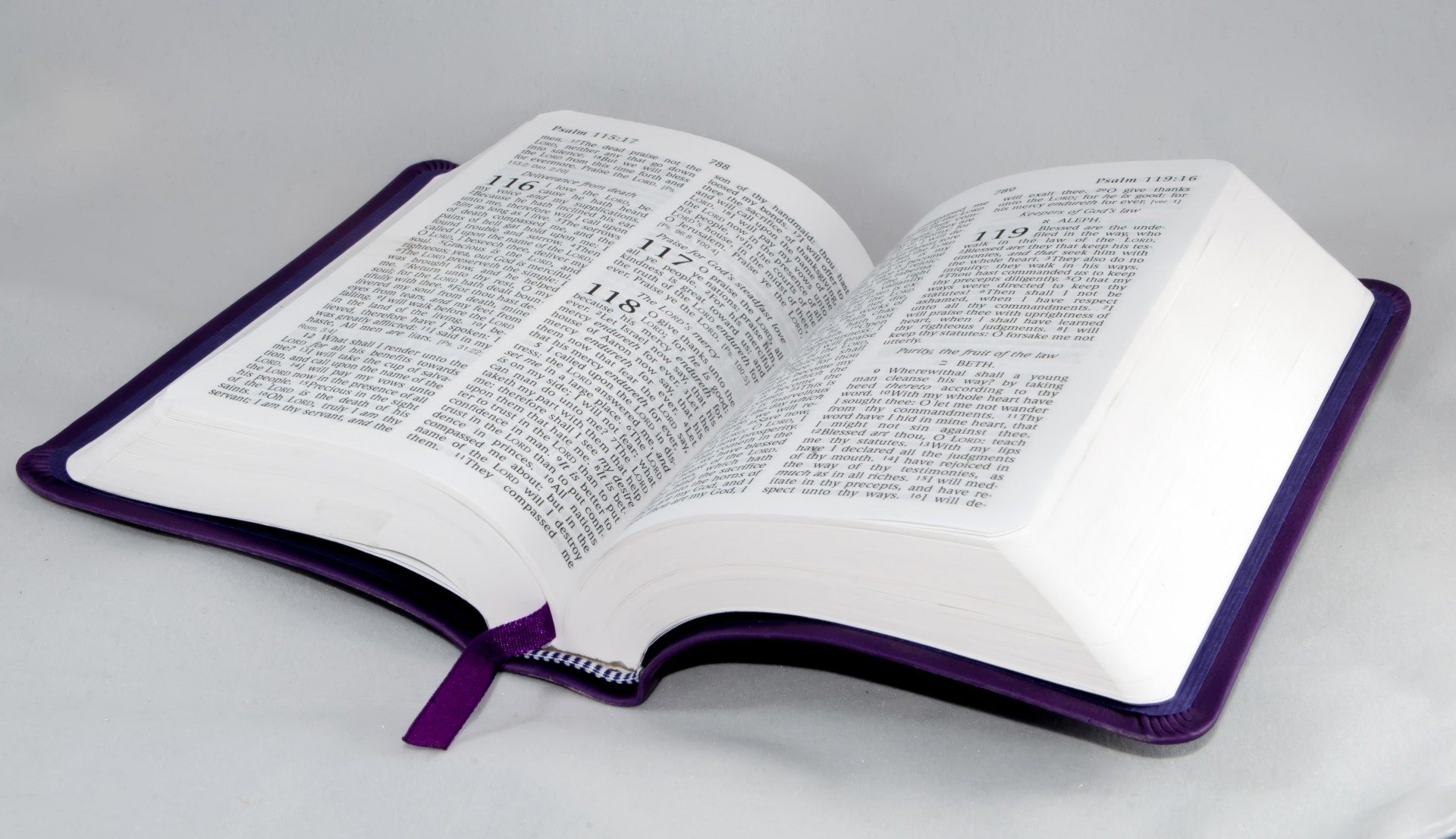 Carl Butler from Fan the Flame Ministries has traveled far and wide. He’s been to more than 40 countries over the past 25 years.

Carl’s eager to see men and women saved and healed, freed and filled with the Holy Ghost, churches impacting their communities and God being glorified.

On his most recent ventures he’s visited Myanmar (formerly Burma) and also spent time in the Middle East.

“Myanmar’s just opened up this year and we’ve been up to the northern parts of the country where we did three ‘Hope and Healing’ festivals for the first time.”

“It’s quite exciting to see how the country’s become quite open,” Carl observed, with a reminder of how life was so difficult before under an oppressive military regime for  several decades. The country is in a transition, mostly for the better.

“Things are very open now in Myanmar particularly in the northern parts where there’s a stronger Christian presence.”

There’s a great openness to the Gospel and we saw a number of people give their lives to the Lord.”

Carl Butler also went on a jaunt to Israel earlier in the year, admitting it was a holiday as opposed to his usual ministry trips overseas. 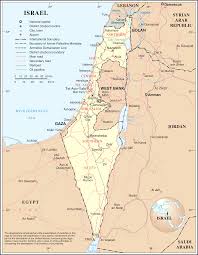 “Israel was just amazing for me. It made the Bible three dimensional for me. Particularly going to the places where Jesus had been and just seeing how small Israel is,” Carl said upon reflection.

Faith was the basis for discussion on 20 Twenty and host Neil Johnson asked Carl to describe the faith that people have when they respond to the Gospel.

Faith comes from hearing and hearing from the Word of God

Carl Butler spoke of faith’s foundation and how it’s Scripture that tells us that faith comes from hearing and hearing from the Word of God. 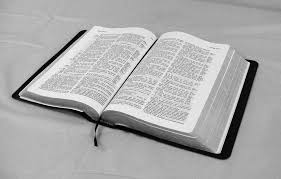 “I very much believe in preaching the Word in such a way that triggers people to respond by faith, and receive what is being spoken about,” Carl explained adding the Scripture that says ‘these signs shall accompany those who believe.’

“I’ve heard it said that whatever you believe will follow you,” Carl quipped before putting the remark into a preaching context.

“If you’re preaching for salvation and believing for people to be saved you’ll put it in such a way that you deliver a message that encourages them to want to receive salvation, and they do.”

When people respond to preaching about faith for healing, miracles happen

“Similarly with healing. You preach healing, faith for healing, and people respond by receiving miracles and other sorts of breakthroughs in their lives as well.”

“Hearing the Word of God brings faith and I see that happen. A lot of people respond through the Word and as a result through prayer, they experience miracles in their lives,” Carl summarised that dimension of faith.

Neil Johnson suggested that miracles and salvation may well be faith expressed in one dimension, and he wanted to know whether Carl thought there might be different dynamics of faith in other instances.

Carl Butler said faith in its essence comes with the atonement and referred to what Jesus accomplished on the cross.

“The work that Jesus did on the cross was for our salvation and our healing in one go, if you can understand that.”

“The Bible says that not only did He take the weight of the world upon His shoulders, He took our sins upon himself, but the Bible also tells us that He put on a garment for our sicknesses and diseases, and He carried our infirmities on the cross,” Carl expounded, saying that through Christ’s work of atonement on the cross we can receive not just salvation but also healing to our bodies. 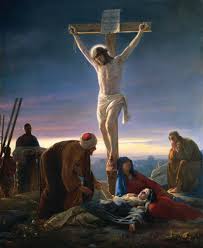 Carl has seen many miracles during his ministry when people have responded in faith to his preaching of the Gospel, a ministry that has been followed up with signs and wonders.

“The Scripture talks about the miracles Jesus performed were not just for a certain person in a particular place, but the Lord would also use them as teaching illustrations.’

Carl gave the example of the man that was lowered down through the roof in Capernaum in Mark: 2

‘He saw their faith and the Lord said to the man, ‘Your sins are forgiven’. 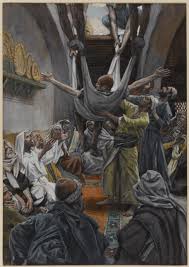 “Jesus used that opportunity, not just to heal a man who was paralysed but also to show that He, as the Son of Man, had the authority on earth to forgive sins,” Carl said, mentioning that we see that again in other displays of Jesus performing miracles.

Carl Butler was asked what countries tend to have the most significant miracles.

Carl’s immediate response was to say that miracles happen everywhere although he did mention the A-word, Africa.

“We probably hear more stories of miracles happening in places like Africa because there are bigger crowds and many more people who are in a desperate place.”

“These people are becoming very dependent upon God and crying out to Jesus for a miracle. You would have a lot more people responding for the miraculous there and seeing miracles happening,” Carl expressed before turning closer to home.

“But in Australia, New Zealand and America and all the Western countries, there’s just as many miracles going on. I was in New Zealand earlier this year where I was preaching in my hometown of Hawera. I’d been there the year before doing a series of meetings,” Carl recalled, in a prelude to the stories he was about to tell. 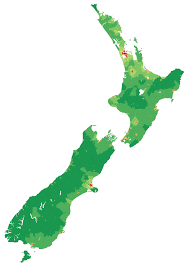 “A little boy came up to me. His name was Logan and about eight years of age. He said, ‘You healed me!’ And I replied, Jesus healed you but tell me what happened?”

It was then the boy’s mother joined in the conversation telling Carl that Logan had had holes in his lungs. He also had bad asthma and couldn’t walk a hundred metres without collapsing and gasping for air. But there’s more. 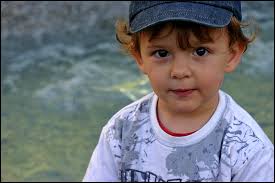 “On top of that Logan also had a number of dairy allergies and he was deaf in one ear. I’d prayed for him the year before when I was there. And this time when I came back, Logan’s completely healed. He’s running races and eating ice-cream, and all the sorts of things healthy, normal boys do,” Carl said.

Carl  spoke of a recent meeting at Maryborough in Queensland where he’s preached on several previous occasions. He told the story of a youth pastor there who had a dairy allergy and whom he’d prayed for. The pastor was healed. The dairy allergy gone as a result. But there’s more. 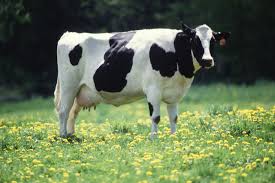 “I’d come back the next year and the youth pastor’s daughter asked his father ‘Dad, is that the man who prayed for your dairy allergy?’ And the father said ‘Yes’. And she said, ‘I’m going to get my dairy allergy healed today.’ And she came to me and was healed and she was healed of her dairy allergy,” Carl said. But there’s more.

Carl said the youth pastor’s daughter, now healed of her allergy, had a friend whom she brought with her when Carl returned yet again to Maryborough the following year. Carl recalled this particular girl had more than just a dairy allergy. 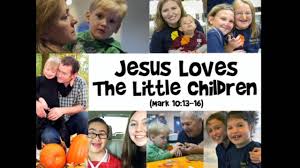 “She had what they thought was possibly Crohn’s disease and had been in and out of hospital since she was two years of age. She was now ten. So I prayed for her and she went home. Healed.”

Carl said this young girl found she could eat things she couldn’t eat before. But there’s more.

“I actually saw that girl two years later, beaming! She’s been completely free ever since. Now she’s got a passion also to pray for people and see them healed as well.”

Fan the Flame Ministries was pioneered by Evangelist Carl Butler in 1997. It is a ministry which brings faith, healing, harvest and revival to a large network of churches and ministries worldwide (approximately 100 within Australia well over 400 internationally).

The ministry involves partnering with local churches and ministries, planning and conducting evangelistic meetings, crusades, faith conferences, camps, rallies, leadership training, seminars, and churches services. Our objective is to strengthen the church in every situation, to win the lost, build faith, bring healing, cast vision, inspire, equip and release people to serve the Lord and fulfill their God ordained destinies.

Though based in Australia, Carl has worked with a variety of churches in many different nations, from newly planted churches in Europe, to several of Asia’s largest and most vibrant churches.

“This is a matter of principle. The world should know about the suffering of persecuted Christians in...
Faith, Health, Law Enforcement, News

He says he never imagined being in a position to risk a criminal record for praying silently.
20Twenty, Articles, Christian Living, Evangelism, Youth

Many Christians tend to put off the preparation they require in order to serve God effectively, yet there are...
×