The Hands and Feet of Jesus 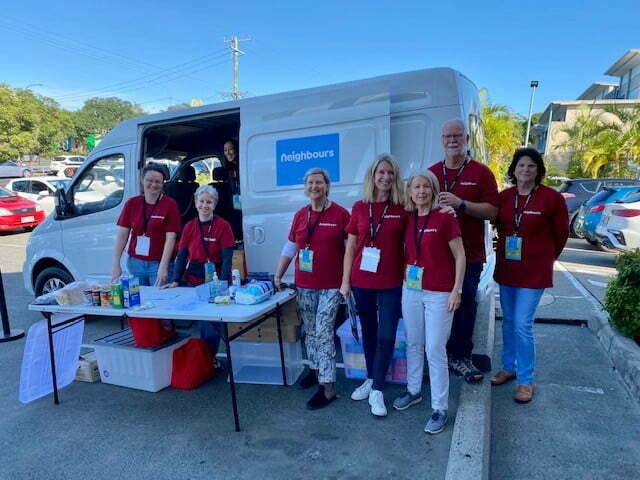 Coming to Australia can be both daunting and exhilarating for refugees and migrants. They’ve left behind their friends, families and everything they’ve ever known. Now they must rebuild their lives from the ground up. After a difficult journey, the very real challenge of establishing a new life begins.

Navigating government agencies, determining who can assist you, locating doctors, schools for the kids and a place to live is challenging for all of us. But can you imagine doing that if you didn’t know anyone, and didn’t speak the language?

Sarah Watterson is Coordinator of the ‘Neighbours’ program, a new initiative run out of Gateway Baptist Church on Brisbane’s southside. It’s specifically aimed at providing assistance to refugees and migrants, and Sarah says the concept is based on going out into the community, and being the hands and feet of Jesus.

Working as a nurse in the UK for 17 years, Sarah says going in to people’s homes to care for them sparked something in her that God has continued to grow. After leaving the UK, she then spent several years in America working for a large church in their care and benevolence society.

“It really hit me how much impact a church can have in the community,” says Sarah. “I found it just so exciting to see that potential. So when I came to Australia, I already had that background. I wanted to help and serve people outside of the church. That’s where my passion is.”

The ‘Neighbours’ van is stocked with groceries and clothes that the team drives out into the community. People receive personal and household essentials, while also building relationships with volunteers who have begun the process of introducing them to Jesus. 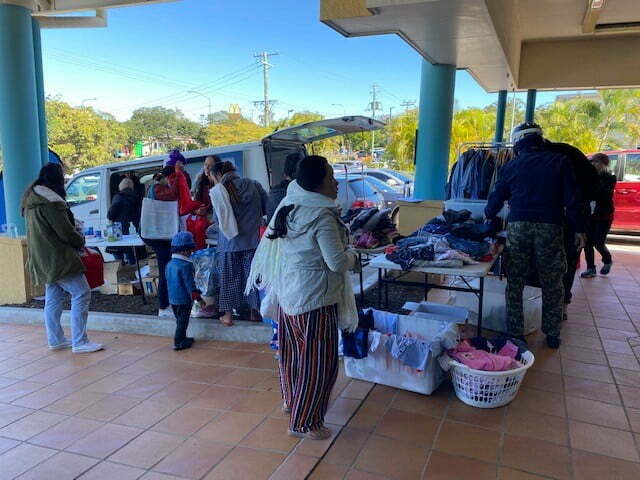 “We’re working in the Logan area at the moment because it has a huge population of asylum seekers and migrants,” Sarah says. “We’re also partnering with government agencies and community organisations who are already on the ground. We want to collaborate with them and be a good witness for the church.”

Sarah feels it’s so important to come alongside people in a supportive and humble way. One of the first outreaches she was part of after relocating to Australia was actually helping others who had also moved, and were facing extreme loneliness and isolation.

“What really excites me is being part of a church that champions care and outreach,” says Sarah. “It’s about always asking, what else can we do? God has given me big dreams, but I don’t articulate them because I see them as an outline of what’s to come. I don’t want to influence what the Lord wants to do.”

Sarah’s heart for ‘Neighbours’ is to minister and meet people where they’re at because that’s what Jesus does for us. “We’re not asking anything of these people. I love the fact that while we were still sinners, Jesus met us. If we can’t go and meet people in their own backyard so to speak, then what are we doing?”

The ‘Neighbours’ team wants to be part of whatever is going on in people’s lives, even if it’s just for a half-hour. We should never underestimate what God can do. He has so much more than we can ask or imagine. Often, we take on too much responsibility for having to be the one that changes a person’s life.

“Time and words are inconsequential because He’s a supernatural God,” says Sarah. “I believe that it’s critical we underpin what we’re doing with prayer. It’s not about us. It’s all about Him. Yes, people need clothing and groceries. But it’s just a tool we use to love and connect with them.” 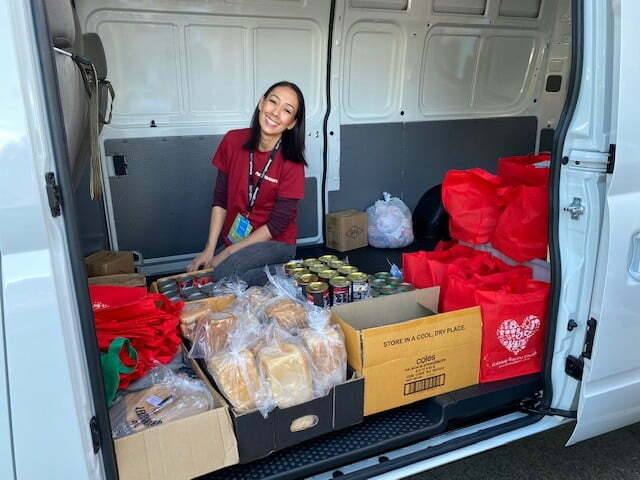 “I also love the fact that we connect with the agencies as well, because to me, those relationships are just as important. They mean as much to Jesus as anybody else. Every single person we come into contact with is important.”

‘Neighbours’ needs your support to continue their great work in the community. You can help by donating personal hygiene products, food items such as rice, cooking oils, beans and long-life milk; join the prayer team or join the team on the van!