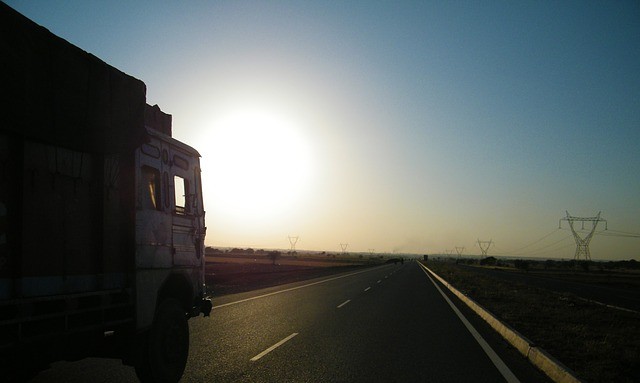 Theo Catsoulis started driving trucks in 1967. In nearly 50 years on the road, he has learned a lot about the beauty and the hardship of the truckie life. Now semi-retired, he has taken on the mission of helping truck drivers overcome the isolation and depression they often suffer, and showing them that even on the road, they are never alone. Vision's Shelly Scowen spoke to Theo, the truckie chaplain, about his experience, good and bad, and the Godly vision that inspired him to work for change in the transport industry.

When asked what he loved about being a truckie, Theo simply said “freedom”. It's more a taste for scenery than a distaste for working in an office. “You carry it with you, behind you, around you. You’re surrounded by your office, so to speak.”

Theo said that poet Dorothea Mackellar had it right in her ode to Australia's beauty, My Country. “I love a sunburnt country, a land of sweeping plains. We have such a diversity of God’s creation in this country. Tropical rainforests, semi-tropical, barren. It’s just an amazing country. And to see it through the eyes of a windshield, and out the side window, it just makes you proud to be an Aussie, but it also makes you look at the wonder of God’s creation, and what he’s given us.”

Along with that beauty and freedom comes a lot of time to yourself, which can be a blessing or a curse. Theo described what he called white line fever, a trance like state drivers fall into, following the road for thousands of kilometres, if there is one.

I love a sunburnt country, a land of sweeping plains. We have such a diversity of God’s creation in this country. Tropical rainforests, semi-tropical, barren. It’s just an amazing country 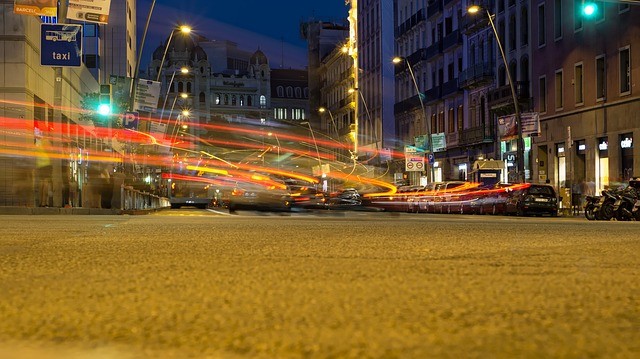 But driving in cities is another matter entirely, as Theo describes it, a constant onslaught of road lice (cyclists) and wobble boxes (caravans). Truckies are haunted by their critical blind spots, which other drivers usually don't recognise, and by their bad reputation, despite the fact that eight in ten accidents involving trucks are the fault of another vehicle.Theo says it's important to remember that trucks take longer to slow or stop than cars. But he suggests that most drivers are much more aware of the road than you might think. “When you sit beside a truck, and look up into a truck’s cabin, it's four or five foot higher at times than a normal car. The driver of that truck’s got a better view over the top of your car than what you have from down low.”

As Theo describes it, drivers are all too aware of their responsibility to other people. Carrying a dangerous load, for example, he also must carry constant visions of catastrophe. “What if something happens to the truck, and she goes over, or I hit a car? You might be carrying sulfuric acid or something like that, and it breaks open, and people are burned by the acid. It’s always on your mind. It’s just part of human nature, because you want to protect those around you.”

More troubles than just the road

The road itself is the least of a truckie's troubles. Theo says that financial pressure and increasingly unreasonable demands from big businesses are making things more difficult than ever for drivers. “The transport industry is a bit of a mixed bag, as such. There’s some profiteers, a lot of greed within the industry itself. Some of the bigger companies pay top dollar for freight, and give the poor old subby virtually nothing.”

“Trying to make an honest living is one of the biggest things for most of the guys out there,” Theo said. But even the regulations which drivers need to attend to are becoming harder to manage. The complicated requirements of modern work diaries are very difficult for drivers, many of whom are dyslexic. “I don’t know of any other industry where you can get fined for making a spelling mistake on a bit of paper.”

“You’ve got to combine your own life with your working life,” Theo explained. “And family life suffers a bit from it. Being away from the wife and kids makes things a lot harder. It’s not easy. You try to balance being a business person, a father, a husband, and just a normal human being. And it does take its toll on a lot of people.”

If they're not assigned to a regular run, a truckie goes wherever the next load is bound, not knowing how long it will be before they're brought back home. Theo remembers arriving home and falling into bed after an unusually long absence. He woke the next morning when his wife brought his fourteen-month-old daughter to see him. But she only shook her head, having forgotten who he was while he was gone. He was heartbroken.

In the savage competition for speed, convenience and profit, in the fear from fellow drivers, in the isolation and loneliness of the road, truckies can easily come to feel dehumanised and undervalued. Theo knows all too well the pain and damage that can cause. “Our greatest desire is to love and be loved,” he said. “And this is where God comes into it. We know that in John 3:16 He says that He gave His only son, and whoever shall believe in Him shall not perish but have everlasting life.”

One morning in 1982, Theo woke up with a vision, and an instruction from God, to grab a book and start writing. What he saw, he says, was the need to communicate to truckies that they are never worthless, and never alone. “It’s important that we reach out to these guys, because they’ve got needs like anybody else, they’ve got emotions like everybody else. As I said, they want to be loved and love in return. And I’ve seen a lot of guys marriages break up because of loneliness, etcetera, and lack of love. And they’re looking for love in all the wrong places.” 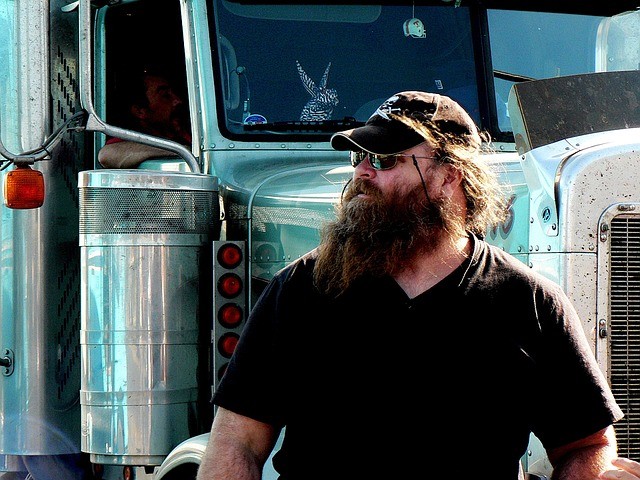 “What God showed me was to bring about a change in the attitude of those involved in the industry, to put them on a path of stability, more than anything else. Change their heart attitude, not to be so aggro, because a lot of guys are aggro out on the road. To let them know that there is someone that died in their place, for their sins. It’s pretty hard to describe it, but to bring common sense back into the industry. To bring a sense of worth, a sense of well-being.”

Theo now owns his own business, where he has been able to bring about some of the changes he dreamed of back then. But he is still working to achieve the largest part of his vision, a mobile chapel in every state in Australia, designed to bring God to drivers on the road. “Get around truck stops, pull up in parking bays, wherever, and just love on the guys. Just let them know there’s someone there, if they need someone to talk to.”

“You don’t get out a bible and belt them over the head with it, by all means. You just gain their confidence, and say hey mate, how are you going. And the best thing, I’ve found, to get to any truckie, is talk about family. How’s your wife and kids doing? How long have you been away? You’d be surprised how they open up.”

As part of his vision, Theo is working with a group of like-minded people on a magazine, and an audio edition of the bible which drivers can listen to on the road, to be distributed on USB sticks. He has also started a Facebook group for Christian truckies, where he frequently posts on his progress, and on continuing issues in the industry.

Theo welcomes any help you can offer him, and encourages you to contact him via the group if there's anything you can do. But while he works on his dream, the most important thing we can do is to reach out to truckies whenever we come across them, and show them how valued they really are. “You get to talk to them, and they’re decent people. They might appear big, rough, tough, but they’re soft as butter, especially when they start talking about the kids, I can tell you."

Jen from Queensland loves being a blessing to others. She donated to Visionathon today, after feeling a prompting from...
Articles, Testimonies, Visionathon

Vision regular Alex Cook joined Becci this morning, to talk about how he uses Vision as a discipleship tool in the car...
Articles, Testimonies, Visionathon

Nicole from Berowra, NSW, celebrated her birthday today by donating to Visionathon and becoming a monthly partner....
Articles, Testimonies, Visionathon

From the Occult to Jesus