With God, Fairytales Do Come True 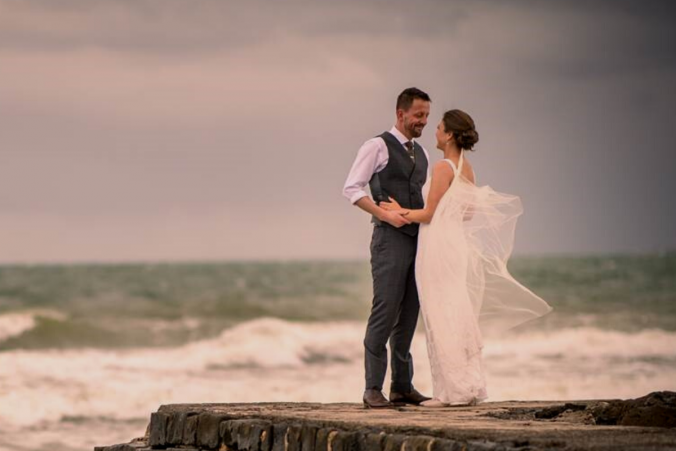 A few years ago at Christmas time, ground crew Bethany Stagg achieved worldwide fame after a video of her singing a Christmas carol went viral. A lot of things happened for her after that, one of which was an all-expenses-paid trip to Richard Branson’s private island for her and her family!

But that was not the best thing that came out of Bethany’s story. She was contacted by a Herald Sun journalist named Aaron, who wanted to post an interview with her online. Bethany reluctantly agreed, not knowing at the time that that’s where her fairytale would begin.

After the interview, Aaron contacted Bethany to thank her and invite her out for coffee. She says she immediately recognised that Aaron was a Christian. She had told him that she sang at church on the worship team, and he mentioned that he also attended church. “We’d been brought up in very similar families,” Bethany says. “And I suddenly realised that we shared very strong faith values.”

Neither Bethany nor Aaron went into the date thinking it would extend to anything more. At that point, Bethany was a single mother and didn’t know if love would ever come her way again. “Being a mum was the role I thought God had planned for me,” she says. “So when I met Aaron, I took things slowly.”

Bethany and Aaron eventually became a couple and after two years of dating, started thinking about marriage. It was just after his 40th birthday that Aaron took Bethany and her daughter Mia to the beach. He loved taking photos and had set up a tripod to capture their day.

“He handed the camera to me,” says Bethany. “And I looked down at the frame and he was kneeling next to me with a ring. It was one of those moments when everything stood still. It was just so beautiful to hear him asking me to marry him. And he included Mia in the proposal as well, which was special.”

When Bethany was pregnant with Mia, she was diagnosed with kidney disease. Little Mia was born eight weeks early and Bethany’s health suffered as well. Newly engaged, she faced the prospect of telling Aaron that they may never be able to have children together.

“He realised going into marriage with me that there was a very real possibility he would not become a father,” Bethany says. “I remember his response very vividly. He said we’ll adopt. It was just such a simple response. And it was very honest. But I knew how much this man was meant to be a father.”

“So I asked the Lord to help us, to please bless us with a baby. I knew that it was still possible, but the fact that Aaron was willing to forego that and marry me anyway was an incredible blessing.”

Soon after they were married, Bethany fell pregnant with what she now calls her ‘honeymoon’ baby. She and Aaron have a little girl together named Ray, who is their ‘ray of sunshine.’

“I still look at my out my life now and everything it took to get here,” says Bethany. “We’ve got this family of four; this beautiful little family that’s our own. But there were so many years that I just did not think it was going to be possible.”

Bethany is now a stay-at-home mum, but she also realises that singing is a gift she’s been given. “I would hate to get to the end of my life and have God ask me what I did with it. But being the age I am now, I still have time.”

Aaron is very supportive of Bethany’s musical gift. She says he is the one who comes alongside her to remind her she is good enough.

“He tells me there’s a reason I have this gift,” she says. “God wants people to hear it, and maybe that’s why the video went viral. For me, Christmas has now become this miraculous time of year where anything can happen.”

To listen to parts one and two of Bethany’s story, below


Stay tuned for part two of Bethany’s story coming to you on 22 December!

“Hay supplies are running out and stranded animals are drowning and starving. Crops are rotting in the ground.”

Joshua 11–13 26 But the Helper, the Holy Spirit, whom the Father will send in my name, he will teach you all things and bring to your remembrance all that I have said to you. 27 Peace I leave with you; my peace I give to you. Not as the world gives do I give to you. [...]

‘God has dealt to each one a measure of faith.’ Romans 12:3 NKJV You can’t sit back and do nothing, believing God will do everything for you. You have a part to play. Apostle Paul says God gives each of us a measure of faith. Jude says you develop spiritually ‘by building yourselves up in your most […]