‘If you correct your children, they will bring you peace and happiness.’ Proverbs 29:17 CEV

Some years ago, sociologists and child psychologists made an interesting discovery. Contemporary thought assumed that putting fences around playgrounds made children feel restricted in their recreation. And based on that theory it was decided to remove the fences so children wouldn’t feel confined. To the astonishment of the experts, the opposite effect occurred. Researchers found that children became more inhibited in their activities. They tended to huddle towards the middle of the playground and exhibited signs of insecurity. Interestingly, when the fences were replaced, the children once more played with great enthusiasm and freedom.

What’s the lesson here? We all need boundaries—something to define the limits of safety and security. Whereas the ‘experts’ theorised that boundaries restrict creativity, children on the playground proved that we need a clear understanding of what’s safe and acceptable in order for ingenuity and inventiveness to flourish. That means your children will flourish and you’ll function better as a parent when guidelines are clearly communicated, and the consequences for not following them are completely understood.

There’s a humorous story of a father who gave his sixteen-year-old son his first car. Before handing him the keys, he said, ‘This is a magic car, Son.’

‘Yeah,’ answered his dad. ‘One speeding ticket—and it will disappear!’

And if you buy a car for your child, it should be a ‘magic’ car too.

Bottom line: God sets the rules for success in life, and He rewards those who honour them. In the words of Scripture: ‘Study this Book of Instruction continually… obey everything written in it… then will you prosper and succeed in all you do.’ (Joshua 1:8 NLT)

13 Now when Jesus came into the district of Caesarea Philippi, he asked his disciples, “Who do people say that the Son of Man is?” 14 And they said, “Some say John the Baptist, others say Elijah, and others Jeremiah or one of the prophets.” 15 He said to them, “But who do you say that I am?” 16 Simon Peter replied, “You are the Christ, the Son of the living God.” 17 And Jesus answered him, “Blessed are you, Simon Bar-Jonah! For flesh and blood has not revealed this to you, but my Father who is in heaven. 18 And I tell you, you are Peter, and on this rock I will build my church, and the gates of hell shall not prevail against it. 19 I will give you the keys of the kingdom of heaven, and whatever you bind on earth shall be bound in heaven, and whatever you loose on earth shall be loosed in heaven.” 20 Then he strictly charged the disciples to tell no one that he was the Christ.

21 From that time Jesus began to show his disciples that he must go to Jerusalem and suffer many things from the elders and chief priests and scribes, and be killed, and on the third day be raised. 22 And Peter took him aside and began to rebuke him, saying, “Far be it from you, Lord! This shall never happen to you.” 23 But he turned and said to Peter, “Get behind me, Satan! You are a hindrance to me. For you are not setting your mind on the things of God, but on the things of man.”

69 Now Peter was sitting outside in the courtyard. And a servant girl came up to him and said, “You also were with Jesus the Galilean.” 70 But he denied it before them all, saying, “I do not know what you mean.” 71 And when he went out to the entrance, another servant girl saw him, and she said to the bystanders, “This man was with Jesus of Nazareth.” 72 And again he denied it with an oath: “I do not know the man.” 73 After a little while the bystanders came up and said to Peter, “Certainly you too are one of them, for your accent betrays you.” 74 Then he began to invoke a curse on himself and to swear, “I do not know the man.” And immediately the rooster crowed. 75 And Peter remembered the saying of Jesus, “Before the rooster crows, you will deny me three times.” And he went out and wept bitterly. 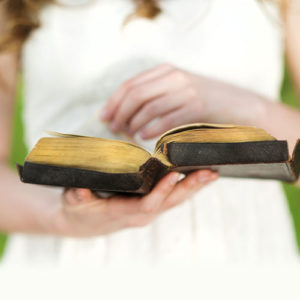 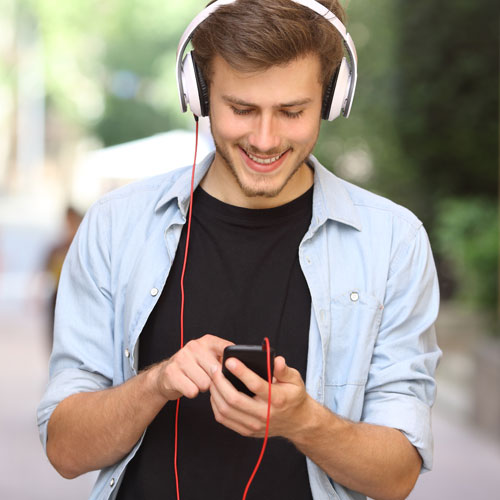