The Authors of The Word for Today 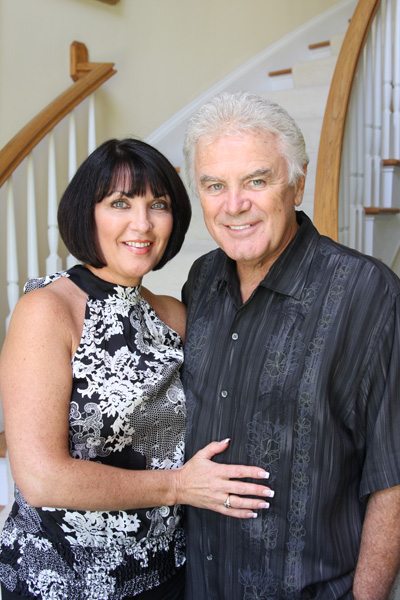 Bob Gass, who sadly passed away on 5 June 2019, and his wife, Debby, are the authors of The Word for Today.

Bob was born on 15 January 1944, in Belfast, Northern Ireland. His father died when he was 12, and his mother was left to rear him, his brother, Neil, and sister, Ruth, on a government pension.

His mother was a formative influence on his life, encouraging him to attend church as often as possible.

‘She came into the Kingdom at a hundred miles an hour,’ Bob says, ‘and never slowed down.’

By the time Bob was 12, his heroes were not movie stars or sports celebrities but men and women of God. At this time, he gave his life to Christ.

Bob preached his first sermon at 13, writing it out in a school exercise book. Until his passing in June 2019, he continued to write out each reading for The Word for Today longhand on a yellow legal pad rather than use technology.

He was fortunate as a teenager to have Gordon Magee as his mentor. When he moved from Ireland to the United States, Magee offered to pay for Bob’s passage to America.

A few weeks before his 18th birthday, Bob arrived in Houston with two sermons in a briefcase and 25 cents in his pocket. Magee asked his friends across the US to give Bob opportunities to preach. For many years he gave Bob constructive criticism of his sermons.

Bob’s first pastorate was in Canada, followed by a 12-year stint back in the USA — in Bangor, Maine. After that, he moved to Georgia. He and his wife Debby were married for over 20 years at the time of his passing.

Debby co-authored the daily devotions in The Word for Today, and Bob’s sister, Ruth, serves as a research assistant. Together, they have written a decade’s worth of devotionals ready for future publications of The Word for Today. Millions of people throughout the world receive The Word for Today quarterly — and testimonies flood in, demonstrating how many lives are blessed by it.

A Special Ministry with UCB

Initially, The Word for Today began when Bob became aware of the struggles of United Christian Broadcasters in the United Kingdom during his 1991 visit to his homeland.

‘You could broadcast rock, reggae and rap across the airwaves, but not Christian music!’ he said. ‘This — in the land that gave the world the King James Bible and the revival of the Wesleys!’

Bob and UCB formed a special ministry partnership, and after campaigning, the broadcasting law was changed in 1993, enabling UCB to broadcast via a satellite TV channel. In 1994, the first April-June edition of The Word for Today devotional was published, and UCB distributed 3500 copies for free. They used the devotional as a way to keep in touch with supporters and keep the cause of Christian radio in front of increasing numbers of people.

Bob’s vision for The Word for Today is ‘to whet your appetite so much that you’ll say, ‘Wow! I didn’t know that was in the Bible! Maybe I’d better go and read it for myself.”’

Through The Word for Today, Bob and Debby want to give you a lifelong love for the Word of God.

Bob Gass also authored more than 30 books and produced an extensive library of teaching DVDs and CDs to enhance your daily walk with God. These resources are available from our store.