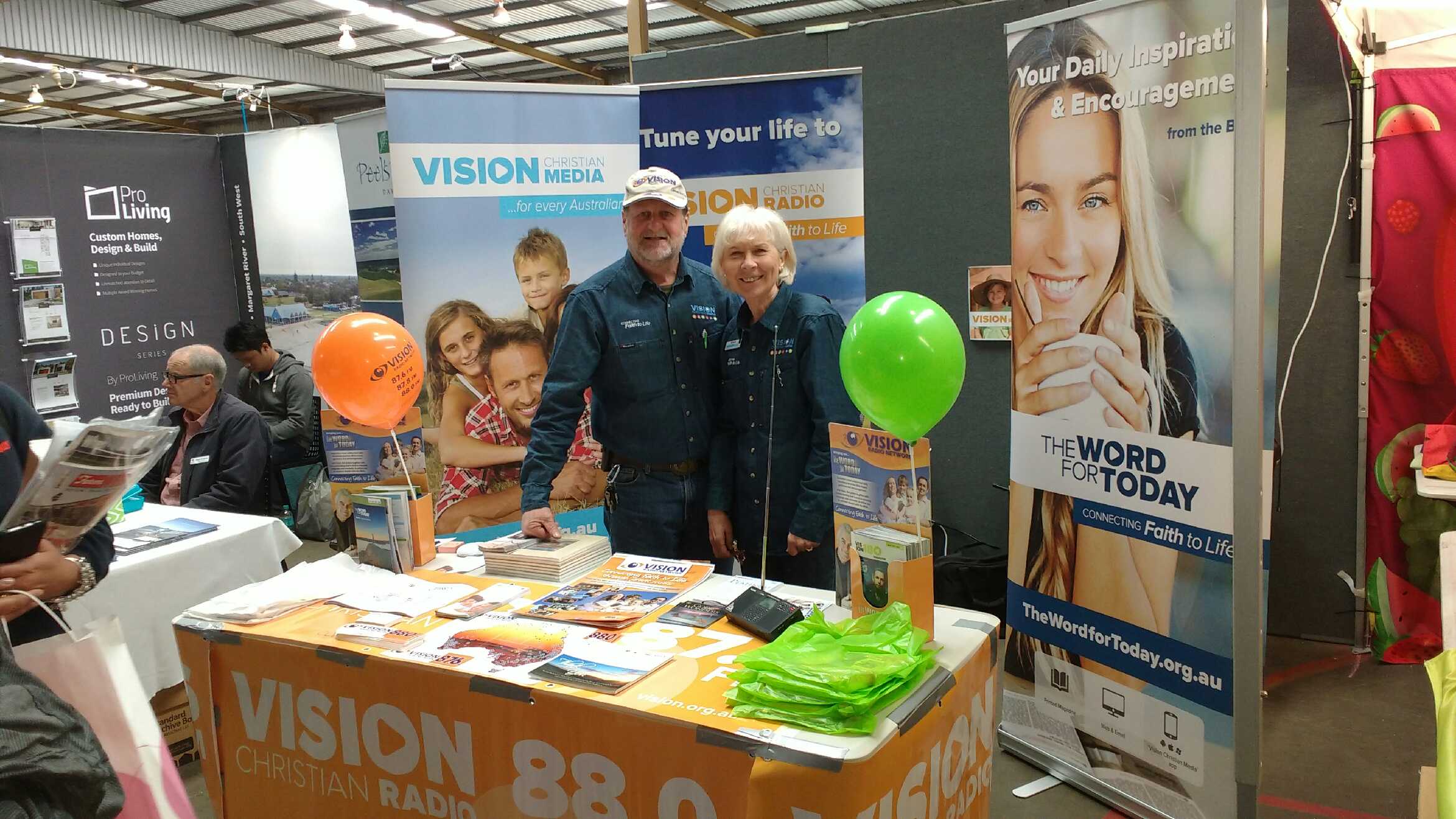 Vision Radio was on the air at Western Australia’s biggest rural event – the Dowerin Field Days.

Many of our listeners in the region know that this two day event is ‘smack bang’ in the wheatbelt, and around 156 kilometres north of Perth.

It’s a two hour scenic drive from Perth along what is known as the Pioneers Pathway.

20Twenty’s Neil Johnson said the Dowerin Field Days event is recognized as an iconic machinery attraction held in the wheatbelt town of Dowerin and is the largest agricultural event in WA. 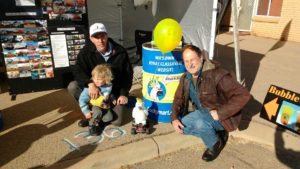 Neil spoke with farmer Paul Croute who said the machinery field days has been running now for fifty-two years.

“It seems to get bigger every year,” Paul said, “and this is where businesses get to showcase their latest equipment. It’s a great family day out and it runs for two days.”

Neil pointed out that it was not the first occasion that Vision Radio was broadcasting at the event.

“As I understand it the actual satellite receiver and transmitter for Vision is mounted on the main office of the Dowerin events Management.” Neil said, adding that Dowerin folk were familiar with the Christian station.

Paul responded by saying that the Christian community in the region was certainly aware of Vision’s broadcast. 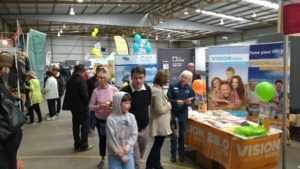 Neil noted that the area has received some good rainfall in recent times and asked Paul if that’s been well received by the people on the land and also for the field days.

“Yes, I think so,” Paul replied, “The rainfall’s been widespread across the state so there’s a bit of confidence among the farming community”.

Neil then put Paul Croute on the spot and asked him what exactly it was that he does, in particular the sideline to his sheep and wheat farming business.

The sideline he was referring to was Cockymart, the buying and selling of farming equipment.

“We call it a Western Australian rural classifieds website,” explained Paul. “We’ve been running that since ’09.

Basically it’s a website where people can buy and sell whatever they like but it’s predominantly farming equipment.”

The ten metre cross on the road to Dowerin

Neil then questioned Paul about a ten metre tall cross that’s been erected on the road into Dowerin.

Paul response was to say that they’re local farmers on a property that has road frontage.

“It was a little idea that me and a Christian mate came up with. To erect a cross with a Gospel message on it.”

“I got talking to my friend Dennis and he had the mechanical skills to build the device. He’s an expert at erecting big antennas for communications towers. So he put his skills to work.”

“Now we have this ten metre cross.”

It says on it ‘Jesus died for our sins and rose again. It’s quite visible on a long straight stretch of road and we’re hoping over the field days many will get to see it as well,” Paul said.

Neil then reminded Paul about another cross he had in mind, this one on the inward bound lane on the road into Dowerin. What happened to that idea? 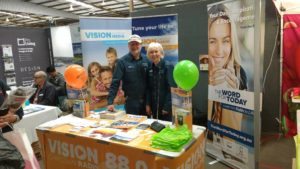 “Yeah, that’s the cross that’s up. It’s in the paddock next to the road,” Paul corrected Neil, explaining it was the same cross.

Meantime Vision Christian Radio had it’s own stand at the field days with local technician and Vision flag-bearer Mike Ewers at the helm.

Neil Johnson thanked Paul for his faith commitment, his support for Vision Radio and he encouraged Paul with his Cockymart website business.