For Christ and the Continent 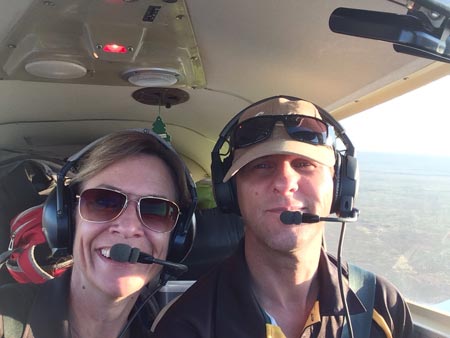 The first school and first newspaper in Australia were staffed by Christians. We are all called to write the Word of God on the hearts of the next generation.

The Christian heritage we enjoy today did not happen by accident.

One man who left an enduring heritage is John Flynn, featured on our $20 banknote. From small beginnings – one nurse, one padre, one hostel and five camels – the Australian Inland Mission under this visionary pioneer changed the face of the Outback. The Royal Flying Doctor Service was the culmination of his dream for a ‘Brighter Bush’. The impetus for his involvement with the invention of the pedal radio was his desire to bring the Gospel to far-flung parts of the Outback. He had a passion for serving all people regardless of race and was outspoken on behalf of aboriginal people. ‘For Christ and the Continent’ was the motto of A.I.M.

Flynn is no longer with us, but many others have taken on the responsibility of building a legacy of love for today’s outback residents. Take Vision supporter, and flying chaplain, David Powell.

David has installed Vision radio in the remote indigenous community of One Arm Point.He has also been working at Noonkanbah.

Long-time supporters of Vision might remember the impact Christian radio made in Mulan in early 2013 when over one-third of the local people were baptised. The community of Mulan was so thrilled they wanted their near neighbours at Noonkanbah (a mere 600 km by road away!) to benefit too.

David flies in there and spends time in the school, helping the teachers, as well as offering after-school classes and parenting classes.

There are three R’s for connecting with Aboriginal people, he says, and they’re not Reading, ’Riting and ’Rithmetic.

Three things we also see as integral to Vision radio: routinely and reliably on-air 24/7; all about strengthening relationships with God and with others; and totally reflective of God’s love. David values these qualities himself.

‘I was listening to a testimony from a guy from Kununurra on Vision radio. The town’s name got my attention. He said he’d become a Christian through listening to Vision radio. I found that so heart-warming and encouraging. I have supporters all over the world, but they’re not there with me when I’m in Noonkanbah or Looma or Millijiddee. In the places where I can listen in to Vision, I feel that immediate support and I’m really edified as well.’

Like John Flynn, Vision has a dream of sharing the Gospel via the latest technology. Things have moved on a bit from Flynn’s pedal powered radio and in the process many new opportunities have been opened up—today through satellite, internet and mobile, many more people can be reached simultaneously.

But your support has a profound impact. We hope and pray history will see our work together for God as immeasurably transformational too! Maybe you won’t wind up with your face on our currency but having your name written in Heaven is better by far! May it be written next to all those—past, present and future—who have come to know the Lord because of you.

After we posted out the Vision Today newsletter, a supporter emailed us this extra information about our Aussie $20 notes.

Greetings Friends at Vision Media,
In your newsletter received today you make reference to Rev Dr John Flynn, and the fact of his face being on the $20 note. There is an additional fact with the note. If you look carefully you will see a man riding a camel. The man is my uncle, Rev College Harland, a padre in the early days with the Australian Inland Mission, started by John Flynn. During his patrols in the inland, College met my father’s sister, Jean Williamson, who was one of the first nursing sisters at the Oodnadatta Bush Nursing Station 700km north of Port Augusta, also set up by John Flynn. They married and raised a family. After serving in the inland, College was the minister of the Presbyterian Church in a rural parish north of Melbourne (may have been Kyneton). In the Flynn Museum in Cloncurry (Qld) there is a comprehensive display about the $20 note. My father was the Presbyterian Minister at Culcairn (NSW) north of Albury post second world war and John Flynn used to use our home as the half-way hospitality stop when travelling between Sydney and Melbourne when he was moderator of the national synod of the church.
Some extra trivia for the record!
With every blessing for the great work you do.
David Williamson

Home Group – Walking In The Dust Of Our Rabbi Pt 2

Walking In The Dust Of Our Rabbi Pt 2 Throughout the centuries different countries have pictured Yeshua through the...
20Twenty

This is a test
20Twenty

Home Group – Walking In The Dust Of Our Rabbi Pt 1

Walking In The Dust Of Our Rabbi Pt 1 Leonardo da Vinci’s ‘Last Supper’ was painted in 1498 and over the centuries it...
20Twenty

The Saga & Drama Of Genesis? Those who believe that the Bible, particularly the Old Covenant portion, is the Word...
20Twenty

Orphans James 1:26-27, "If anyone thinks himself to be religious, and yet does not bridle his tongue but deceives his...
×
×