Home Group – If Your Eye Causes You To Sin

If Your Eye Causes You To Sin…

There are some things that Yeshua said during His ministry years that are really difficult to understand, they sound like literal commands but does He really want us to cut off our hands or feet if we use them in committing a sin? If we look at something we shouldn’t and it leads us to sin, does the Lord really want us to pluck out our eyes?

What about this verse?

Matthew 18:6, “Whoever causes one of these little ones who believe in Me to stumble, it would be better for him to have a heavy millstone hung around his neck, and to be drowned in the depth of the sea.”

Wow…that’s really graphic! Some of the things Yeshua said are really harsh and over the centuries there have been no small number of individuals who actually did believe these ‘commands’ were to be interpreted and enacted literally. How should we read, interpret and apply them? 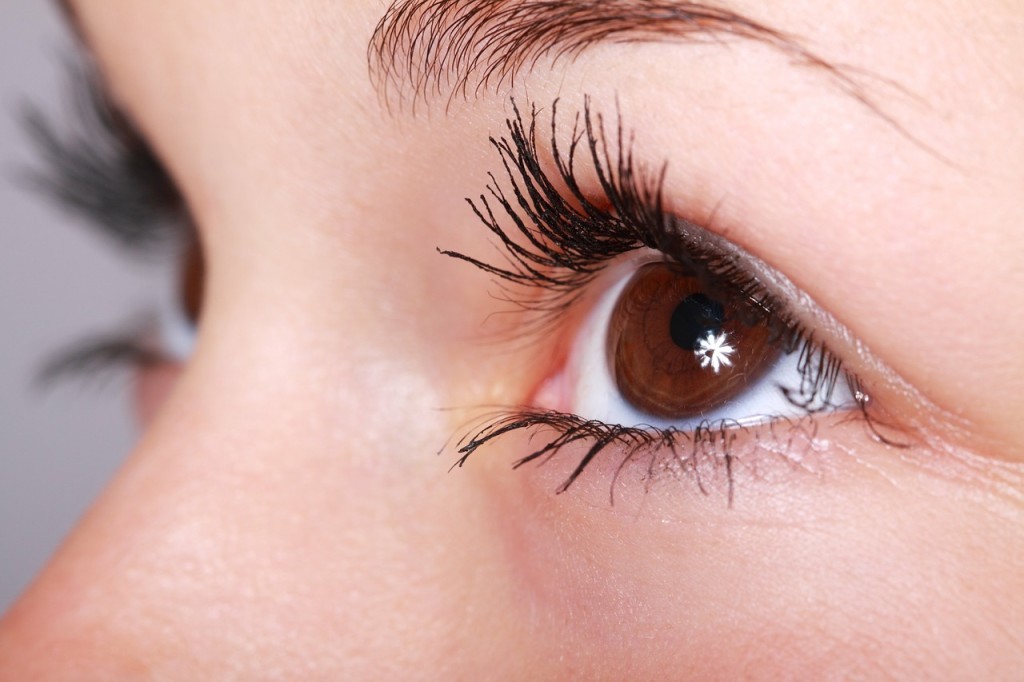 I’ve mentioned this many times before but it needs to be repeated constantly and it’s the fact that we in the western church are living with the consequences of having expelled every element or hint of ‘Jewishness’ from the Word of God and Yeshua our Messiah seriously limiting our ability to understand and interpret Scripture.

However, difficult passages such as the these can be understood more clearly and without concern or confusion if we understand ancient rabbinic culture and teaching methods.

The Mishnah, which is a book containing the oral law or tradition believed to be handed down from Moses which provides insight and understanding on how to live out and apply the written Law – the Torah – given to Moses on Mt Sinai. It’s NOT inspired Scripture so we don’t treat it as being flawless and infallible, but it is incredibly helpful and insightful to understand ancient Jewish culture and religious practices and how they understood and interpreted God’s Word.

The lesson expressed in this passage of the Mishnah is that eating food is a daily occurrence and it’s necessary for life, but the Torah, the Word of God is even more essential for life and if we go about our daily grind and neglect to make the Word of God central in all we do, we’re really no different from pagans who worship at the altars of dead, false idols, because we’ve neglected the very essence of our life and existence.

This extreme example is used to emphasise as strongly as possible how essential the Word of God is to our life and that God’s Word should not be relegated to certain times of the day or week, but should permeate even the ordinary, mundane elements that make up our days.

Yeshua said during His time of temptation in the wilderness in Matthew 4:4, …”It is written, ‘Man shall not live on bread alone, but on every word that proceeds out of the mouth of God.”‘

Here’s another example of rabbinic teaching using extreme language and description to emphasise an important point.

“The pain of humiliation is more bitter than death. Therefore, one should rather fling himself into a fiery furnace than humiliate someone in public.” (Talmud, Bava Metzia 59a)

This particular example is akin to the words of Yeshua about plucking out our eyes or cutting off our hands or feet if they’ve caused us to sin. However, the point of this teaching is that humiliating a person in a public manner is unbelievably damaging and destructive to them; the consequences and repercussions on them can impact their entire lives and cause them untold grief.

The Talmud is absolutely NOT instructing people to self-immolate if they’re ever tempted to castigate someone publically, rather, it’s an instruction to reject the notion of doing something so destructive to another person and if need be, to remove themselves from the environment that would allow them to do it.

In June 2013, a young man in Idaho in the US committed suicide after a local sheriff’s office humiliated him when they wrote a sarcastic post on his facebook page about him being wanted for arrest.

A police officer committed suicide after being falsely accused of rape.

A civil servant was accused of racism online and then committed suicide. He left a note saying he had never been racist, and had actually established a multi-faith group to promote equality for minority groups. However, he knew that once someone was branded as racist, they’d be stuck with it for the rest of their life and he couldn’t live with the humiliation of being thought of that way.

A 13 year old girl committed suicide after her father posted a humiliating video clip online of him shaming her for bad behaviour.

Teenagers who bully their peers in public forums, humiliating them in dreadful ways that leads them to the point where they feel they can’t go to school or out in public, have caused some to kill themselves.

Humiliating other people, especially in a public forum is unconscionable and the passage from the Talmud tries to teach this by using such an extreme example so that the lesson will be understood:  humiliating others can have extreme and catastrophic consequences.

Here’s another example of something Yeshua said that really confuses and confounds people when they read it.

Luke 14:26, “If anyone comes to Me and does not hate his own father and mother and wife and children and brothers and sisters, yes, and even his own life, he cannot be My disciple.”

What? Is the Lord really saying that anyone who wants to be His disciple has to hate everyone in his entire family and even himself?

In the Sermon on the Mount Yeshua said, “You have heard that it was said, ‘You shall love your neighbour and hate your enemy.’ But I say to you, love your enemies and pray for those who persecute you.” (Matt 5:43-44)

If you put these verses together you come away thinking that the Lord wants us to hate every member of our family – people whom we love and are very close to, but we’re supposed to love our enemies and do good things for them…it’s confusing!

The Apostle John adds more confusion to this dilemma by saying, ‘Everyone who hates his brother is a murderer; and you know that no murderer has eternal life abiding in him.’ (1 John 3:15) He also said, ‘If someone says, “I love God,” and hates his brother, he is a liar; for the one who does not love his brother whom he has seen, cannot love God whom he has not seen.’ (1 John 4:20)

Which is it? Should I hate my family or should I love my family? 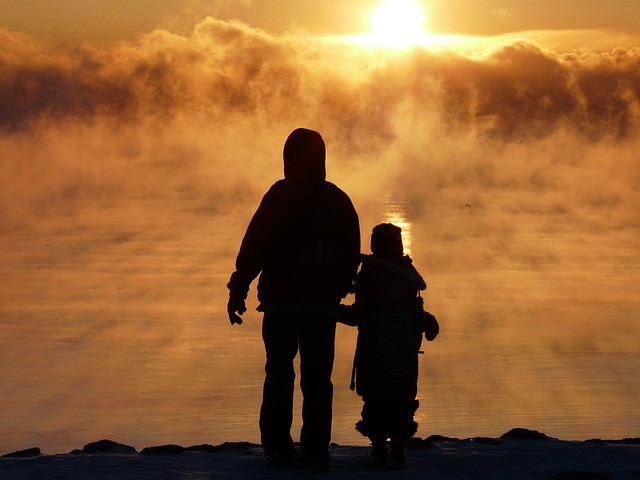 Actually, the Lord wasn’t presenting His disciples with an expectation for them to hate anybody at all, to do so would have been completely opposite of all He had taught them and would continue to teach them during the remainder of His earthly ministry. The point He was making to them was that being His disciple comes at a cost and sometimes the cost can be extreme. Being devoted to Him can cost us even our closest relationships and our love and commitment to Him

must be so strong that not one person and not one thing will ever cause us to turn away from Him.

This has been the experience of believers from the days of Yeshua to the present. They hear the Gospel, they come to faith and begin following Him and their family and friends become irritated and then hostile giving an ultimatum…if you don’t stop being a religious fanatic or a ‘Jesus Freak’ then we want nothing to do with you…make your choice…it’s Him or us!

Many believers over the centuries, who have refused to forsake their love and faith in Yeshua have been ostracised and even murdered for their faith, even at the hands of their own families, and it’s still happening today. The extreme example Yeshua used was communicating to His disciples the extreme cost that comes to those who follow Him.

All these examples show us how important it is to understand these rabbinic teaching methods to demonstrate the importance of the point they were trying to make. This was culturally understood and those listening knew very well that they were overstatements used only to reinforce and emphasis the point of the lesson. Extreme examples pointed to immensely important lessons.

In fact, this method of teaching; using extreme examples to communicate important truths and life lessons isn’t as foreign to us as we might think because we use them ourselves in various settings.

For example, a mother might raise her voice to her son or daughter who has just done something really, really naughty and say something like, “Wait until your father sees what you’ve done, he’s going to go through the roof when he gets home!”

The father isn’t going to literally go through the roof with explosive anger, but the mother is conveying to her child that their father is going to be furious when he discovers their misdemeanor…he’ll be absolutely livid.

Or what about a parent who confronts their teenager over dangerous or foolish behaviour that could result in death or ending up in a wheelchair for the rest of their life? The teen responds by saying that it’s no big deal and all their friends do it so the parent might retort back and say, “If your friends told you to jump off a cliff would you do it?”

Of course they would never do something so obviously dangerous and both the parent and the teenager are equally aware of how ludicrous the question is and that the answer is obviously ‘No’, but the parent uses this extreme example in a bid to emphasise to their teenager the gravity of and potential for disaster that could come from their behaviour because they blindly follow the foolish example of others.

Our Messiah never used careless or frivolous words, in fact ever word He spoke was perfect and righteous and absolutely true, and as such, we must be very careful to never minimize some of the hard things He said. What He said is critically important, but it’s incumbent upon us to dig a little deeper than the surface and place His words and statements back in their context and their cultural setting so that we understand clearly His intention and the message He was communicating to His disciples.

When we make that effort, we not only grow in our understanding of His Word and how we are supposed to live out our faith, but we also become more educated and informed enabling us to give a defense of our faith to those who would mock and ridicule what we believe when they use examples such as the ones we’ve looked at, accusing our Saviour of being a hypocrite or a charlatan who demands that His followers mutilate themselves or commit suicide or hate people.