Home Group – Love Your Neighbour As Yourself

‘Love Your Neighbour As Yourself’

I have to start by telling you ‘Al’s’ story. 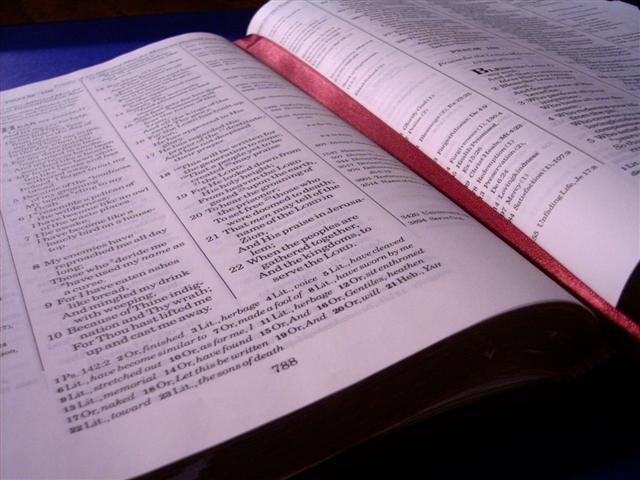 Al hit rock bottom at the age of 22. He wrote a letter to his sister bemoaning the day he was born saying that he was nothing but a burden to his family. As a young child he was deemed to be retarded and was taken out of school several times, even the family maid nicknamed him ‘the dopey one’.

He eventually did finish school but couldn’t get into a tech school and there was no chance of him getting into college. He needed work but no one would hire him.

Finally his dad’s friend – Fred Haller – gave him a probationary job at his office which was the Swiss Federal Patent Office and that’s where Fred realised that Al wasn’t as useless and clueless as everyone thought. Al was in fact a good worker, he just thought and learned differently and he went on to guide lesser minds through the intricacies of time and space.

Al became so inspired by his first ever success at anything that he eventually lived up to the genius that was inside him all along…from his first job came the incomparable genius of Albert Einstein!

Now we’ve covered ‘Shema’ for the past 4 weeks and we’re not going to focus on that specifically but we will look deeper at what it means to ‘love your neighbour’.

Paul repeated what Yeshua said about loving our neighbour.

Galatians 5:13-14, ‘Brothers, you were called to be free. Only don’t let that freedom become an excuse for allowing your old nature to have its way. Instead, serve one another in love. For the whole of the Torah (God’s law) is summed up in this one sentence: “Love your neighbour as yourself.”’

Peter emphasised this as well.

1 Peter 4:7-8, ‘The accomplishing of the goal of all things is close at hand. Therefore, keep alert and self-controlled, so that you can pray. More than anything, keep loving each other actively; because love covers many sins.’

John also emphasised the importance of believers loving each other righteously.

1 John 3:10-11, ‘Here is how one can distinguish clearly between God’s children and those of the Adversary: everyone who does not continue doing what is right is not from God. Likewise, anyone who fails to keep loving his brother is not from God. For this is the message which you have heard from the beginning: that we should love each other.’

James emphasises this as well.

James 2:8, ‘If you truly attain the goal of Kingdom Torah (the Law of the Kingdom), in conformity with the passage that says, “Love your neighbour as yourself”, you’re doing well.’

The first church placed great emphasis on loving and caring for each other (Acts 2:42-47), they not only gathered together regularly, they were also very active in the general community as well. They didn’t isolate themselves from the world and they continued to worship daily in the Temple as well. Sadly it only took a few centuries for the church to become both greedy in its pursuit of political power and material wealth as well as being isolationist in its self-imagined piety through monasticism.

While it’s very true that each individual will stand before God and give an account for themselves and no one else, and that when a person comes to faith in Yeshua, it’s personal, it’s also true that when we come to faith in Yeshua, we are born again INTO God’s family; we are adopted sons and daughters and we’re no longer isolated but are in fact part of a community, a family where we are supposed to be planted and grounded.

Throughout Jewish history, God always called His people to serve Him ‘together’, there was always a majority in Israel that rebelled against God, but the remnant was always called to stand together. The same was expected of the church after the resurrection and it’s that close family, the entity of the church that is described as a body that when close knit and loving, and committed to God and each other, that the testimony of Yeshua through the lives of His people are the most impacting and striking to the eyes of the watching world.

This means that we’re supposed to stay in fellowship with each other. I’m not saying that you have to belong to a particular church that meets at a set location in a specific building. Not all churches are faithful to God’s Word, but we are supposed to be faithful in our fellowship with other genuine believers; that’s the focus of what it means to be in genuine community with our Christian family.

Judaism in its purest form and even today is very communal, it’s never solitary.

Again, we as individuals are accountable to God for our sin, no one else will ever have to answer for what you and I personally do, but you and I were never called to be Christian’s alone. It’s not ‘I’, but ‘we’ who make up the body of Yeshua.

Christianity has ingrained into us when we pray that we pray in the first person, as in “Lord do this or that for me”, and “Lord I need this or that” just as an example, but how did Yeshua teach His disciples to pray?

Matthew 6:9-13 Yeshua said, “You, therefore, pray like this? ‘OUR Father in Heaven! May Your name be kept holy. May Your kingdom come, Your will be done on earth as in heaven. Give US the food we need today. Forgive US what we have done wrong, as WE too have forgiven those who have wronged US. And do not lead US into hard testing, but keep US safe from the evil one. For kingship, power and glory are yours forever. Amen.’”

Have you noticed that many of our church songs are written in the first person as well, as in ‘I Love You Lord and I Lift My Voice’, ‘Just As I Am…’, ‘To Give My Life Away’, ‘My Only King’, ‘Jesus I Am Resting’, ‘I Belong To You’, ‘It Is Well With My Soul’, ‘I Am Chosen I Am Free’, ‘Here I Am To Worship’, ‘I Will Magnify You’, ‘I Live For Jesus’, ‘I Will Rise’, ‘You Are My Shelter’? There’s nothing wrong at all with loving God in the first person, nothing at all, but we’ve possibly gone to the extreme when it comes to our personal relationship with Yeshua, when as a body, we should be equally focused on ‘we’ and ‘us’. If we were less focused on ‘I’ and ‘Me’ we might be doing a better job of caring for and protecting each other within our own Christian family.

If we’re called to love one another, how can we do that if our mindset is always predominantly singular in its focus? If we’re more focused on ‘we’ and ‘us’, we’ll have a greater understanding of what it means to love others as much as we love ourselves.

How do we do that?

Matthew 7:12, Yeshua said, “Always treat others as you would like them to treat you; that sums up the teaching of the Torah and the Prophets.”

This is what has been termed as ‘The Golden Rule’. Rabbi Joseph Telushkin talked about a school teacher who asked his 6th grade class to compose two golden rule lists; one list was for things they would want others to do to them, and the second list was of things they would not want done to them. On their ‘Do’ list, they wrote love, respect and help but on their ‘Don’t’ list, they wrote longer and more detailed things that were more practical and included things like, don’t hit, don’t steal, don’t laugh at, don’t snub, don’t cheat. The list of don’ts was much clearer and more specific and the result was a more likely change in behaviour.

But if we want to know how to love our neighbour, we need a ‘Do’ list that is more detailed so that loving our neighbour is not merely a subjective exercise.

Yeshua was asked ‘who is my neighbour’ after He said we were to love our neighbour. The Hebrew word for neighbour is ‘Re’ah’, which typically means a companion, kinsmen or friend and it’s easy to love people we already know and care about.

Whenever we look in depth at the story of the Good Samaritan in Luke 10, where Yeshua teaches that the Samaritan man, who was of a despised race and intensely disliked by the Jewish people at that time, was the one who behaved with love toward the beaten man as opposed to the others who simply passed him by leaving him for dead, but that’s not the emphasis of Yeshua’s teaching.

The real emphasis and point of Yeshua saying that we’re to love our neighbour is that we are to love them the way we love ourselves.

Sadly, this has been taught to mean that we should work more on loving ourselves because if we don’t love ourselves we cannot possibly love others. That’s not what this passage says at all.

Human beings always put themselves first; we already love ourselves a lot. We dress ourselves in nice clothes, we like to eat good food, we wash ourselves and put on nice perfume, we wear make-up and like to make ourselves physically presentable when we meet with others. We buy ourselves nice things to make our lives easier, more comfortable and to make us happy. When we make decisions we make them with our own best interests at heart.

The point is, we are the centre of our own lives and we love ourselves so much already because we always want the best for ourselves. What Yeshua was saying is that we are to love others that same way, because our neighbour is just like us.

If we were the man beaten and left for dead on the side of the road, we would want someone to stop and take care of us and give us the assistance we needed to get the necessary help and protection.

That’s what it means to walk in the dust of our Rabbi…our lives are to be focused and dedicated to loving and learning all we can about God and we do that by imitating and living like Yeshua who was God in the flesh.

Spiritual Waves in the South Pacific

Waves of enthusiasm are sweeping across the South Pacific as many of our island neighbours prepare for new ways of...
20Twenty

Melissa from Ferntree Gully in Victoria, a donor to the November Visionathon, has been battling depression and anxiety...
20Twenty

Elisha Part 1 (El-e-sha) Elisha is made up of two elements; ‘El’ which is the common abbreviation of Elohim which...
×
×