James 1:26-27, “If anyone thinks himself to be religious, and yet does not bridle his tongue but deceives his own heart, this man’s religion is worthless. Pure and undefiled religion in the sight of our God and Father is this: to visit orphans and widows in their distress, and to keep oneself unstained by the world.” 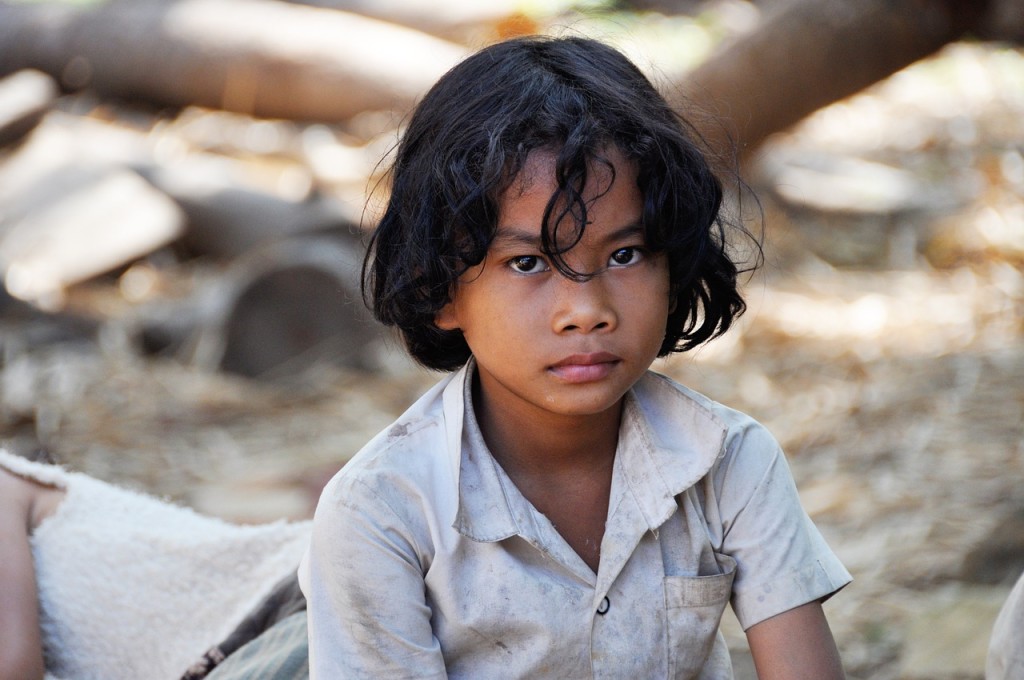 What do all these characters have in common? They were all orphans.

The Hebrew word for orphan is ‘yatom’, and it means “fatherless.” During Biblical times if a child had a mother but no father, the child was considered to be an orphan because during that time period, single-parent families were predominantly impoverished because the men were the breadwinners and not many women worked. Without the breadwinner, single mothers and their children were at the mercy of other people’s generosity. So those who were ‘fatherless’ were considered orphans.

Today, especially in our western nations, there are greater provisions for single parent families, and children with only one parent are not considered orphans at all, despite the fact that ‘fatherless’ children are becoming incredibly common…unfortunately.

How does God regard orphans?

All through the Old Covenant Scriptures God warned His people not to oppress or afflict orphans and widows; these most vulnerable members of society were supposed to be defended and protected against corruption and malice and were to be protected against those who would target them to rip them off and manipulate them.

Deuteronomy 10:18, ‘He (God) executes justice for the orphan and the widow, and shows His love for the alien by giving him food and clothing.’

Deuteronomy 27:19, ‘Cursed is he who distorts the justice due an alien, orphan and widow. And all the people shall say, “Amen”.’

The Hebrew view of the orphan then was one of care, compassion and protection. There was no ‘social security’ during the Biblical era in any nation of region of the world but in Israel, under God’s instruction, widows, orphans and foreigners (aliens) were to be treated with respect, their rights and physical well being was to be protected, defended and championed and anyone taking advantage of them would in fact be ‘cursed’ as Deut 27:19 states.

Not only that, but when harvest time came, God instructed His people to only make their way through their crops once…anything else that was left behind had to be made available for widows, orphans and foreigners to access so they would have food and provisions enough to survive. No other society that I know of has ever had such a system or law in place to protect the weak, poor and vulnerable of their societies. Only Ancient Israel.

If you read the book of Ruth, you see this law of provision, known as the ‘law of gleaning’ come to in to play when Ruth went into the fields of Boaz to glean after the harvest had taken place. (Ruth 2)

Psalm 68:5, God is…’A Father to the fatherless and a Judge for the widows, is God in His holy habitation.’

Psalm 146:9, ‘The Lord protects the strangers; He supports the fatherless and the widow, but He thwarts the way of the wicked.’

Back to the Beginning for a Minute

When Adam and Eve sinned, we know that the relationship, the fellowship between them and God was broken. No longer could they be in God’s presence the way they originally did, only through sacrifice and death could they hear from Him and always at a distance. As the centuries progressed, God revealed more and more detail about the processes of sacrifice and ritual that were required for man to gain right standing before Him and always, those processes and rituals were only temporary fixes. They were constant and ongoing, and innocent animal was always offered up as the sacrifice to bring about cleansing.

The arrival of sin brought with it the faithlessness of the human race. God was now distant and unapproachable without a priestly mediator and the shedding of innocent blood. Then came Yeshua.

Yeshua became our prophet declaring truth and the coming of the Kingdom of God. (Deut 18:14-22)

Yeshua became our King, the Son of David, the promised Mashiach / Messiah who would set all things right and rule over us and eventually, one day the entire world. (Psalm 2)

Yeshua became our Great High Priest, who would not only become our Mediator bridging the gap between us and God because of our sin, but offering Himself as the sacrifice that would once and for all, permanently cleanse us of our sin and wash it away forever. (Psalm 110)

We would no longer be fatherless…we would finally be reconciled to our Father, in fact Scripture says we become ‘adopted’.

Ephesians 1:3-6, ‘Blessed by the God and Father of our Lord Yeshua, Messiah, who has blessed us with every spiritual blessing in the heavenly places in Messiah, just as he chose us in Him before the foundation of the world, that we would be holy and blameless before Him. In love He predestined us to adoption as sons through Yeshua our Messiah to Himself, according to the kind intentions of His will, to the praise of the glory of His grace, which he freely bestowed on us in the Beloved.’

When you realise that Paul wrote these passages during the rule of the Ancient Roman Empire and it was common knowledge and understanding of what adoption meant under Roman law. Here’s an excerpt from sermon by Dr John Macarthur about the laws of adoption in Ancient Rome.

“There were two steps. The first one was called mansupoteo from which we get the word emancipation. And mansupoteo was carried out about a symbolic sort of sale. If the father would agree to let his son be adopted by another man there was this symbolic sale they went to; they had some scales and some copper and they used this symbolism to carry out sort of a transaction like I’m selling this young man to you. They did it three times. Twice the father symbolically sold the son and twice he bought him back and then the third time he didn’t buy him back and the Potrea Protestus was broken.

After the sale there was ceremony called Vindacateo and the adopting father went to the Roman magistrate and presented a legal case for the actual legal transference of the person to be adopted into his own Potrea Protestus. And when all this was complete the adoption was done.

Secondly he became full heir to his new father’s estate even if there were other sons, even if there were no sons, if other sons were afterward born into the family who were real blood relations it did not affect his right of progenerate, his right to be the primary one. He was an inalienably identified heir.

Thirdly, according to Roman law, the old life of the adopted person, this is interesting, was completely wiped out. If he had any debts they were cancelled, if he had any record of crime it was abolished. They wiped out all the records as if that person had never existed, as if they had never been born. And the adopted person was regarded as a new person entering a new life with no past.

And fourthly in the eyes of the Roman law the adopted person was literally and absolutely the son of his new father in every sense.” 1

Is that not remarkable!

This is a natural picture of the exact process that takes place in our relationship with God when we come to saving faith in Yeshua.

We are adopted into God’s family.

We are bought with a price.

We are legally, in every sense of the word, a son and heir of our adoptive Father.

Our past is gone, completely wiped away and forgotten, as though our past life and existence never happened.

We are 100% sons and daughters of our Father in heaven, with full rights and privileges that come with being a member of this family.

We are no longer orphans. God completes the circle that began in Eden. We went from being 100% sons and daughters of God in perfect fellowship and full rights and heirs, to being expelled, estranged and separated through sin; we became orphans and strangers in the world, living under the slavery of sin serving a harsh task-master – Satan – until Yeshua our Prophet, Priest and King came and died in our place. He purchased us with His own blood so that we could be saved. Our ransom was paid, our debts cancelled and we were adopted and are restored in our relationship with our Father once again.