The Feast of Shavuot (Weeks/Pentecost)

Deuteronomy 23:15-17, ‘You shall also count for yourselves from the day after the sabbath, from the day when you brought in the sheaf of the wave offering; there shall be seven complete sabbaths. You shall count fifty days to the day after the seventh sabbath; then you shall present a new grain offering to the Lord. You shall bring in from your dwelling places two loaves of bread for a wave offering, made of two-tenths of an ephah; they shall be of a fine flour, baked with leaven as first fruits to the Lord.’ 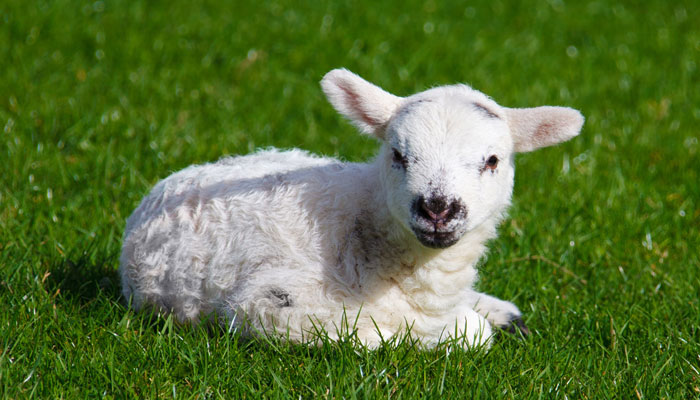 In traditional Judaism, the festival of Shavuot (weeks) marks the culmination of the experience of redemption, sometimes called Atzaret Pesach, the Conclusion of the Passover. Since the great exodus from Egypt was intended to lead to the revelation of Sinai, the goal of Passover is the giving of the Torah to the Jewish people. God took the Jews our of Egypt so that they would be His own treasured people, holy and separated from the pagan cultures around them. Indeed, all of the mo’edim (appointed times) are connected with this event, including the fall festivals of Rosh Hashanah, Yom Kippur and Sukkot.

The background to Shavuot is found through the book of Exodus when God sent Moses to deliver his people from Egyptian slavery, and after many signs, wonders, miracles and much death and destruction because of the pride and stubbornness of Pharaoh’s heart.

It’s been calculated by Jewish sages that from the deliverance of the Jewish people after Passover to the day God gave Moses the Law on Mt Sinai was fifty days. When you read the passages giving the description of the Feast of Shavuot and what they were celebrating you see that it’s very much an agricultural celebration. It takes place fifty days after the first meal of Passover; God instructed them to count seven weeks and then on the fiftieth day they were to celebrate Shavuot, which actually means, the ‘Feast of Weeks’. The counting of the fifty days is known as the Counting of the Omer

As soon as a Jewish farmer saw the first sign of ripening fruit among his crops, he would tie something around it and designate it to be his offering to the Lord and later when he would harvest it, it would be placed in a basket woven of gold and silver (the poor used baskets of peeled willow branches) and they would take it to the Temple for the celebration of Shavuot. Often there’d be a lot of singing and joyful praise because all the people would be travelling together.

The unusual thing about the feast of Shavuot is that part of the offering that had to be presented at the Temple was two loaves of LEAVENED bread, made from the first fruits of their harvest…it’s the only time God permitted the bread offerings to contain leaven. When the loaves were presented they had to be presented as a wave offering before Him.

After the destruction of the Temple, the Jews were no longer able to bring the first fruits into the Temple as offerings because the Temple was gone, so the Jewish religious leaders recognised that because the Torah was given on Mt Sinai fifty days after Passover, the means of celebrating Shavuot would be focused on celebrating the giving of the Torah, the Law of Moses. Interestingly, the Word of God is described as spiritual food. Yeshua is the Word of God come down from Heaven and is also known as the Bread of Life. Yeshua, the Bread come down from heaven was born in Bethlehem which means the House of Bread.

Today, when Jews celebrate Shavuot, the anniversary of the giving of the Law of Moses, they often stay up all night to read and study the Torah, they read portions of the Torah and in particular the read the story of Ruth. In Jewish thought, Ruth is read because the story took place during the time of the Spring harvest and therefore has an agricultural theme and it’s also a picture of Ruth who willingly accepted the people and God of the Jewish people. 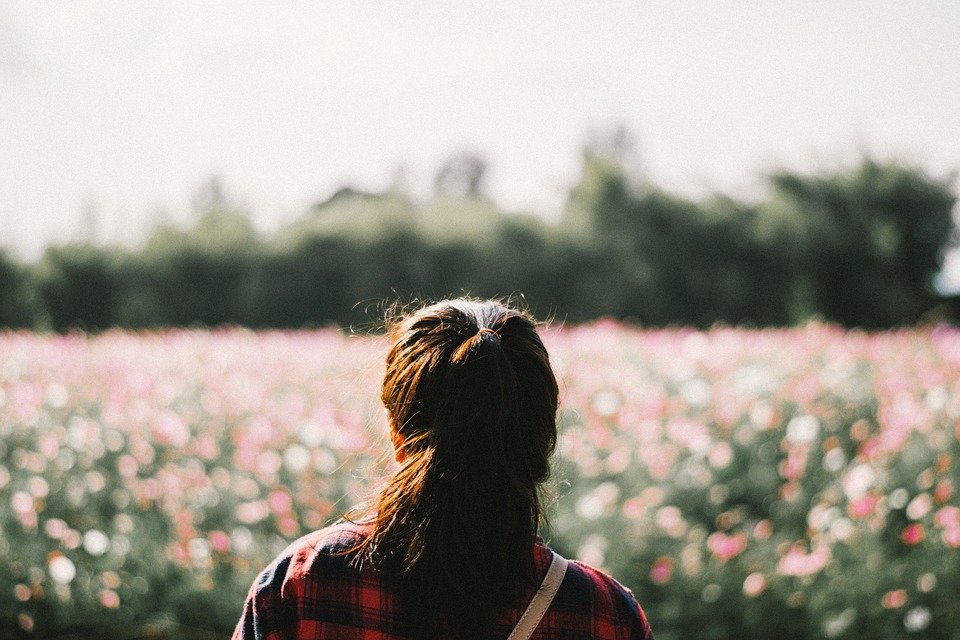 Ruth was a Moabitess who remained with her mother-in-law Naomi, a Jewess, both of whom were widows and Ruth converted to Judaism, confirming that Naomi’s people would be her people and Naomi’s God would be her God. Naomi’s family line was that of King David and Ruth was redeemed by one of Naomi’s distant relatives, a man named Boaz who filled the role of ‘kinsmen redeemer’, he married Ruth and maintained Naomi’s family line and not only that, but Boaz and Ruth were the great, great grandparents of king David and from king David came Yeshua the Messiah. (Ruth 1-4)

Ruth’s story is that of a Gentile bride embracing the God of the Jewish people and being accepted into the Jewish nation.

Acts 2 begins on the Day of Pentecost, the word ‘Pentecost’ is the Greek word that simply means ‘the fiftieth day’. After Yeshua rose from the dead, after He was crucified on Passover, He told His disciples to wait in Jerusalem for the promised gift from the Father that would come to them. Fifty days after Passover they gathered together in Jerusalem, it was the Feast of Shavuot and just like God visited His people on Mt Sinai and gave them His Torah, His Law, written on stone tablets by the finger of God Himself; God visited His people gathered together in the upper room and the Holy Spirit was poured out on each one of them and the fulfillment of the giving of the New Covenant began.

Jeremiah 31:31-34, the Lord promised that the day would come when He would make a new covenant that would involve His law being imprinted on the hearts of His people rather than on tablets of stone. He would fill and empower His people to live out His law from their innermost desires of the heart, not just out of perfunctory duty, they would obey His law out of love for Him and it would come from within.

It’s amazing that on the very day that Jews from around the world gathered in Jerusalem to reaffirm their commitment to the covenant of Moses, the Holy Spirit descended upon Israel with the promised New Covenant to all who would believe. (Acts 2:1-42) Again, this new covenant makes the Law – the Torah – a matter of the heart, written there by God the Holy Spirit, so that those who believe yield a life that is fruitful.

We know that leaven is representative of sin and that the Jewish people were to separate themselves from the Gentile world so as not to be seduced by their sin and the inclusion of leaven in this particular feast shows that the Gentiles are now welcomed into God’s people. Two loaves of bread – Jews and Gentiles – whom Paul describes as ‘one new man.’

The feast of Shavuot is the celebration of God’s giving of His Law both at Sinai on tablets of stone on the day that Judaism was born, and again on the day that the New Covenant was established when God gave His law through the pouring out and into the hearts of the believers by the Holy Spirit on the day the church was born.

Ephesians 2:14-18, ‘For He Himself is our peace, who made both groups into one and broke down the barrier of the dividing wall, by abolishing in His flesh the enmity, which is the Law of commandments contained in ordinances, so that in Himself He might make the two into one new man, thus establishing peace, and might reconcile them both in one body to God through the cross, by it having put to death the enmity. And He came and preached peace to you who were far away, and peace to those who were near, for through Him we both have our access in one Spirit to the Father.’

The account of God giving His Law on Mt Sinai and His presence physically descending on the mountain in fire, smoke, thunder and lightenings, absolutely terrified the Israelites. They’d seen His power on display in momentous ways in Egypt and there He was, demonstrating His power again right in front of them on the mountain. They were terrified and wanted Moses to be their mediator. 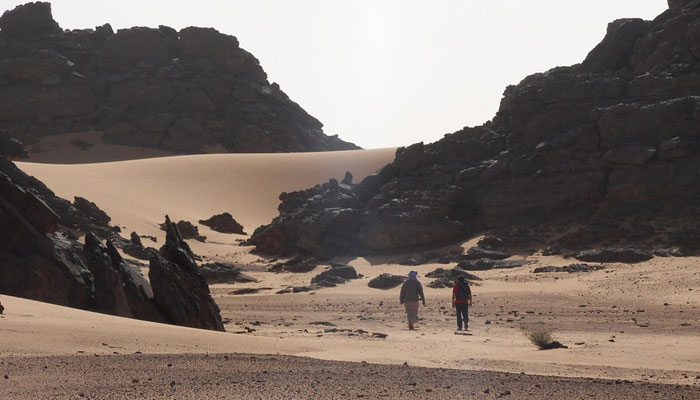 On the fiftieth day after Passover, after God led His people out of slavery, God gave Moses the Law on Mt Sinai and there is a curious Jewish tradition that is very ancient – it’s NOT IN SCRIPTURE – but it’s an ancient tradition from a book called ‘Legends of the Jews’ that says that when God came down on Mt Sinai, angels brought ‘crowns of fire’ for every Israelite.

‘And when God spoke, “The Divine voice divided itself into the seventy tongues of men, so that all might understand it… All heard indeed the same words, but the same voice, corresponding to the individuality of each, was God’s way of speaking with them. And as the same voice sounded differently to each one, so did the Divine vision appear differently to each.”‘ (Legends of the Jews, Louis Ginsberg)

Again, this isn’t a Biblical account, I’m not even implying that it’s historical, it’s just a legend, but the Jews were all very familiar with it and it’s interesting that this is how God visited the Jewish believer’s in Jerusalem on the Feast of Shavuot (Pentecost) on the very day the Church was born.

God rested on each one in the form of a tongue of fire and gave them the ability to speak in foreign human languages so that the international Jewish community who were in Jerusalem at that time to celebrate Shavuot, would be able to hear the Word of God regarding Yeshua and His Gospel clearly in their own languages.

There are other interesting passages of Scripture that reference wind and fire.

Ezekiel 1:4, 13, ‘As I looked, behold, a storm wind was coming from the north, a great cloud with fire flashing forth continually and a bright light around it, and in its midst something like glowing metal in the midst of the fire.’…’In the midst of the living beings there was something that looked like burning coals of fire, like torches daring back and forth among the living beings. The fire was bright and lightnigh was flashing from the fire.’

Isaiah 6:6, ‘Then one of the seraphim flew to me with a burning coal in his hand, which he had taken from the altar with tongs. He touched my mouth with it and said, “Behold, this has touched your lips; and your iniquity is taken away and your sin is forgiven.”‘

If you read both these passages in their full context you see very clearly that God was specifically calling both Ezekiel and Isaiah to speak His words, His message not only to the people of Israel, but to the world.

In Exodus, God commissioned Israel to represent Him as His people and He gave them His Law so they would reflect His holiness.

In Ezekiel and Isaiah, God commissioned His prophets to proclaim His Word to His wayward people.

In Acts, we see God possibly replaying scenes from Israel’s history, commissioning His people who believed in His Son, Yeshua, to take the message of His Gospel to the world, bring Jew and Gentile together as ‘one new man.’