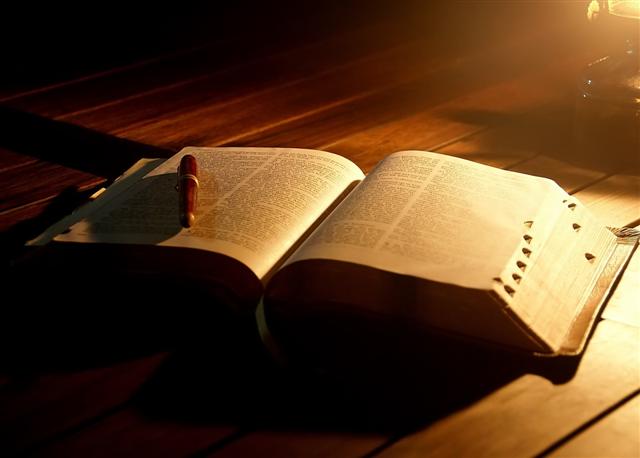 We’ve been looking at Shema for the past 2 weeks, Shema is the #1 item that Jewish people learn from the moment they’re born. What is shema? ‘Shema Israel, Adonai Elohenu, Adonai echad.’ – ‘Hear O Israel, the Lord is God, the Lord is one.’

Yeshua’s encounter with a teacher of Torah lead Him to answer a question about what was the greatest commandment and Yeshua answered with Shema and then expanded on it to include not only love of God but love of others also and that Shema was something you did, not merely something you knew; it had to have a practical outworking rather than being an item of intellectual knowledge.

Last week we looked at the Hebrew word ‘echad’ which is commonly translated to mean ‘one’ as in a singular item, but in Hebrew it has a much broader meaning than that; it includes ‘unified’, ‘only’, ‘alone’ and is used even to describe a unified whole, as in ‘there was the morning and the evening, the first day.’ There are 2 elements that make up one day and because there are no vowels in the Hebrew alphabet, there can be the possibility of shema meaning that Adonai is the only God, or God alone.

When Yeshua went on to include the importance of loving God with heart, mind, soul and strength and to love neighbour as self, He was summarising all of Torah with those words.

This week we’re going to look at what is meant by loving God with those elements of ‘heart, soul, mind and strength.’

Vicktor Frankl was an Austrian neurologist and psychologist, the founder of logotherapy as well a Jewish prisoner for 3 years in the Auschwitz Nazi death camp. Upon arrival he was separated from his wife and he was unaware that she was transferred to the Bergen-Belsen death camp where she was murdered, his mother was murdered in the Auschwitz gas chambers and his brother died during slave labor in Auschwitz. Unaware of his loss, he was hoping that his wife was faring better than he was. One of the inmates whispered to him one day that he was glad their wives couldn’t see the conditions they were enduring and said he hoped they were treated better to which Viktor agreed.

However, this sparked the memory of his wife and in his minds eye he would see her face and the beauty of her smile and they way she used to squint when she laughed. He said that memory sparked a powerful wave of love that overwhelmed him and moved him from the danger and horror of his existence in the death camp. He said,

“I understood how a man who has nothing left in this world still may know bliss, be it only for a brief moment, in the contemplation of his beloved…for the first time in my life I was able to understand the meaning of the words, ‘The angels are lost in perpetual contemplation of an infinite glory.’”

In the worst moments of his life, Viktor’s love for his wife filled him with such joy that he understood why the angels would spend all eternity in worshipping and loving God supremely.

Shema first of all embraces love of God.

‘And you shall love…’

Yeshua’s answer included the words ‘ve-ahavtah’ which literally means ‘and you shall love’. It’s a command but it’s future, as in ‘and you SHALL’ and the day will come when we will stand before our Messiah, completely redeemed and removed from this life and we will be like the angels in that we’ll be overawed with love for Him and we’ll never have to leave Him or be distracted by this world ever again. That’s pure heaven.

Often today we confuse the ‘feelings’ we get during a moving song service at church as evidence of loving God and from this we can wrongly believe that Christianity is all about this feeling. But what if we never experienced those feelings ever again, could we still love God supremely?

The Hebrew word ‘ah-havtah’ is quite broad in its meaning. Besides the common word which refers to affection, ‘ah-havtah’ moves far beyond emotion and also describes actions associated with love as in acting lovingly and to be loyal to someone.

Ancient treaties between a king and his enemy were a signed covenantal agreement where the enemy would pledge to ‘love’ the king he was making the agreement with. This was a pledge of loyalty not necessarily to hold warm feelings toward the monarch.

When the Israelites responded to the 10 commandments given them by Moses, they didn’t respond with warm gushy feelings, they responded by promising to obey them.

So loving God doesn’t command warm affection and feelings from those who worship Him necessarily, it’s a command of loyalty and faithful acts of devotion and obedience. This doesn’t mean emotions aren’t important, but we usually get these priorities around the wrong way; we want to feel the emotions and then follow those up with actions when we’re to respond to God with faithful and loyal actions of devotion to the One and Only God, and the emotions then follow.

Remember king David, who for most of his life had been faithful in his behaviour and actions toward God (apart from a few glaringly abysmal sins) one day just spontaneously burst into joyful dance in the streets, casting aside his royal robes, giving up decorum for the sheer joy and love he felt for his God. For many, many years before his came to the throne, David lived in exile and fear for his life and was defamed and insulted by king Saul. He was a fugitive on the run and often felt misery which is blatantly obvious when reading the psalms he wrote, but his feelings never prevented him from loving God supremely in both word and deed.

The entire encompassing definition of the word ‘love’ includes loving others in action not just with mental and emotional feelings.

The truth is that we are not capable of loving God and other people simply by holding warm feelings and always thinking nice things toward them, love according to God’s definition means getting up and doing something that demonstrates love; love via action. Love is both warm feelings and the actions that they come from.

This is why Yeshua said in Luke 6:27 that we are to love our enemies and do good to those who hate and persecute you. It doesn’t mean we’re to have warm fuzzy feelings toward them, it means to treat them with faithful loyalty and to commit to acts of kindness that demonstrate love. Living a life of love toward an enemy means treating them fairly, praying for them and never seeking revenge no matter how unkind or hurtful they’ve been to you.

It doesn’t mean foolishly thinking they’re nice people and are deserving of acts of kindness, demonstrating acts of kindness to an enemy demonstrates the kind of love God places inside His children that in actuality confounds the enemy.

‘With all your heart…’

To the English mind when we refer to the heart we think of emotions and even delineate between our ‘head and our heart’ to point out the differences between emotions and rational thinking. But in Hebrew, ‘lev’ or ‘levav’ is referring to emotions, as well as the mind and thoughts. It is in fact referring to all the inner life. So this phrase could be read as ‘with all your inner life’.

This brings greater understanding to passages like Deut 6:6 that says, ‘These words, which I am ordering you today, are to be on your heart’ and in practice this means that these commandments are to be a part of all your thoughts. Proverbs 16:23 says, ‘The wise man’s heart teaches his mouth, and to his lips it adds learning,’ which means that the wise person thinks before speaking so that he can be persuasive when he does speak. So whenever you read ‘heart’ in the OC, it should be considered as referring to the intellect as well as the emotions because in Hebrew is can also be referring to the mind.

So not only should our actions and our emotions be engaged in our love of God but so should our thoughts.

In both ancient days as well as today, it is a common practice for Orthodox Jews and Rabbis to memorise enormous amounts of Scripture and commentaries which they can recite at any time. This is not such a common habit among the church, but this habit of memorising the Bible has meant total engagement of the thoughts and minds of those learning it.

As we’ve learned in previous Home Groups, if we learned more of the Word of God our lives would be a far greater picture of a life lived in worship and adoration of God first and other people that we interact with.

Next week we’ll take a look at the other elements of Shema.

(These studies are based on the book ‘Walking In The Dust Of Rabbi Jesus: How The Jewish Words of Jesus Can Change Your Life’ by Lois Tverberg)