The Mistake Of Western Theology 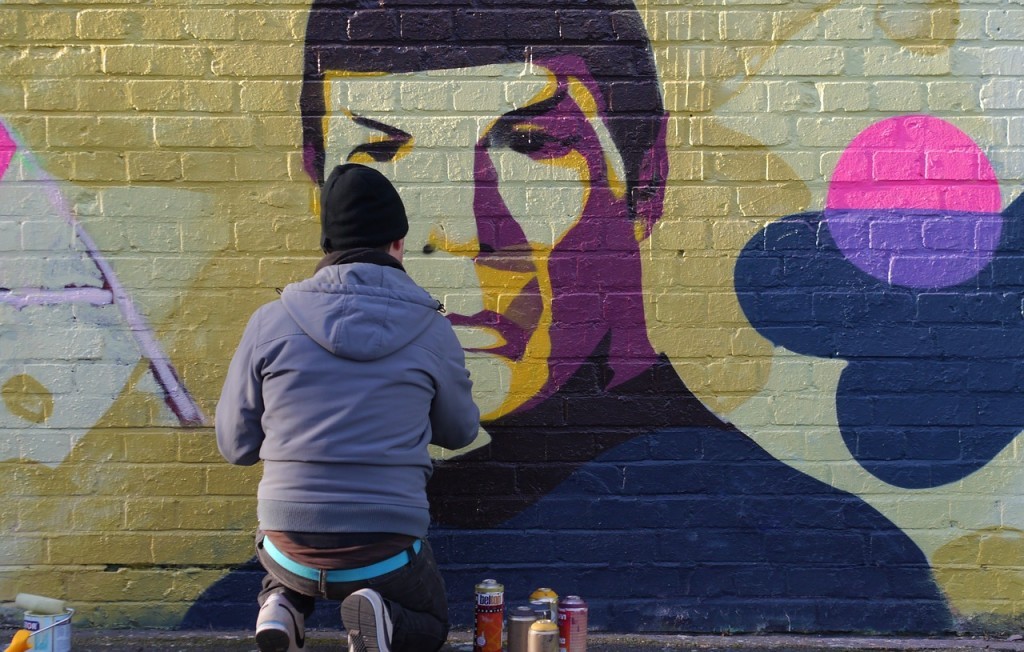 Mr. Spock of Star Trek fame has been a huge favourite for decades and many thought his philosophy was brilliant. He’d purged all emotions from his psyche in order to live only by cool-headed reason. No anger, sorrow or fear filled his thoughts which allowed him to be perfectly rational at all times. Of course he was missing emotions like empathy, joy, and love but how could he be wrong when he could calculate every potential outcome to the fifth decimal place?

The truth is however that Mr Spock’s creators had inadvertently followed the idea in classic Greek philosophy; the pointy-eared Vulcan hero was simply following the Stoic ideal of apatheia—seeking virtue by rejecting all passions, by becoming indifferent to pain or pleasure.

Many Greco-Roman philosophers also saw emotions as fleshly and evil, uncontrollable and opposed to reason. In their minds, the supreme God could not be so weak as to express emotion. God must be impassible and impervious to passions like anger and sorrow, unaffected by the misery of the human condition. Aristotle’s god was the “prime mover,” but he himself was unmoved—he was pure thought and devoid of all feelings. 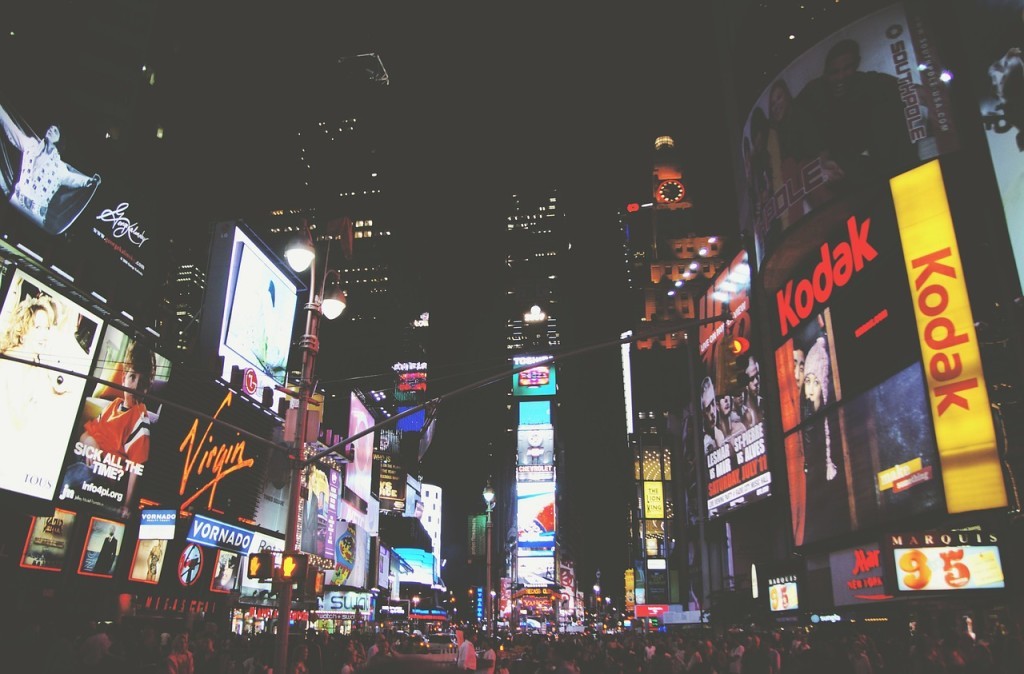 The idea that emotions are irrational and unnatural arose from Greco-Roman philosophy and has influenced Western theology for thousands of years. We modern folk find God’s passions in the Old Testament a bit irrational and embarrassing, even extreme and out of control. But what if we looked at Israel’s God from a Middle Eastern perspective, which embraces His emotional reality?

Ken Bailey has discovered a wealth of insight on the parables, especially the Prodigal Son, from his study of traditional cultures of the Middle East. Throughout his travels, he’s asked his Middle Eastern subjects one question hundreds of times: “Have you ever known a son to come to his father and demand his inheritance?” The answer is always the same: it would be unthinkable. It would be an unspeakable outrage and a gross insult to one’s father and family.

Bailey tells the story of one pastor whose parishioner who came to him in great anguish, exclaiming, “My son wants me to die!” The man’s son had broached the question of his inheritance. In that culture, the son’s inquiry expressed a wish for his father’s demise. The elderly man was in good health, but three months later he passed away. His wife lamented, “He died that night!” referring to the night his son asked him about his inheritance. The offense was so great that in a sense, the man died the very night his son had spoken to him.

Bailey’s insights on the parable of the Prodigal Son reveal a basic error in how Western Christians understand sin and God’s response. We see sin as the breaking of arbitrary rules, like accruing parking violations and speeding tickets in a heavenly court system. If we put our faith in Christ, His atoning sacrifice will pay the fine. In this scenario, God is a callous, uncaring judge – almost cold and distant and unknowable, whose concern is that the law be upheld and the penalty paid in full. This is true to a degree, but this is nowhere near a complete picture of the Father.

The portrayal of sin in Jesus’ parable is that of a broken relationship, a personal offense against a loving Father. The son’s actions would have been profoundly hurtful to his family as he cashed in their property for his own gain. Sin does not just “break the rules” and annoy a strict policeman; it is a direct, personal rejection of our loving heavenly Father, who cares for us deeply.

Anger in Tension with Love

The wounded anger of a deserted father is a far cry from the aloof judgment that many of us mistakenly see in the God of the Old Covenant. Rather than God being distant and unfeeling, a more Biblical understanding is that God’s anger at sin exists in tension with His overwhelming love. The same passionate concern for humanity that causes God’s anger is also the source of His tenacious, everlasting love that bursts out in joy when His children finally come home.

In fact, all of the prophets express God’s anguish when His children abandon Him, and how He restrains His wrath at sin out of His ‘hesed’, His mercy and loving kindness – His overwhelming, boundless love.

This is the Old Covenant God’s answer to our angry question, “How can You be so indifferent to the evil in the world?” Our accusations are actually against the impassible (incapable of suffering or feeling pain) God that we’ve conjured up out of our own imagination!

The real God is just the opposite, because indifference to evil is in itself evil. Rabbi Abraham Heschel wrote,

“There is an evil which most of us condone and are even guilty of: indifference to evil. We remain neutral, impartial, and not easily moved by the wrongs done unto other people. All prophecy is one great exclamation; God is not indifferent to evil! He is always concerned, He is personally affected by what man does to man…This is one of the meanings of the anger of God: the end of indifference!

If God is not wounded by His people’s suffering or angered at their cruelty toward each other, He would be a God who cannot love. Theologian Jürgen Moltmann says this in his book The Crucified God,

“A God who cannot suffer is poorer than any human. For a God who is incapable of suffering is a being who cannot be involved. Suffering and injustice do not affect Him. And because He is so completely insensitive, He cannot be affected or shaken by anything. He cannot weep, for He has no tears. But the one who cannot suffer cannot love either. So He is also a loveless being.”

God’s powerful emotions made perfect sense in a society where passions were embraced, where tears of mourning and songs of joy were a normal part of life. The Greek rejection of emotions arose out of an intellectual pride that was willing to sacrifice one’s full humanity for the sake of being in constant control.

God is not indifferent or disinterested—He’s like an Middle Eastern father who is crushed by his son’s apparent lack of love. God is like a mother bear who roars a warning if you get too close to her cubs. God is like a jilted lover who’s beside himself when he spots his true-love on another man’s arm. Israel’s God is not less emotional than we are, He is even more so. Unlike us however, He doesn’t allow His actions and motivations be governed by His emotions. This is something we do because we’re operating out of a fallen nature.

A God Who is Grieved by Evil

If you’re looking for God’s unflinching judgment, the place you’d most expect to find it is at the time of Noah. You’d expect to find God nearly exploding with fury at the wicked deeds of humanity, when humankind had filled the world with violence, when “every inclination of the thoughts of his heart was only evil all the time” (Genesis 6:5).

But instead of wrath, the Bible says that God was grieved, that God’s heart was full of pain. A murderous gangrene had infected His precious children, causing them to destroy themselves and each other. God’s anguish was so great that He even regretted making humankind.

In Hebrew there’s a connection between God’s pain and that of fallen humanity. Because of Eve’s sin, her sorrow (etzev, ET-tsev) in bearing children will multiply, and Adam will labor in sorrow (etzev) to make the earth produce food. (Genesis 3:16-19) This is the same word that describes God’s sorrow when His heart is “grieved” in Genesis 6:5. Like Eve, God’s precious children would now fill His heart with pain; and like Adam, His beautiful earth would now be cursed by human bloodshed. Adam and Eve’s sorrows were a small taste of the pain God Himself felt at His broken world.

Our world today is still filled with violence—we’re no different than the generation that made God regret He had created us. When you consider the mass graves of the genocides of this past century, you realize that humans really are capable of evil beyond the limits of the imagination. Yet, after the flood God promised, “Never again will I curse the ground because of man, even though every inclination of his heart is evil from childhood. And never again will I destroy all living creatures, as I have done” (Genesis 8:21).

Why was God’s response to evil different than before?

Here, in the Scripture’s first pages, is it possible to see God’s answer to that classic question, “If God is good and all powerful, why doesn’t He destroy evil?” In the flood epic, God revealed what His righteous response to human evil would be—universal judgment. God bears with corrupt humanity because the alternative is the death of every sinner on earth. The fact that a good God does not destroy evil is not because He’s impotent—it’s because He’s merciful.

We discover God’s mercy in His very next words, when He makes a covenant in Genesis 9. In this very first covenant He ever made with humankind, He committed Himself to find another answer to sin rather than just to destroy sinners. In embryonic form, this covenant points toward the coming of Christ.

For God, this decision had an enormous price. Walter Brueggemann explains, “God resolves that He will stay with, endure, and sustain His world, notwithstanding the sorry state of humankind… It is now clear that such a commitment on God’s part is costly. The God-world relation is not simply that of strong God and needy world. Now it is a tortured relation between a grieved God and a resistant world… This is a key insight of the Gospel against every notion that God stands outside of the hurt as a judge.”

Terrence Fretheim also notes, “Given God’s decision to bear with the creation in all of its wickedness, this means for God a continuing grieving of the heart. Thus the promise to Noah and all flesh in Gen. 9:8-17 necessitates divine suffering. By deciding to endure a wicked world, while continuing to open up the heart to that world, means that God has decided to take personal suffering upon God’s own self.”

God opts to suffer alongside His people because He loves them in spite of their sinfulness. From the moment He made that decision, we see the passionate love that ultimately led to the cross, to bring His prodigal children back to Him. And we see His overwhelming joy when a single sinner repents and turns homeward.

The more you see God’s heart, the more you see the character of Christ from the very first pages of Genesis. Our dual images of God in the Covenants start to merge together when we see that the suffering of Christ began in His Father’s heart at the dawn of creation, when we see God our Father bearing the cross for our sins. It’s only when we focus the two images into one that we gain spiritual “depth perception” and begin to grasp how wide and long and high and deep is the love of God.

Based on the writings of Lois Tverberg