Hebrew Roots Of Our Faith – The Richness Of Jewish Prayer 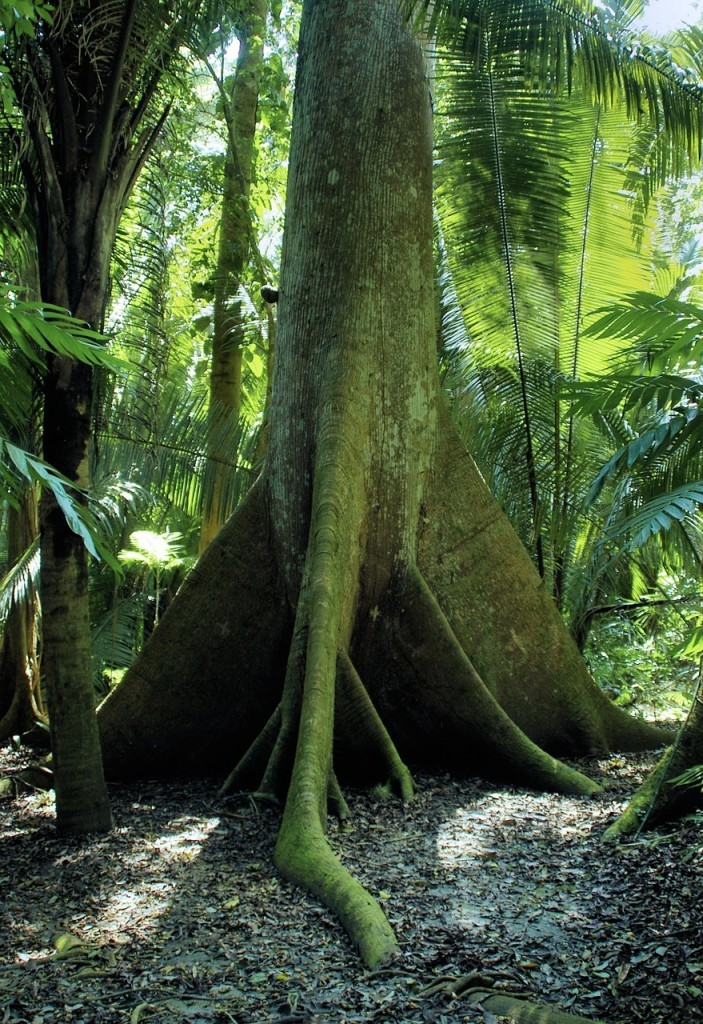 Over the past months we’ve looked at how important it is to understand the culture and setting of the Scripture in order to understand the intention and specific meaning and definition of what was said and why. Understanding customs also helps us understand what was said and taught as well, and it’s been to the detriment of the church universally, that we have neglected and considered Jewish custom and culture to be insignificant and completely unnecessary.

But it’s good to have a taste of Jesus’ customs and culture, but not to become more Jewish, but rather to become more like Yeshua. However, not all customs or practices or traditions are bad, and there’s one Jewish practice that all Christians would benefit from, not necessarily to copy or mimic, but to adopt and adapt into their lives and it’s in the area of prayer, and Jews have prayed this way for thousands of years.

I’ve studied the ‘Lord’s Prayer’ numerous times before and I understand that Yeshua wasn’t telling us to pray that particular prayer ‘parrot fashion’ by just simply repeating those specific words, rather He said when you pray, pray ‘like this’.

Matt 6:9, Yeshua said, “Pray then in this way: Our Father who is in heaven, Hallowed be Your name…”

The passage goes on as we know, but because I’ve always struggled with prayer and never found it to be a discipline that’s come easy to me, I’ve tried to model my prayer after this one. So when I begin my prayer times I always begin by giving honour to God, honouring His name and blessing Him because of His greatness and goodness. I’m learning to ‘hallow His name’.

So what is this wonderful Jewish pattern of prayer? It is the habit of “blessing” the Lord. It’s an attitude of continual thankfulness toward God that expresses itself through brief prayers that acknowledge Him as the source of every good thing and it ultimately comes from the Scriptures, when Moses instructed his people not to forget the Lord:

Deut 8:10-11, ‘When you have eaten and are satisfied, you shall bless the LORD your God for the good land which He has given you. Beware that you do not forget the LORD your God by not keeping His commandments and His ordinances and His statutes which I am commanding you today.’

It can be easy to stay focused on God

It can be easy to stay focused on God, tenaciously trusting Him when life is hard and we’re facing struggles but it’s not so easy when life is good; this is a pattern we saw repeatedly with the people of Israel – God blessed them and they prospered but in their prosperity they grew casual and blasé toward God and His commands and they quickly fell into sin and idolatry. God warned them to repent or He would have to send judgment, then judgment fell and suffering came and THEN the people repented and returned to The Lord. So with that in mind the rabbis developed a method of constantly reminding themselves of God’s care by saying short prayers of thanks for just about everything in their daily lives and they began those short prayers with “bless the Lord.”

This kind of prayer habit is quite invasive and the goal of such prayer habits was to keep God and His presence and love continually on their minds. This was the normal, usual practice in Yeshua’s day and the probability that He held to these practices is incredibly high and it may have been what Paul was referring to when he said “Be joyful always; pray continually; give thanks in all circumstances” in 1 Thes 5:16-18. This understanding certainly makes this verse easier to understand and obey.

Long before Yeshua came the Jews had already developed a range of short blessings to be said for certain occasion that were in addition to their longer prayers each morning and evening and some of them are still prayed in daily synagogue services but the modern custom begins all of them by saying, “Blessed are you, oh Lord our God, King of the Universe.” Interestingly, they begin each prayer by ‘hallowing God’s Name’ and I can’t help but wonder if this is a result of Yeshua’s instructions to His disciples? That’s just a curious thought of my own.

It’s really important to understand that this practice is NOT to bless objects and people which is very much a Christian practice, instead this manner of prayer is to bless the Lord, understanding that the focus is on God the blessing Giver, not on the blessing itself. The word for bless, ‘barak’ also means “to kneel,” so when we bless God verbally, we mentally and spiritually bow in worship before Him. In Yeshua’s day the first line of these short prayers was probably “Blessed is He,” but over time the rabbis felt it was important to be remind themselves always that God is also King and He is Creator of everything so they added the rest of the line later. So in these short prayers of thanks are mental acknowledgement that God is our Creator, He is our King and He is the source of every single thing that comes to us each and every day.

In Luke 24:30, it says that Yeshua “took the bread and blessed it” but the inclusion of the word “it” is incorrect, it was not the habit of the Jews in prayer to bless the item that God was being thanked for, rather it was God who was being blessed for being the provider of the item. The idea of blessing the Lord is to thank Him for His provision of the food, not to confer holiness or blessing on the food itself, this is a Christian tradition and is very common at meal times, prayers such as, “Thank you Father for this food, we ask that You bless it to us….” or “Lord we bless this food…”  Christians have lots of habits and traditions too. 🙂

When Yeshua took the bread, it’s more likely that He prayed something like this, “Blessed is He who brings forth bread from the earth,” because that’s the prayer that all Jewish men prayed before they ate bread and especially so on Shabbat and absolutely so when celebrating Pesach (Passover).  When Yeshua did miracles, the people “glorified God,” and possibly said things like, “Blessed is He who has performed a miracle in this place!” It was customary to pray this blessing at a site where a miracle occurred. So when Yeshua healed ten lepers and only one came back and loudly blessed God, Yeshua wondered why the other nine hadn’t returned to do the same thing. (Luke 17:12 -19)

Psalm 24:1 says, “The earth is the Lord’s and all it contains, the world and those who dwell in it,” and with this in mind, the rabbis of Yeshua’s day and earlier decided that everything that we enjoy in life should cause us to bless God. In the Mishnah, (not inspired Scripture) the record of rabbinic thought from before Yeshua’s time until about 200 AD, the first book is devoted entirely to blessings. In the most ordinary things they found ways of praising God, and these blessings have God at their centre. They contain no personal pronouns whatsoever — they’re focused entirely on Him, and not on the person praying. Simply put, they’re statements that praise God for His goodness.

In their experience of nature they also blessed God. When the first flowers were seen on the trees in the spring, they said, “Blessed is He who did not omit anything from the world, and created within it good creations and good trees for people to enjoy!” Don’t we love to see the daffodils after winter letting us know that the warmer summer months are not too far away? When they heard thunder or an earthquake that inspired fear, they also blessed God by saying, “Blessed is He whose strength and power fill the world!” Next time there’s a storm, remind yourself of God’s amazing power. When it rained, they said, “Blessed is he who is good, and gives good things!“ We usually complain when it rains, but in Israel where water is greatly needed, rain is source of joy and the reality is, our abundant food here is utterly dependent on the rain that we always complain about.

They had blessings for the highs and lows in life as well. When they went through a long, difficult time and finally had relief, or celebrated a happy event they’d been waiting for, they said, “Blessed is He who has allowed us to live, and sustained us and enabled us to reach this day.” When a son returned home from war, or when a baby was born, or some other wonderful thing, they uttered this prayer to praise God for bringing them to that point in their lives.

Even in times of grief, when someone died or they heard tragic news, they blessed God. They said, “Blessed is He who is the true Judge.” It was a reminder that God was still good, even when they heard about tragic events, and that He will ultimately bring justice even where justice doesn’t appear to be seen at all. This is a particularly important reminder to us considering what’s taking place around the world and more specifically in places like Syria and Iraq and the unbalanced judgment and condemnation Israel is experiencing at the moment in its war with Hamas.

It’s easy to start worrying that God is not in control, and not remember His continual faithfulness that sustains every minute of the day. Nothing occurs in our lives personally or in the world generally that hasn’t already been sovereignly approved of by God who orders and holds all things together by the power of His will. David shared wrote the recipe for keeping God’s loving care in the forefront of our mind in Psalm 103.

Bless the Lord, O my soul, and forget none of His benefits,

Who pardons all your iniquities, who heals all your diseases;

Who redeems your life from the pit, who crowns you with lovingkindness and compassion;

Who satisfies your years with good things so that your youth is renewed like the eagle.

The Lord performs righteous deeds and judgments for all who are oppressed.

He made known His ways to Moses, His acts to the sons of Israel.

The Lord is compassionate and gracious, slow to anger and abounding in lovingkindness.

He will not always strive with us, nor will He keep His anger forever.

For as high as the heavens are above the earth, so great is His lovingkindness toward those who fear Him.’

Based on the writings of Lois Tverberg