What Does The Bible Say About Marriage? 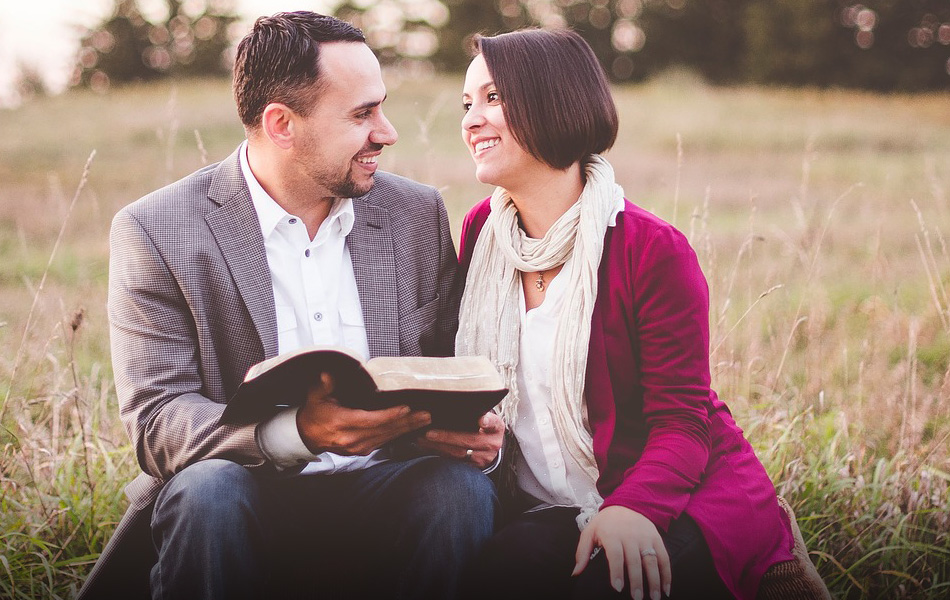 The institution of Marriage has been with us for Millennia.

The Biblical definition of Marriage can be traced to the very beginning of the Bible – Chapter 2 of Genesis, where God declares it is not good for Adam (the first man) to live alone. All the animals are there, but none of them are a suitable partner for Adam. God, therefore, in a special act of creation, makes a woman. Just a few verses later, the woman is called “his wife” (Genesis 2:25). Eden was the scene of the first marriage, ordained by God Himself. The author of Genesis then records the standard by which all future marriages are defined: “A man leaves his father and mother and is united to his wife, and they become one flesh” (Genesis 2:24). This passage of Scripture gives several points for understanding God’s design for marriage.

First, marriage involves a man and a woman. The Hebrew word for “wife” is gender-specific; it cannot mean anything other than “a woman.” There is no passage in Scripture that mentions a marriage involving anything other than a man and a woman. It is impossible for a family to form or human reproduction to take place asexually. Since God ordained sex to only take place between a married couple, it follows that God’s design is for the family unit to be formed when a man and woman come together in a sexual relationship and have children.

The second principle from Genesis 2 about God’s design for marriage is that marriage is intended to last for a lifetime. Verse 24 says the two become “one flesh.” Eve was taken from Adam’s side, and so she was literally one flesh with Adam. Her very substance was formed from Adam instead of from the ground. Every marriage thereafter is intended to reflect the unity shared by Adam and Eve. Because their bond was “in the flesh,” they were together forever. There was no escape clause written into the first marriage that allowed for the two to separate. That is to say that God designed marriage for life. When a man and a woman make a commitment to marry, they “become one flesh,” and that is why they say, “Till death do us part.”

A third principle from this passage about God’s design for marriage is monogamy. The Hebrew words for “man” and “wife” are singular and do not allow for multiple wives. Even though some people in Scripture did have multiple wives, it is clear from the creation account that God’s design for marriage was one man and one woman. Jesus emphasized this principle when He appealed to the Genesis account to counter the idea of easy divorce (Matthew 19:4—6).

Though the world is attempting to provide their own definitions for what they call “marriage,” the Bible still stands. The clear Biblical definition of marriage is the union of one man and one woman for life.

Adapted from an article at gotquestions.org

In Australia, the Marriage Act 1961 is the current Act that regulates marriage law in Australia. The Act was passed by the Australian Parliament and has been amended on numerous occasions and applies uniformly throughout Australia; and any law made by a State or Territory inconsistent with the Act is invalid. The Act is made pursuant to power granted to the federal parliament under s.51(xxi) of the Australian Constitution.

Until the enactment of the Marriage Amendment Act 2004, there was no definition in the Act of “marriage”, and the common law definition used in the English case Hyde v Hyde (1866) was taken as applicable.[3] The definition pronounced by Lord Penzance in the case was: “I conceive that marriage, as understood in Christendom, may for this purpose be defined as the voluntary union for life of one man and one woman, to the exclusion of all others”.