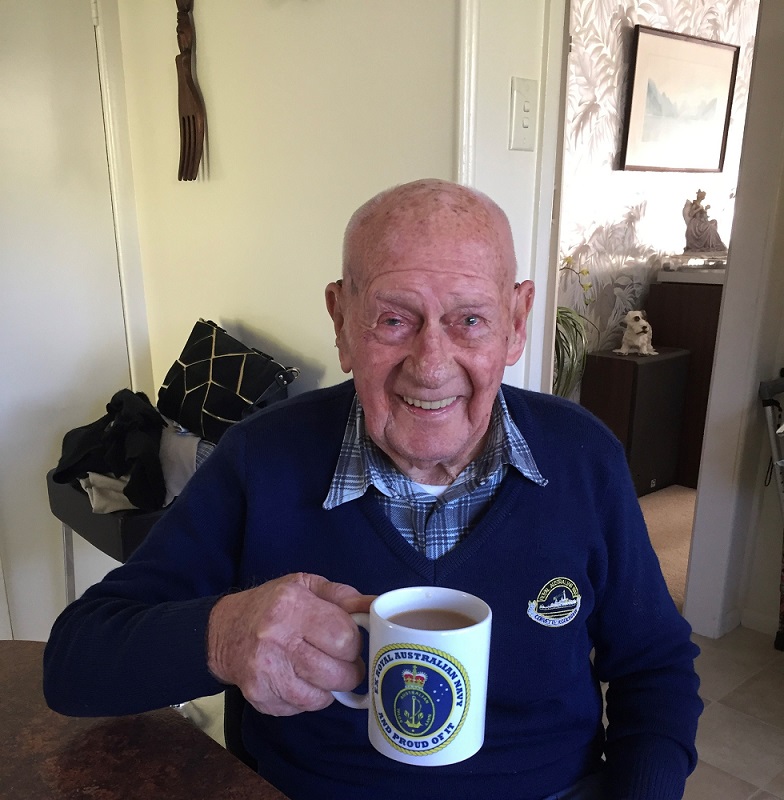 ‘Ken entered the Navy as a 17-year-old to fight in the war. His father was a merchant seaman, and he wanted to honour him. After the war, he left the Navy and lived by his own rules. He was stern when I met him, and I knew he was a guy you treated with respect. We spent many years praying for him and trying to live the right lifestyle in front of him, and we could see he was softening. He smoked all his life and every night he would have three tallies (beers) a night. That’s how he lived his life. He started to soften a little bit more when his grandchildren came along. You could see those cracks starting to appear.

He was 92 when he finally surrendered himself to Christ. He and his wife were living in Brisbane, and we lived on the Sunshine Coast. My wife had been going down to Brisbane to look after them two or three days a week so they could keep living in their house. Ken’s wife was Christian, but Ken didn’t want a bar of it. But God is faithful. I ended up saying to my wife to give them a copy of The Word For Today. Apparently, he used to read it all the time. At this point, he was 91 and had a bit of a dodgy heart, and we almost lost him. He ended up getting a pacemaker put in and that’s when the Lord put it on my heart that I needed to do something as he was at the point of death. I said, “Lord, if you pull Ken through, I’ll go down and share the gospel with him.” It was all God’s timing. It gives me a lump in my throat thinking about it, but when I got there, he humbled himself before the Lord. It was just amazing.

Ken’s favourite hymn was How Great Thou Art. To think that the guy who wrote that hymn was a merchant seaman who ended up being a slave trader and came to the Lord late in life. The comparisons are unbelievable. God saved a wretch like him. It’s just amazing.

It just goes to show that if we’re faithful, God will take care of the rest. It’s so easy to run in with all guns blazing. And often, churches focus on saving young people, but an old soul has a lot of sin in their life. So for an old soul to come to the Lord, you know He must really love people.’

Listen to Richard’s insight into Ken’s conversion below: